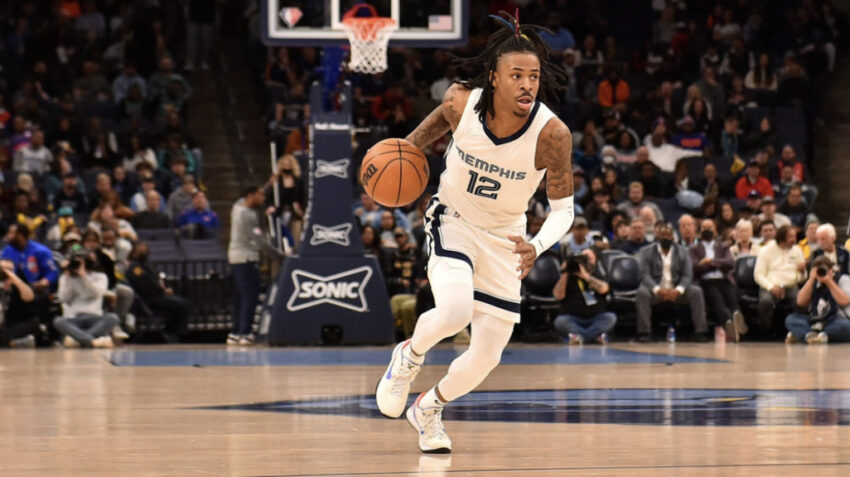 The NBA has been around for 76 years and with that comes a lot of talent. There have been many greats that have come and gone, and while the “GOAT” debate is widely talked about, one topic that lies in the shadows is the debate of who is the true face of the NBA.

As the NBA continues to evolve and the competition among players intensifies, the criteria for being considered the face of the league becomes increasingly complex. At the core of this distinction lies a combination of talent, marketability, and personality.
The most crucial aspect of becoming the face of the NBA is talent. A player must not only be able to perform at a high level on the court, but also do so consistently over a long period of time. They must be able to lead their team to the playoffs, and even to a championship, demonstrating their ability to be a leader on the court. LeBron James is a perfect illustration of this, as he has consistently led his teams to the playoffs and even to championships, cementing his status as the face of the NBA.

Talent goes a long way as you capture the eyes of people, and have people look up to you, however, Marketability is crucial for any player hoping to become the face of the NBA. In order to capture the attention of the public and build a larger brand around themselves, players must demonstrate their ability to sell merchandise and secure endorsement deals. Luka Doncic, for instance, has done just that, recently inking a 5-year, 7-figure deal with the Jordan Brand and securing an endorsement deal with Nike.

But marketability is only one piece of the puzzle. Players must also be able to connect with the public on a personal level, showcasing a relatable personality and an understanding of social issues. Giannis Antetokounmpo is a prime example of this, as he has cultivated a strong relationship with fans and has spoken out on issues of social justice when they are of importance.

With that Criteria in mind, and the wide usage of apps such as TikTok it’s important to take note of a young player with wide social media presence on being the face of the NBA. One player that stands out in this category would be Ja Morant.

Ja Morant has quickly become one of the most exciting players to watch in the NBA, and it’s no surprise that he was named the best player under 25 by The Step Back. When you are asked to name a player for the Grizzlies the first player that comes to mind is Ja Morant. In just his second season in the league, he led the NBA in points in the paint and was recognized with a Second-Team All-NBA selection, an All-Star starter nod, and the NBA’s Most Improved Player award. It’s clear that Morant is a force to be reckoned with on the court, and he’s determined to bring a championship to the Memphis Grizzlies and earn the top spot in the rankings of NBA players under 25.

But Morant’s impact goes beyond just his stats and accolades. He has a unique personality and style of play that has made him a fan favorite, particularly among younger generations who watch highlights on social media platforms like Twitter and TikTok. He’s also active in the Memphis community, engaging with fans on social media and supporting local businesses. All of these factors contribute to his marketability, which has already earned him endorsement deals with Nike, Orange Mud, Pizza Hut, and other companies, as well as partnerships with Memphis-based businesses like Huey’s and Keep.

Ja Morant has already released his own signature shoe with Nike and it’s possible that he will have more to come in the future. Until then, fans and analysts will be watching closely to see if Morant can live up to his potential and become the face of the NBA in the next decade, joining the ranks of players like Giannis Antetokoumpo, Luka Doncic, and Jayson Tatum. But regardless of how his career plays out, Morant’s determination, talent, and passion for the game make him a player to watch in the future.

But it’s important to remember that Morant’s success didn’t come easy, which makes his story so appealing for avid NBA watchers. Throughout his career, he has faced doubts about his ability, starting in AAU tournaments and continuing through college basketball. But he has consistently proven his talent and earned his place as a top pick in the NBA Draft. He brings energy and emotion to the game and serves as a representation of those who have been given great physical gifts but told they don’t belong. The Grizzlies can build a great team around this young guard as His attitude and style of play make him a unique star, and it’s easy to see why he is the face of the NBA’s next generation.

Morant’s marketability extends beyond just his endorsement deals, as he has already been featured in a handful of Nike ads and served as the face of the Nike Adapt BB shoe campaign. His shoe contract is similar in length to his NBA contract, which will expire at the end of the 2022-23 season. At that point, his new max-contract will begin, and he will have the opportunity to sign even more endorsement deals and partnerships.

The challenges of being in the Memphis market, where Morant plays for the Grizzlies, include limited exposure compared to larger markets. But Morant has been able to break through the noise by being an active presence in the community, engaging with fans on social media, and being vocal about his desire to bring a championship to the city. All of these factors contribute to his growing marketability, which is sure to continue as he continues to rise through the ranks of the NBA.

In the end, only time will tell if Ja Morant will be the face of the NBA in the next decade, but he certainly has the potential to be one of the greats and make a lasting impact on the game. His determination and drive to be the best have already earned him a place among the top players in the league, and there’s no doubt that he will continue to work hard and make his presence known for many years to come.