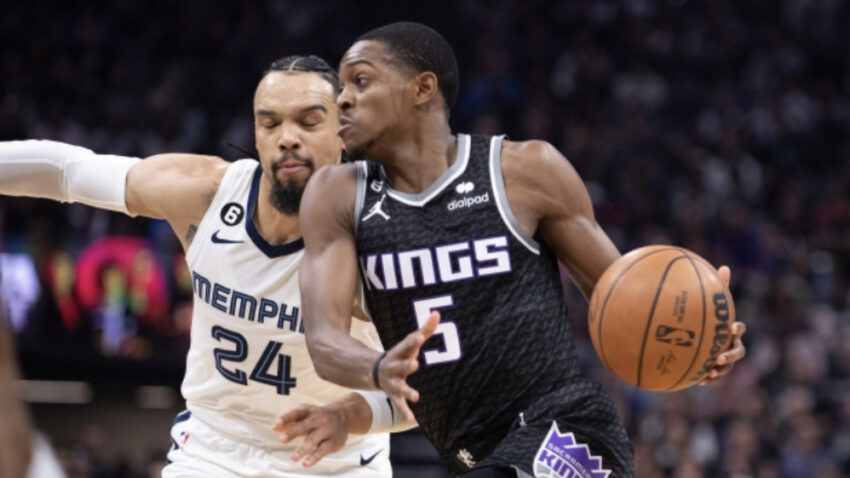 The Sacramento Kings have no doubt been the dark horse in the western conference this year, starting the year at an unbelievable 6th seed in the west. The young team is fast,athletic, loves to get down the court and score lots of points, and are very exciting. When you’re playing that style of basketball, the face of your team must carry those skills. The young Kings star De’Aaron Fox has everything to offer and more. Leading the expected lottery pick team to be the best team in California this year. A long season is still ahead, will the young star De’Aaron Fox’s talent be enough to get them to the playoffs?

De’Aaron Fox is averaging 24.3 points per game,4.9 rebounds per game, 6 assists per game, while shooting 52% percent from the field. Fox’s ability to score in transition being one the fastest players in the league allows the players around him to play at such high speed. Fox’s rebounding ability for a point guard is so valuable, he can start fastbreaks himself instead of depending on a big man’s outlet. Fox’s quick first step can get him past any defenders and allow him to get to his spots. He has had the floater since he was drafted, and developed a well consistent midrange as well.

As well as Fox can get to the rim, and have success in the 15 feet range, a big improvement from him this year has been his three point success. Fox is shooting 38% from beyond the arc this year, shooting 32% for his career. Adding that third level to his scoring makes his speed and other attributes that much harder to guard. He has already had success with his midrange, floater and finishing ability, and having that third level of scoring available to him constantly will make him a huge threat.
Fox’s play is the leading factor for Sacramento’s success, but they are getting contributions from many others. The offseason additions to the Kings have helped them become competitors in the west. Sacramento’s major additions brought in Kevin Huerter, Malik Monk, and Keegan Murray. Adding three quality contributors has been highly beneficial early on. The shooting ability, athleticism, and the ability to score on the new players alongside Fox has been a perfect match. A big help has been having a big man in Domantas Sabonis.

A big man who can do it all, and stretches the floor out for those other scores and gives many threats with the pick and roll game with Fox. The only factor standing in the way of these young stars are the more experienced teams in the west.

The Kings are having their best season in a while, and credit goes to their team effort. Head coach Mike Brown has a good job of integrating the new players and having them thrive around the star duo of Fox and Sabonis. Mike Brown, a coach who has been to the NBA finals with Cleveland in 2007, former coach of the year, coached the Lakers alongside hall of fame coach Phil Jackson, and was part of the back to back championships of the Warriors.

The way Mike Brown has elevated role players like Kevin Huerter to be one of the best shooters in the world, gave Malik Monk a chance to thrive and play his game freely, develop Davion Mitchell into the young elite defender he is, also playing Harrison Barnes as that veteran leader who knows what it takes to play at championship level. We have a couple teams sneak up on us this year and surprise the league, but their fire has burned out quick. Will the Sacramento Kings be able to keep this momentum going and carry this run into playoff contention?