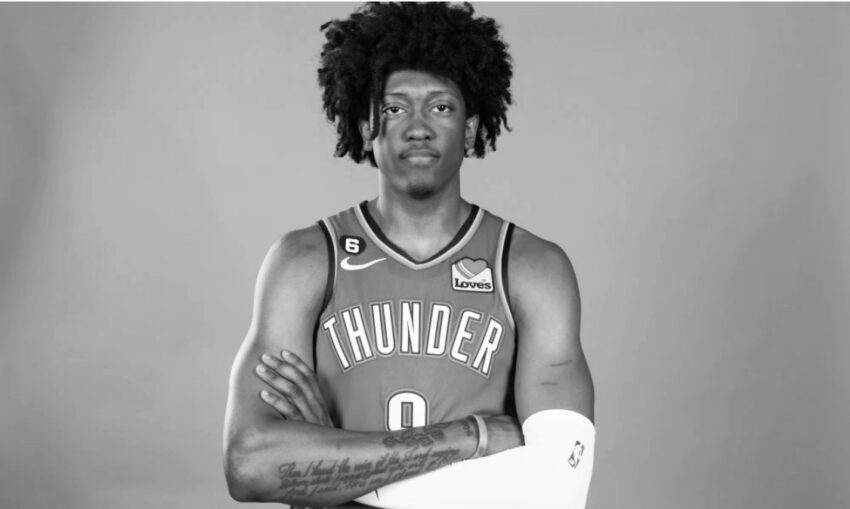 Jalen Williams who has recently won NBA rookie of the month, has been a big help for the Oklahoma city thunder.  Jalen Williams, who has an early first round pick, had big expectations with the draft picks the Thunder put alongside him, and he has lived up to it.

Jalen is averaging 11.5 points a game,3.9 rebounds per game,2.9 assists, shooting 50% from the field.  Getting his way not only in the starting lineup, but even taking some big shots at the end of the game.  Jalen’s athletic ability is incredible giving him room to get out in transition, constant cutting, lob threats, and good finishing ability at the rim. What makes Jalen such a talent is the fact that he plays his role on his team to the best of his ability night in night out.

When playing alongside players that command attention from defenses the way Shai Gilgeous Alexander does, playing off the catch is an important skill.  Playing off the catch can mean being able to catch and shoot, put the ball down and create your own bucket or assist, or go into your own isolation from there.  Jalen as a rookie has developed the ability to be a threat without the ball and still find ways to be successful even without being the primary ball handler.

Jalen Williams is in the position to grow and become an elite defender, already shows great finishing, can score at many spots on the court,and is hungry to get better.  Size, heart, and hunger for improvement are some of the only things you can’t teach an athlete.  Once the experience and the fundamentals catch up, he will be a force in the league.

Alongside playing with Shai, Jalen plays alongside a great playmaker in Josh Giddey.  Playing with these good players and the system of the thunder it shows why Jalen has been so good for this organization.  The bigs being able to stretch the floor and create lanes for the backdoors, and the cuts off drives gives Jalen room to thrive.

Oklahoma City Thunder are a young team and have given some of the best teams losses this year. Reaching this second half of the season, the Thunder hope to try to fight and grab a play in spot.