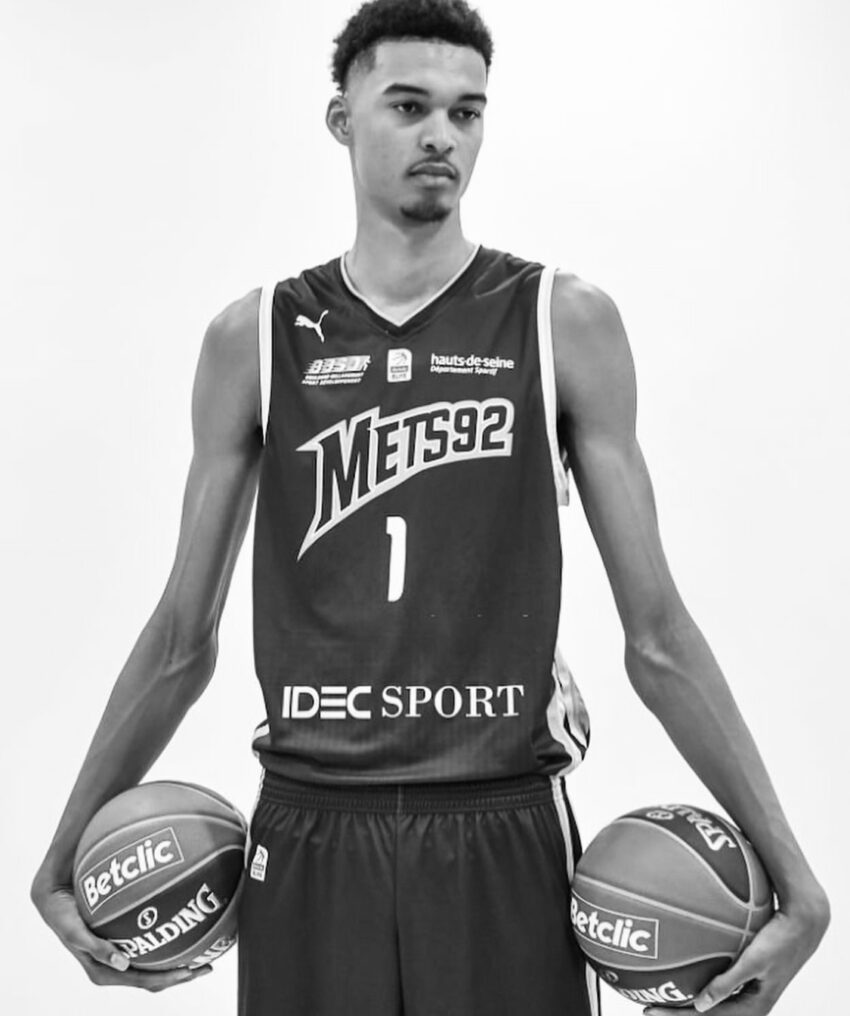 Victor Wembanyama is in the spotlight since his two performances with the Metropolitans 92 of France against the G League Ignite team during two exhibitions in Henderson, Nevada. The Frenchman scored 37 points while shooting 7/11 from the 3-point line, and had 5 blocks and 4 rebounds in the first game lost by the Metropolitans 92, 122-115. The French team won the second exhibition 112-106. In this win, the 7-foot-4 phenom went for 36 points, 11 rebounds, and 4 blocks. The question that everyone is asking is: Where the projected No. 1 pick of next year’s NBA draft will go?

1. San Antonio Spurs – The San Antonio Spurs are famous for being a team who mold some American but also international talents over the years. The Texas franchise had players like David Robinson, Tim Duncan, Manu Ginóbili, Tony Parker, Kawhi Leonard, LaMarcus Aldridge, Demar DeRozan, Patty Mills, etc. However, regarding today’s Spurs, the team is not a playoff contender since the players are too young and inexperienced. Gregg Popovich’s team could have another season to forget. Now, regarding the future of the Spurs, the eyes are turned to Victor Wembanyama. This team could be a good fit for the Frenchman since Popovic could take him under his arm to make him progress the same way he did in the past with Duncan, Parker, Ginóbili, etc.

2. Detroit Pistons – The Detroit Pistons are becoming an interesting team since Cade Cunningham has been drafted by them in 2021. Saddiq Bey and the rookie drafted at the fifth position Jaden Ivey also allow Detroit to start a new era. One piece is still missing from the Pistons to be a top contender. This piece could be Victor Wembanyama. Adding “Wemby” ( the name fans gave him on social media ) to the team could make appear a bright future in Detroit. It is possible to imagine the Pistons’ next season with Cunningham and Ivey throwing some alley-oops to the 7-foot-4 Wembanyama. Even if the Pistons have traded for veterans like Bojan Bogdanovic, Alec Burks, and Nerlens Noel, it is imaginable that they want to add a better piece with the Frenchman and add better chances to fight for a title in the future.

3. Oklahoma City Thunder – Oklahoma City Thunder’s hopes were high for the 2022-2023 NBA season but with the 2022 No. 2 pick, Chet Holmgren injured and incapable of playing this season, hopes went back down as quickly as they went up. Shai Gilgeous-Alexander and Josh Giddey are two guards that can put Wembanyama in good positions. It would be really interesting to see how Chet Holmgren and Victor Wembanyama could share the court on the offensive hand of course, but especially on the defensive one. The 7-foot-4 “Wemby” combined with the 7-foot-1 Holmgren could put the Pistons as the Top 1 defensive team in the league.

4. Houston Rockets – James Harden’s departure from the Houston Rockets in January 2021 meant that reconstruction was on the way. Since then, the Rockets drafted the No. 2 pick Jalen Green in 2021. In 2022, they selected the No. 3 pick Jabari Smith Jr., and the No. 16 pick Alperen Şengün. However, the Rockets then decided to get rid of John Wall and trade Christian Wood and Daniel Theis. This young roster is now the face of the franchise. A starting lineup made of Jalen Green, Jabari Smith Jr., Kevin Porter Jr., Victor Wembanyama, and Alperen Şengün could potentially be a problem for the other teams in the future. So far in the 2022-2023 NBA season, Green averages 19.5 points, 4.1 rebounds, and 2.2 assists per game.

5. Orlando Magic – The No.1 pick of the 2022 NBA draft, Paolo Banchero has already proven that he is the face of the Magic by being the leading scorer. Of course, the No. 5 2021 draft pick Jalen Suggs and the No. 8 pick Franz Wagner are also essential players for the team. To that, the two point guards Cole Anthony and Markelle Fultz, injured at the beginning of the 2022-2023 season so far, can strongly contribute. In the same pattern as the other teams, the Orlando Magic miss a piece to see them be in the top 10 teams of the East. “Wemby” could be a great fit for the Magic that could add another strong scorer to the team. Banchero and he could be a must-see duo since Banchero is the No.1 pick of the last NBA draft and Wembanyama the projected No. 1 pick of the next one on June 22, 2023.
Finally, the 2022-2023 season will be interesting to watch since many teams will probably be tanking to acquire, “a generational prospect”, according to LeBron James.

However, according to the NBA’s lottery rules, all three teams with the worst regular season record will have a 14% chance of winning the No. 1 pick next June in the 2023 NBA draft.