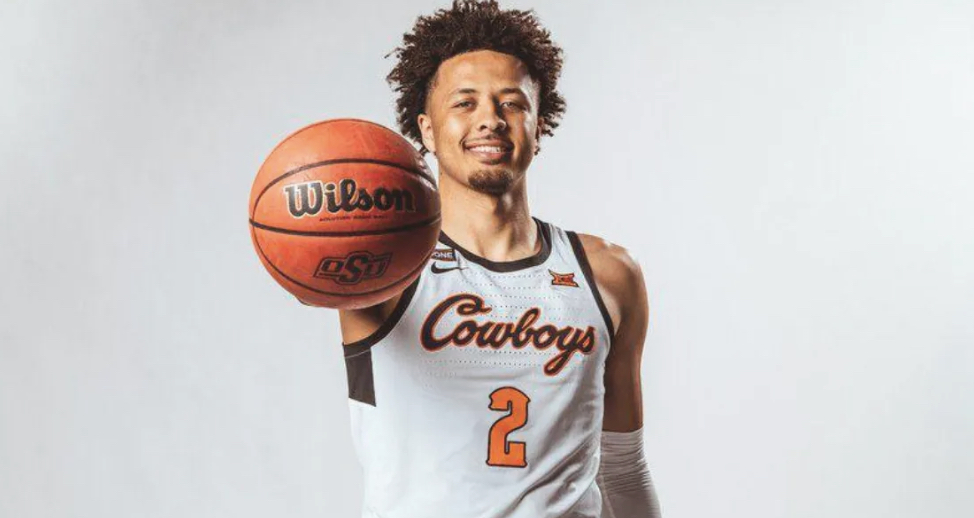 This year’s NBA draft is filled with players that dealt with a lot of adversity playing through a pandemic season. Looking at this draft class it’s filled with point guards that are underrated coming out of college but will look to take that next step in the league. With that, Anthony Forrester takes a look at his top Point Guard prospects in this year’s 2021 NBA Draft.

1. Cade Cunningham, Oklahoma State – Cade Cunningham lived up to the hype at Oklahoma State with his ability to lead his team to the tournament and light up games when his team needed him to. The 6’8” guard comes in with a versatile frame at the next level that will allow him to transition smoothly. Cades high basketball IQ and star playmaking make him a worthy guard to lead a franchise.

2. Jalen Suggs, Gonzaga – Jalen might have fallen short of a National Championship but he showed flashes all seasons of being a starting guard in the NBA. His ability to finish in transition Jalen should have no problem transitioning to the speed of the game in the NBA. Jalen has the potential to be a consistent scorer in the NBA one day.

3. Tre Mann, Florida – Tre came in after a subpar freshman season and showed resilience in year two as he led a Florida Gators team to March Madness. Tre ability to hit the three at a consistent rate can help him be a shot maker a team will love to add to their team. His court vision will help him tremendously as his potential to be a playmaker at the next level.

4. Davion Mitchell, Baylor – Davion showed his leadership as he played a huge role in Baylor winning their first Men’s National Championship ever. His ability to play on the ball and off the ball really will help him as he tries to make that transition to the NBA. Davion’s ability to get it done on not only the offensive side of the ball but the defensive as well will help him with his adjustment to the league.

Sharife had a late start to his college season but he showed flashes of deep shot making that can help him in today’s NBA. Sharife’s pace is going to be key for him at the next level as he tries to finish in half court sets and transitions. Sharife might fall later in the draft but could be a potential player that can end up being one of the best guards out of this class.

6. Max Abmas, Oral Roberts – Max took the college basketball world by storm when he helped lead Oral Roberts to a Cinderella run in the tournament. Max is a tough guard that will get it done on both sides of the basketball and which will be key for him as he tries to make his dream come true of playing in the NBA. His ability to be a resilient guard gives him the ability to be a guard in the league for years to come.

7. Josh Giddy, Adelaide 36ers –Josh is a player based on straight potential coming out of the league that current rookies like Lamelo Ball and RJ Hampton recently played in shows a little bit of a measurement for NBA teams as they are evaluating him. Josh will have to use his strength which is playmaking so he can try and be a factor for a NBA team. His 6’8” frame makes him an interesting prospect in this draft.

West Virginia is a tough nose program that produces hard nose guards that play the game the right way. Miles comes into this draft as a solid guard that looks comfortable in college and really played at a high level during his time at West Virginia. As Miles makes the transition to the next level his ability to playmake off the pick and roll and hit catch and shoot will help his game tremendously at the next level.

9. Ayo Dosunmu, Illinois – Illinois did not have the result many thought they would have but we can not let that take it away from the season Ayo had at his time with Illinois. He helped Illinois be revived to a spot to play elite basketball once again. Ayo is a heart and soul type player that brings energy to the floor with his play on the floor. Ayo athleticism and will to win gives him the ability to be a role player in the league one day.

10. Jaden Springer, Tennessee – Jaden has the ability to be the steal of the draft with his shot making ability and NBA style of play. Jaden needs to be a consistent shooter from deep if he wants to be a guard in the National Basketball Association. Coming from a Tennessee program that has produced NBA players in recent years really shows the type of players Tennessee has in their program. Jaden’s playmaking ability to develop to a good playmaker at the next level will be key for him as he attempts to be a NBA guard.