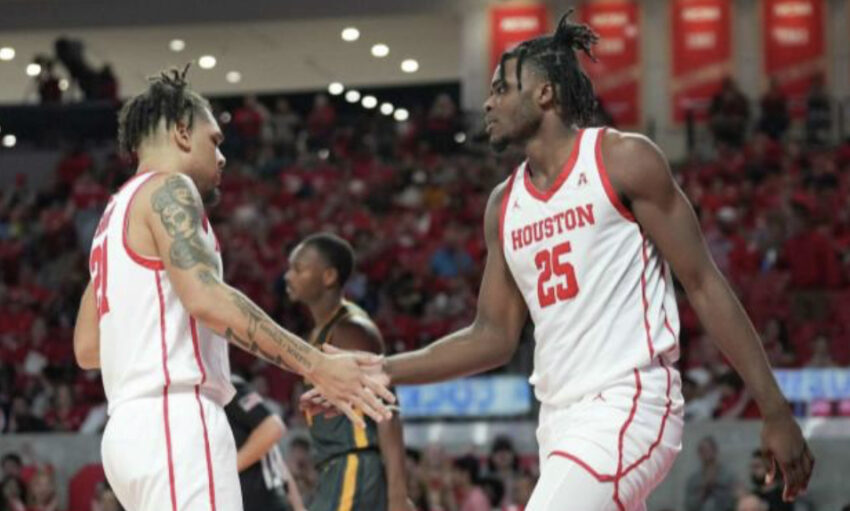 Jarace Isaiah Walker is a power forward at the University of Houston in his freshman season. Walker is a borned native from New Freedom, Pennsylvania. He  was a top talent in the 2022 class and a unanimous five-star recruit while attending the prestigious high school which is IMG Academy in Florida. Coming out of high school, Walker rounded out the top 10 in ESPN’s top 100 rankings.

Walker is a solid forward who has a lot of physical strength. He exhibits good quickness and vertical explosion in addition to having broad shoulders and a sturdy build.

Walker is a skilled athletic player who can fill a variety of positions on both sides of the court. He possesses the ability to compete inside the post versus “real” centers and can also defend all the positions down the lineup. He also makes a good rim protector when coming from the weak side on the floor. On defense, his extra wingspan which extends well over 7 foot 2 allows him to block a ton of shots.

Walker prefers his attacks to come from the mid-post area. When he has the ball, has the ability to use a variety of maneuvers while facing up. While standing at 6-foot-8, Walker is proficient at both close-range shooting and getting to the hoop.

With that being said, Walker has only scored 12 total points in the last three games combined. Before those three games, Walker had a 17-point game against the number two team in the nation the University of Virginia.

In his most recent game against UCF on New Year’s Eve, Walker did not make a shot from the field as he was 0-5. His only points came from the free-throw line. Walker did grab three rebounds and recorded a singular block and assist in the win.

Though Walker’s shooting form is a little unconventional, he still has enough time to modify it. He requires a lot of room to get a clean shot off because the release itself is a bit delayed.

He does have a poor 3-point shooting percentage but  what he lacks in his 3 point shooting average he clearly makes up for during his mid-range jump shots.

Though he has been a bit shaky in recent games in the scoring department, Walker’s play this season has allowed him to win two league’s Rookie of the Week for the American Athletic Conference.

Averaging 8.8 points a game this season, he has a tremendous amount of potential to become a true wing at the next level if he is able to work on his shooting. He is also averaging around 45.7 percent from the field. As well as, averaging almost six rebounds per game.

Walker has the potential to be an early to mid-lottery pick depending on how the rest of his development plays out during his time in Houston.

Currently, Houston is the No. 3 ranked team in the nation with only one loss on their resumé. Walker looks to help the Cougars dominate the season as they face SMU on January 5th and create another notch for that lottery pick.