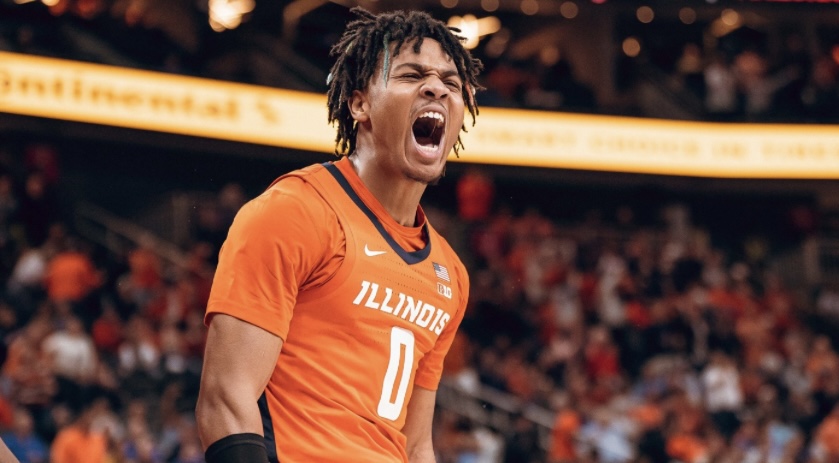 Terrence Shannon Jr. was on everyone’s radars in 2019. A four-star, top-100 recruit in the Class of 2019, basketball coaches across the Nation were hoping to add him to their squad.

Although recruited by many, TSJ found a home with Texas Tech. Shannon was an all-star freshman, starting in 21 of 29 games, averaging 9.8 points and 4.2 rebounds. He was awarded Big 12 All-Freshman Team and Big 12 Newcomer of the Week.

Shannon returned for his sophomore year, breaking personal records and gaining confidence on the court. He shot nearly 45% from the field and 36% from the 3-point range. He scored in double figures 22 times and earned his first career double-double (23 points, 10 rebounds) against LSU.

After that season, Shannon prepared to enter the 2021 NBA draft. However, the Red Raiders and its fanbase were pleasantly surprised when Shannon decided to play on the collegiate level for another year to improve his stock. He played a versatile role on the court as a young player for Texas Tech, and he was ready to do it again in his junior year.

Unfortunately, an ongoing back injury restricted him from reaching his full potential in the 2021-2022 season. His shots increased in accuracy percentage, but his scoring average declined slightly. This was not the comeback season Shannon expected or deserved.

Terrence Shannon Jr. decided to switch things up for his senior year. Instead of returning to the Red Raiders or entering the draft again, TSJ shocked the Nation when he put his name into the transfer portal.

It took no time at all for the 6-6 guard to be scooped up by a hungry roster. Illinois basketball and their head coach Brad Underwood knew Shannon had a ton of juice left to give to a willing program. Underwood was already heavily recruiting Shannon back in high school so he was confident in his skill set and progression.

The Chicago native was convinced to return home to Illinois. From Red Raider to Fighting Illini, the 2022-23 basketball season was going to sting for one program and make a crucial impact on the other.

TSJ has an extensive list of stats from his years at Texas Tech. He totaled 915 points, 223 rebounds, 120 assists, and 80 steals, all impressive numbers not surprising for the explosive playmaker. Illinois basketball was ready and prepared to utilize his skill set and dissolve any speculation about his shot game.

TSJ has been praised by coaches and teammates alike for how hard he works. He goes the extra mile, waking up before the crack of dawn to get his sessions in.

So far this season, the Illini are expecting a lot from the forward transfer. It is pretty obvious Illinois basketball will be relying heavily on a consistent, healthy, and powerful season from Terrence Shannon Jr.

Shannon is a spark on the court. His work ethic motivates his teammates and when he explodes during games, everyone watching can be impressed. A strong force most known for his defensive skills and athleticism, Terrence Shannon Jr. is a great addition to Illinois’ current roster.

In his first season at Illinois, TSJ has made an immediate impact on the team. He is averaging 10.5 points and 7.5 rebounds per game and has helped lead the Fighting Illini to a top-25 ranking.

The versatile guard has been proving he can contribute in manyways on the court. Shannon is a solid three-point shooter and can also attack the basket and finish strong. TSJ is a strong rebounder and can execute plays on both ends of the court. Shannon has also been a key part of Illinois’ strong defense.

Terrence Shannon Jr. will be a valuable asset to the Illinois Fighting Illini basketball team. His experience and leadership will be crucial to the team’s success, and he will be a key player for the Fighting Illini as they look to make a run in the 2023NCAA Tournament.