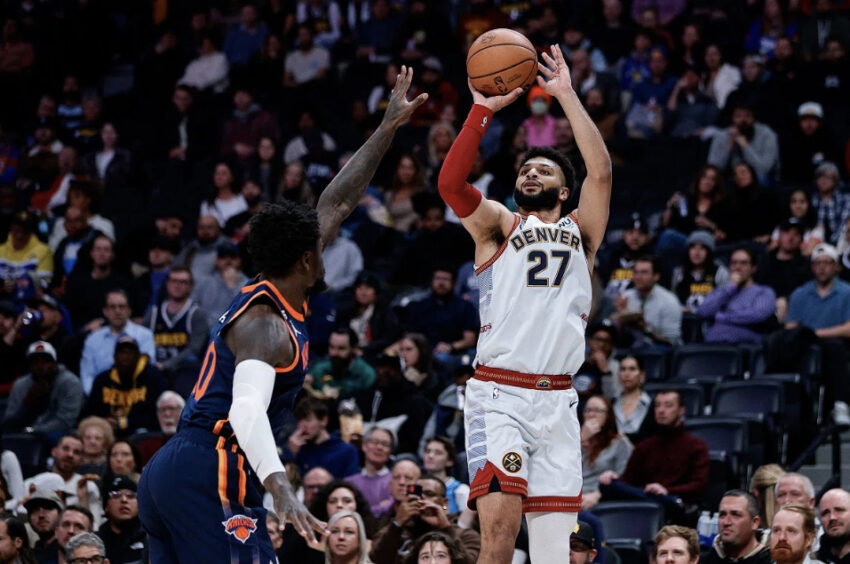 Coming to the 2022-2023 season, one of the biggest threats coming out of the west is the Denver Nuggets.  A big reason for that being the return of Jamal Murray, alongside Michael Porter Jr.  Falling short to a stacked Warriors squad in last year’s playoffs makes the Nuggets miss their stars even more.  Starting the new season, nuggets start off with a 9-5 record, placing them 3rd in the NBA Western Conference standings.

Jamal Murry being back takes a huge load off of back to back MVP Nikola Jokic.  During last year’s NBA season, Nikola posted the highest regular season usage season in history.  With Jamal Murray out, Jokic took that point guard role into his own.  Having Jamal back lets the big man be able to take plays off or get to his spots in the half court.  The amazing three point shooting team will also benefit from Murray’s return with another playmaker on the team.  Some new additions on the team this year with KCP (Kentavious Caldwell-Pope), Deandre Jordan, and Bruce Brown.

The Denver Nuggets bread and butter is their pick and roll game, and their dribble handoffs with Jamal Murray.  They like to go with the pick and roll first and see if they can get the switches first.  When the P&R starts to break down, Jokic pops instead of rolling and if he doesn’t shoot the ball then Jamal comes back around and they go into dribble handoff action.  They can get so much from these sets so they tend to run it throughout a whole game while both players are in the game.  With Jamal Murry’s ball handling IQ, being able to stretch out and pick apart a defense, Jokic can get more post ups and energy conserving shots.  This also makes the switching method on screens a bigger threat having a legit scorer in Jamal Murray.  Jamal Murray is also a great isolation scorer who is filled with a roster full of shooters.  Having guys like Aaron Gordan and Michael Porter for drop downs and kick outs is assuring.  With a healthy team, the Nuggets are sure to keep the early season pressure on the Western Conference.

Fifteen games into the season Jamal Murray is averaging 16.5 points per game, 4.5 assist per game, 3.9 rebounds, shooting 42 percent from the field and 35.5 from three point.  He has been a clear factor in the Nuggets early success this year.  Alongside being a role model and mentor to the young Bones Hyland.  When you look at the way the Nuggets are put together with Jokic, Gordon, Jordan, Hyland, Braun, KCP, and Porter Jr., you can’t help but think the Nuggets are serious contenders.  Jokic is expected to have nothing short from his previous years of reigning MVPs.  With a healthy Jamal Murry that can hopefully get to his full bubble like, all star self, the Denver Nuggets are set up to have a good regular season and plan to make some noise come postseason.