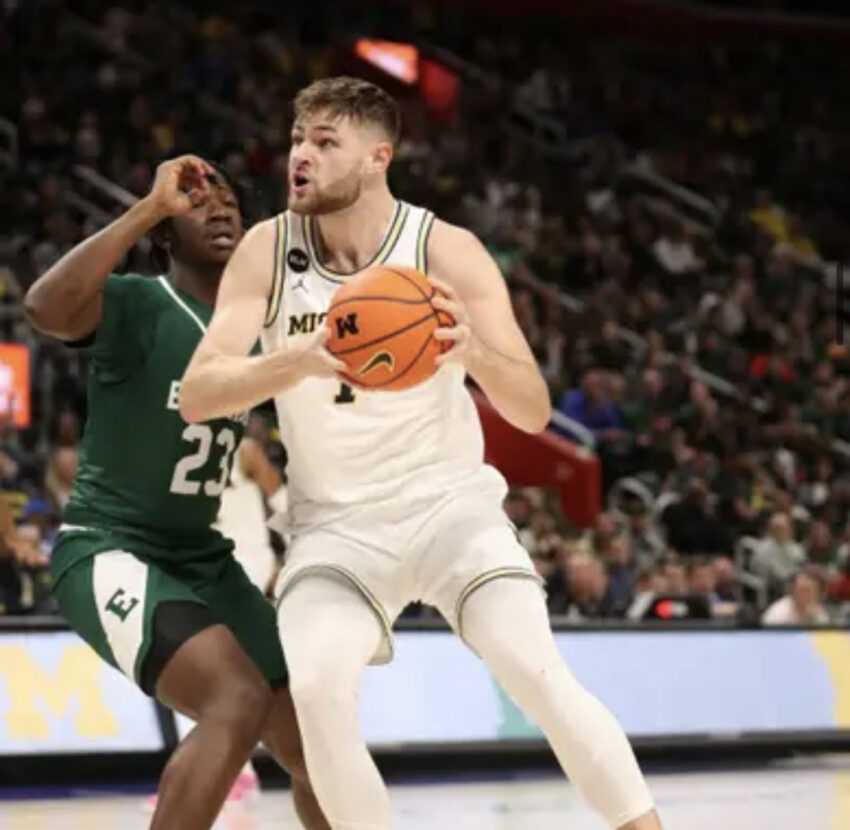 Michigan had to hold off a feisty Eastern Michigan squad 88-83 at the Little Cesar’s Arena Friday night. Hunter Dickerson led the way with 31 points to lead the Wolverines to a victory.

Terrance Williams II had 18 points for Michigan in which he shot 5-21 from 3-point range and 25-40 from the free-throw line. Emoni Bates, who played in his first game for Eastern Michigan after transferring from Memphis, scored 30 points in the defeat.

Noah Farrakhan added 19 points for EMU before fouling out. With the game tied at 77-77, Michigan went on a 6-0 run and took an 83-77 lead with 2:04 remaining on a basket by Jaelin Llewellyn, two free throws by Llewellyn and a put-back basket by Dickinson.

Eastern Michigan cut Michigan’s lead to 83-80 with 1:27 left after a three-point play by Tyson Acuff, but Llewellyn made two ore free throws with 55 seconds remaining to give the Wolverines an 85-80 lead.

Last night game was a sellout crowd which both schools having their fan base and student body in attendance. Eastern Michigan is 1-1 and Michigan is 2-0.