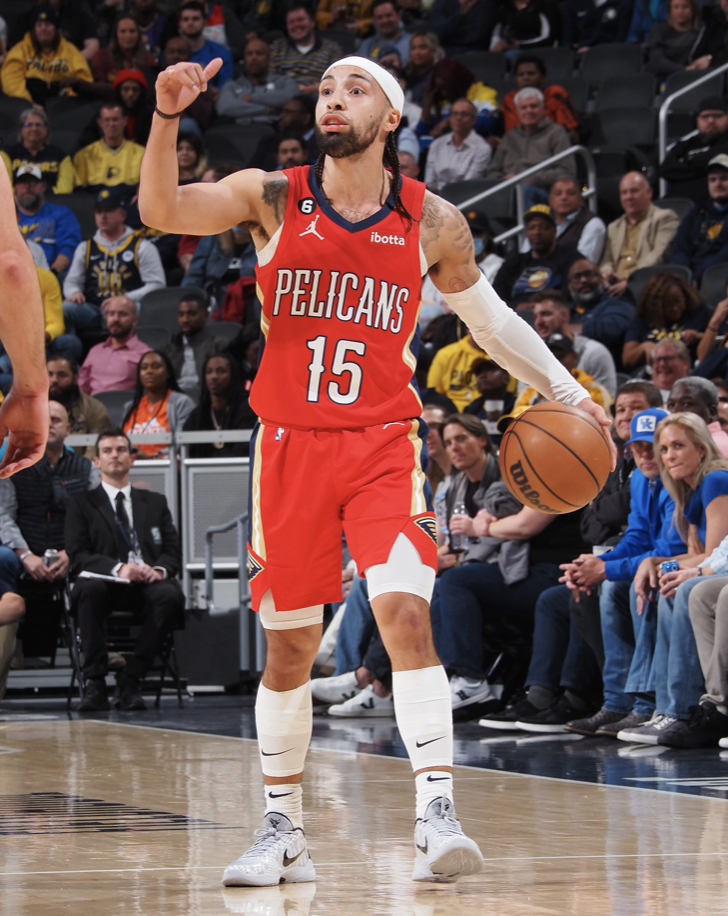 Jose Alvarado worked extremely hard this offseason to escalate his game and become an essential piece for the New Orleans Pelicans. In his rookie year in the NBA, he averaged 6.1 points, 2.8 assists and a staggering 1.3 steals per game. Over the summer he has put in the grind to improve from the occasional 15 minute per game player who gets a few steals, to the certified backup Point Guard who has increased not just his minutes but his style of play.

Throughout the first nine games of the season, he has improved almost every one of his stats but his Steals Per Game. This shows his willingness to not be stuck to one “theme” of getting a few steals per game and being a sneaky Point Guard. He wants to become an all-around point guard that is respected in all aspects of the game.

Over the summer, Alvarado decided he wanted to workout with a former player he felt was most like his style of play and the place he wants to go. This player that he worked out with was former San Antonio Spurs Point Guard, Tony Parker. Working out with Parker helped Alvarado understand the game itself more, become sharper on the court and thrive at what they do best. Parker and many others believe Alvarado always wants to be involved and a difference maker in every game. Parker emphasized seeing the floor better and being able to control the tempo of a game as a Point Guard off the bench.

To start, his playing time has been increased from 15 minutes to 20 minutes by Head Coach Willie Green and the Front Office of the New Orleans Pelicans. As a result of this his PPG has risen from 6.1 to 8.6 and will only continue to do so. His rise in points is directly correlated to the work over the summer he put in to improve his shot. Last season he shot 5.4 field goals attempts per game on 44% shooting and 29% from the three-point line. This season he averages 6.7 field goals per game paired with a staggering 47% from three. He has scored ten plus points in four of his last six and is the number one spark off the bench for the team. His evolution from a one-sided defensive menace to a two-way player who is on pace to average double digit points in just his sophomore season in the NBA.

The Pelicans foreground is centered around the depth of their roster. At Point Guard they have three deep raw players that can do anything on the court named Devonte’ Graham, Jose Alvarado, and Dyson Daniels. At the Shooting Guard they have one of the best scorers in basketball CJ McCollum and a 6’8 22-year-old who can grow to be a freak of nature for their roster, Trey Murphy III. At the three they have Brandon Ingram who is on pace to average 20 plus points per game for his fourth consecutive season. Paired with him is one of the best young defenders in all of basketball, Herb Jones who averages .8 blocks and 1.2 steals per game. At the Power Forward is their star in the making, Zion Williamson who has scored 26 plus points in three of his last four and a tough gritty backup Larry Nance Jr. Lastly at the Center position they have a diverse group for any situation that includes Jonas Valanciunas, Willy Hernangomez and Jaxson Hayes.

With an increased load in playing time, I expect Jose Alvarado’s numbers to flourish in the system Willie Green and the Pelicans have set up. I expect his points per game to upgrade to double digits at about ten a game but specifically you will see his efficiency thrive. His three-point percentage will end at about 36%. His assists and rebounds will remain the same at about two rebounds and three assists while his steals per game will remain at one per game. However, the key point to this season for Jose Alvarado should be his importance and direct impact on the team’s record which comes from his impressive plus-minus that is one of the team leaders off the bench. With a solidified Point Guard who can manage the game and play both sides of the ball are a scary addition for a team like the Pelicans.