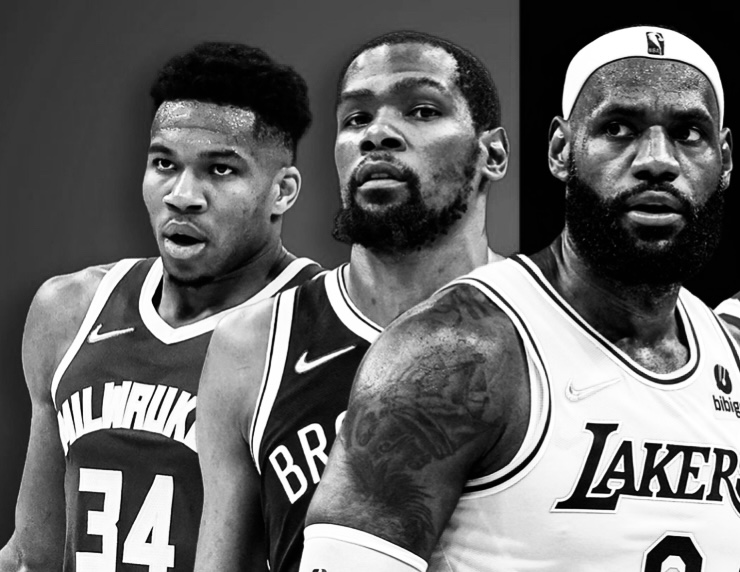 Heads up, NBA fanatics! The time has come for an inaugural piece to my debut. Today’s based on building the perfect player. I will be taking an attribute from current NBA participants in today’s game. There’s only one caveat: once a player is chosen for a singular attribute, they cannot qualify again.

Let’s get these choices underway!

Body: Giannis Antetokounmpo. “The Greek Freak” just has to be my pick here. His wingspan and towering frame would make any coach salivate. At 7 feet and bordering 250 pounds, his sheer size alone intimidates. And what’s even scarier? He’s versatile enough to guard and hold his own against all 5 positions on the floor from point to center. At the peak of his prime sitting comfortably at age 27, he’s made himself a household name in the NBA quickly.

Athleticism and Finishing: Ja Morant. The Memphis Grizzlies have one of the most exciting young players at the point guard position. Sure, the kid may be 6 foot 3, 175, but his nuclear leaping ability is downright insane. The way he attacks the rim with controlled rage looks like something out of a fantasy. Most guards look to facilitate, score outside and mid-range. But Ja? He’s from the mold of John Wall, Russell Westbrook and Derrick Rose. In short, when he contorts his body and his feet get off the ground, someone’s in trouble in the paint.

Defensive Capabilities: Kawhi Leonard. Stoic and refined, the former Poppovich and Casey product should undoubtedly be at the top of a lot of people’s “do not engage with ball” list. The tree of those two coaches was built on high defense and high percentage shots, as Kawhi engineered the force behind taking on LeBron and the Heat, and the Toronto Raptors to their first ‘ship in 2018. When he’s healthy, or at least relatively, the Klaw remains a bonafide stalwart, and gives fits to the offense with versatility.

Shooting/Form: Kevin Durant. KD remains one of the most prolific volume scorers of the past 10 years. At 6’11, he already shoots an unguardable shot at an almost 10 foot apex. Toss in the fact that he’s been a No. 1 option since he stepped on the hardwood, and his career average is 49.6% from the field, and you’ve got a cheat code.

Passing/Ball Handling: Chris Paul. One of the premiere “floor generals” is still getting it done. CP3 is as close to flawless with ball handling as one can get. Even at 37, it’s more his savvy than his athletic abilities that make him such a coveted piece in the Suns offense with youngsters Devin Booker and Deandre Ayton. In the young 2022-2023 season, he’s averaging 10 points and 11 assists. He may be the last of a dying breed of pass-first guards, but he should definitely have solidified a HOF career.

Leadership/Clutch: LeBron James. Come now, was there really anyone else? LeBron has been the unquestioned “alpha” in every franchise he’s played for. He put up stats that were unbelievable during his hallowed career, and he’s brought a ring to all three franchises. From the Hollywood of the Lakers to the unconscious run he went on back in 2016, King James has always performed with the best of the best. Down 3-1 back then, he led the team in all 5 major stat categories including two blistering 41 point outings back to back to close Games 5 and 6 and forced a Game 7. His most recent was the bubble year, where he hoisted the gold in 2020.

With all of these attributes, I definitely believe that this player would be as close to “perfect” as possible.