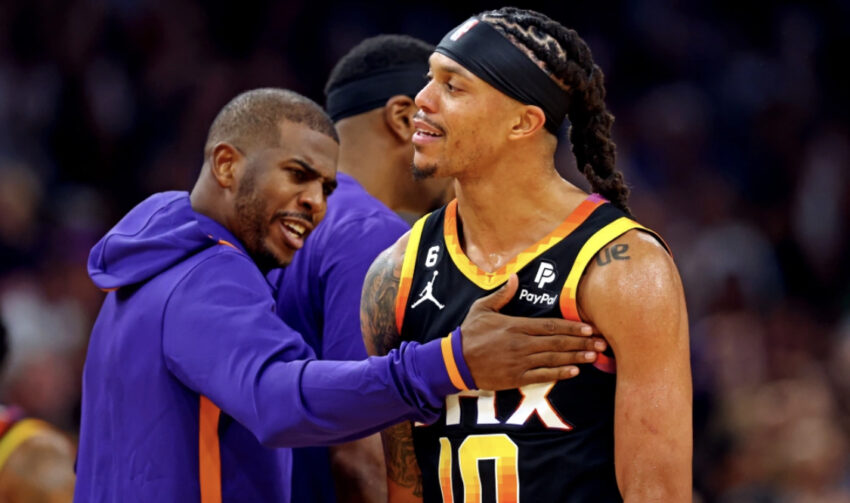 Damion Lee hit the game winning shot with 9.7 seconds left and the Phoenix Suns rallied from a 22-point, third-quarter deficit to pull of a 107-105 victory over the Dallas Mavericks on Wednesday night.

Devin Booker had 28 points and nine assists and Deandre Ayton contributed 18 points and 10 rebounds for the Suns. Cameron Johnson added 15 points, Mikal Bridges had 13 points and 11 rebounds and Lee scored 11 points off the bench.

The Mavericks won the final two games of last season’s semifinals by an average of 30 points to eliminate the Suns, who won an NBA-best 64 games last season.

Phoenix took its first lead since the opening quarter when Cameron Payne scored with 3:10 left to give the Suns a 101-100 edge. Lee followed with a 3-pointer, one of two he made during a 11-0 run that gave Phoenix a five-point advantage with 1:38 left.

Doncic scored the next five points, including a three-point play that knotted the score at 105 with 32.8 seconds remaining. Lee then hit the decisive shot.

Doncic scored the first five points of the third quarter to give the Mavericks a game-high, 22-point lead before Phoenix awoke.

The Suns went on a 31-10 burst and pulled within 77-76 on Payne’s jumper with 1:25 left in the period. Wood scored back-to-back baskets to end the quarter and give Dallas a five-point lead.

Wood scored the first seven points of the final stanza — including two 3-pointers — to give the Mavericks an 88-76 lead with 10:31 remaining.

Johnson scored Phoenix’s first points of the final quarter 26 seconds later before Wood knocked down a short jumper and a 3-pointer to give him 16 consecutive Dallas points. The 3-pointer increased the Mavericks’ lead to 93-78 with 8:31 to go.

Doncic scored 20 points in the first half to help the Mavericks take a 62-45 edge into the break.