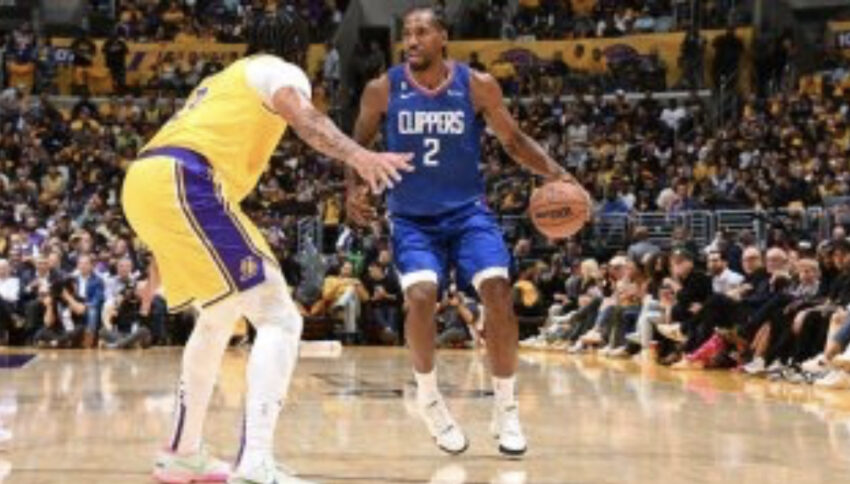 Paul George led the Clippers with 15 points and 10 rebounds and Kawhi Leonard had 14 points and seven rebounds in his return from major knee surgery to help the Los Angeles Clippers post a 103-97 victory over the host Los Angeles Lakers.

John Wall had 15 points in his Clippers debut, Ivica Zubac had a career-best 17 rebounds to go with 14 points and five blocked shots and Marcus Morris Sr. had 14 points as the Clippers defeated the Lakers for the eighth straight time.

The contest was the first for the Clippers. Leonard played 21 minutes off the bench in his first contest since he tore the ACL in his right knee on June 14, 2021 against the Utah Jazz in a Western Conference semifinal game.

Russell Westbrook missed all 11 of his field-goal attempts while scoring two points in 27 minutes for the Lakers, who shot 35.1 percent from the field and were 9 – 45 from 3-point range.

The Clippers outrebounded the Lakers 58-38 and made 46.3 percent of their shots, including 9 of 29 from behind the arc. Luke Kennard hit all three of his 3-point attempts while scoring 11 points.

After the Lakers moved ahead by two four minutes into the final quarter, the Clippers answered with a 12-4 run. The Clippers got consecutive 3-pointers from Reggie Jackson and Kennard to take a 95-91 lead with 5:39 left and later went ahead 99-93 on Wall’s basket with 3:07 remaining.