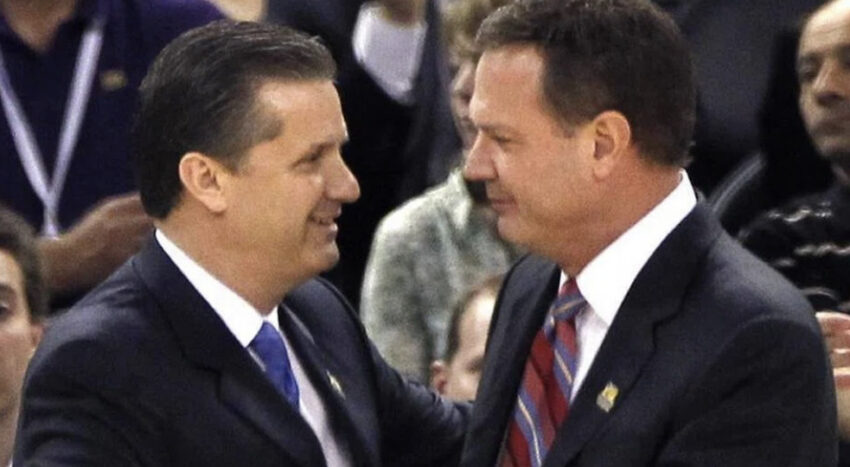 Defending National Champion Kansas and Kentucky will meet in the 2023 SEC/Big 12 Basketball Challenge on January 28, 2023. The two teams will square off at the Rupp Arena in Lexington, Kentucky.

It will be the fifth time the teams have met in the challenge, with both teams having won twice. Kansas passed Kentucky as the all-time leader in wins in Division I men’s basketball this past season. Kansas has won 2,357 games to 2,353 for Kentucky.

Kansas has won four of the past six meetings between each other and is 7-5 against the Wildcats in the Bill Self era. Both teams are projected to be in the top ten for the 2022-23 season.