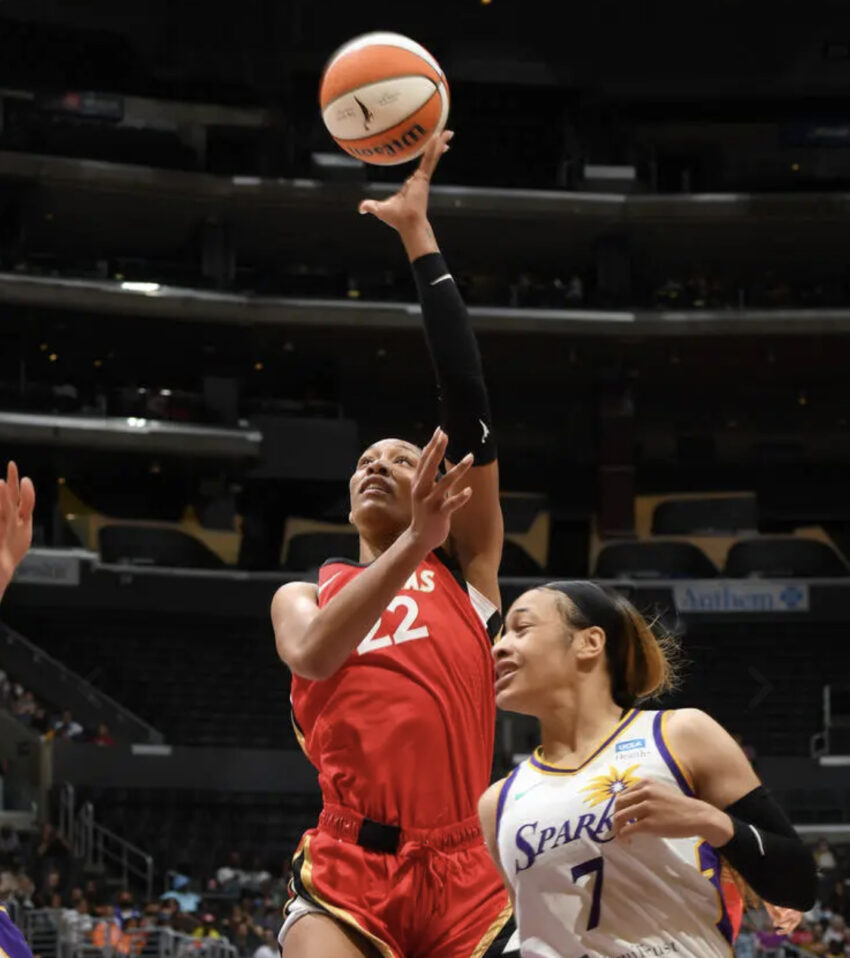 A’ja Wilson scored a season-high 35 points along with 11 rebounds and four blocks to lead the Las Vegas Aces to a 89-72 win over the Los Angeles Sparks. Dearica Hamby score 20 points and had eight rebounds including Kelsey Plum 17 points and eight assists in the Aces win.

Nneka Ogwumike had 16 points and nine rebounds for Los Angeles which played its first game under interim coach Fred Williams. Katie Lou Samuelson score 13 points and Jordin Canada had 10 points and eight assists for the Sparks.

It was all Aces from the start before Wilson scored all the team’s points during a 9-1 run to give them a 66-43 lead with 5:39 left in the third quarter. The lead reached as high as 26 points. Chelsea Gray had 10 points and seven assists for the Aces, who shot 48.5 percent from the field and shot 7-24 from the 3-point range. Los Angeles shot 36.6 percent from the field, including 7- 22 from behind the arc.

Las Vegas won for the ninth time in the past 10 games and the have the WNBA’s best record with an 11-2 record. The Aces played without wing Jackie Young, who is nursing a sprained ankle and should be available in about a week, coach Becky Hammon said. “We came out, executed our game plan — especially defensively. And just did a good job of knowing the scouting report, knowing the schemes,” Hammon said.

A’ja Wilson quoted “Our offense really comes from our defense,” “We got into a groove on the defensive end, which led us to (play) pretty decent on the offensive end.”

Las Vegas shut down Sparks center Liz Cambage to six points and six rebounds. Hammon also employed zone defenses designed to clog the lane and encourage 3-point attempts. Cambage was not able to get into a rhythm throughout the game.

“It’s Becky’s philosophy in how we’re aggressive, and we don’t play behind (Cambage in the post),” Kelsey Plum said. “Throughout the season, our post players are tremendous. I don’t know why A’ja isn’t the heavy favorite for Defensive Player of the Year.”