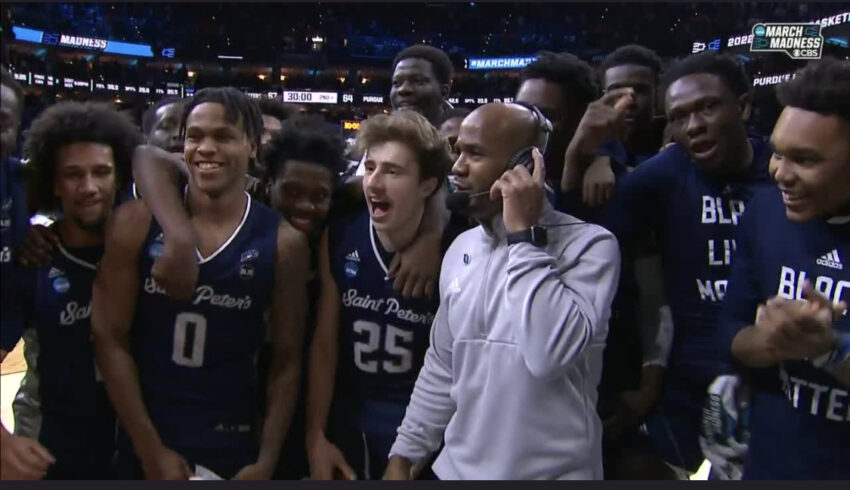 The St. Peter’s Peacocks took down third seed Purdue 67-64 in an East Region Sweet 16 game to become the first team in NCAA Tournament history to make the Elite Eight as a number 15 seed.

The Peacocks overcame Purdue’s star Trevion Williams who scored 16 points and grab eight rebounds. St. Peter’s once again show their aggressive defense and forced 15 turnovers before outshooting the Boilermakers down the stretch.

“When you play against teams like that, who’s ‘supposed’ to win, right, when you keep it tight, certain things can happen,” Peacocks coach Shaheen Holloway said. “We kept battling. I knew the ball was going to bounce our way, and it did.”

Clarence Rupert scored all 11 of his points in the first half for St. Peter’s. Doug Edert added 10 points for the Peacocks. Zach Edey and Sasha Stefanovic posted 11 points apiece for Purdue and Mason Gillis had 10 points in the loss.

St. Peter’s next will face North Carolina, which defeated UCLA later on Friday. The Tarheels are a 8th seed in the East Region.