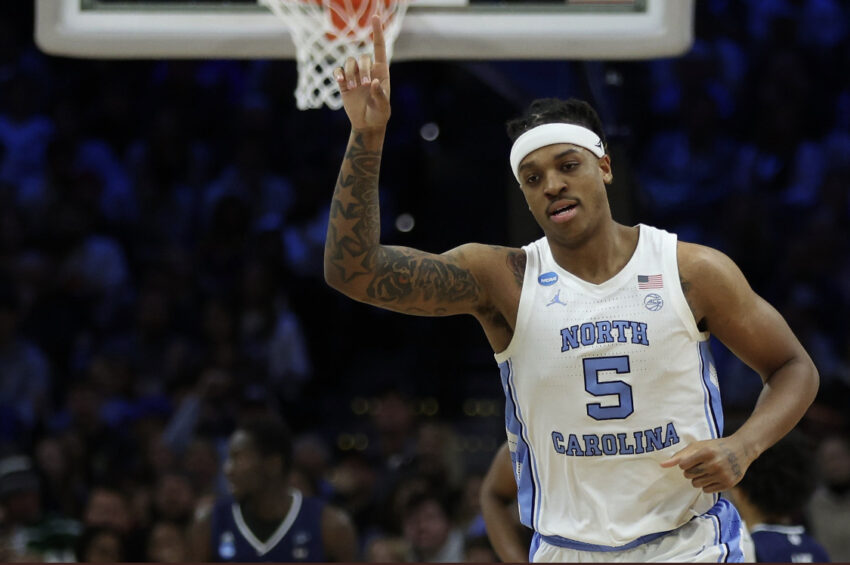 Armando Bacot had 20 points and 22 rebounds, and Brady Manek scored 19 points to lead the North Carolina Tar Heels to a 69-49 victory in the East Region final to advance to the Final Four. In addition, Caleb Love had 14 points to helped North Carolina beat St. Peter’s. The Tar Heels shot 41 percent from the field Sunday and had only eight turnovers.

The Peacocks missed their first six shots and fell behind 9-0 before getting on the board. Bacot grabbed 10 rebounds in the opening 10 minutes, denying St. Peter’s second looks. Manek gave the Tar Heels a double-digit lead with five quick points. He made a three pointer out of a time out and on their next possession he scored with a baseline cut to go up 17-7.

Drame powered an 11-4 run early in the second half, knocking down a three pointer to cut the deficit to 51-31. However the Peacocks could not get any closer, making only six shots in the final 12 minutes. Love’s breakaway dunk with 5:24 to play made it 61-38 and sealed the deal.

North Carolina will play Duke in the Final Four on Saturday, marking the first time that the two teams will meet in the NCAA Tournament.