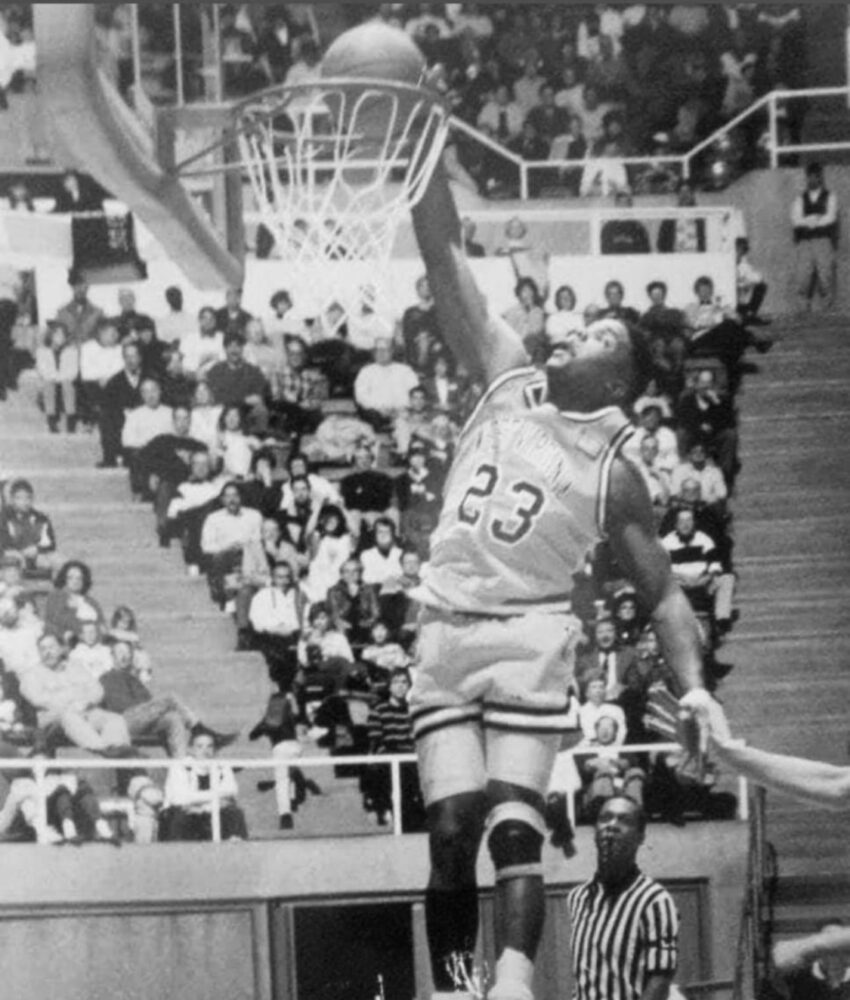 1986 was the year of the underclassmen for the PSAL and CHSAA. A freshman phenom by the name of Kenny Anderson led Molly to the 1986 CHSAA City A Division Championship and was the top prospect in the NYC. However the senior class of 1986 was pretty good and talented. We still give these guys their flowers for being the best players. I”ll tell you this, it was challenging to pick the best player in this class. Here is the top five players of the Class of 1986.

1. Chris Brooks – Gompers & Oak Hill: Brooks made the move like Rod Strickland did, helping Gompers win the 1985 PSAL City Championship and New State Championship in the B Division, he transfer to play his final season at Oak Hill. He was an explosive player and a powerful scorer. Then he took his talents to West Virginia in which he averaged 13.7 points and 6.2 rebounds over 121 career games and was a key starter for the 1988-89 team that finished 26-5 and went to the second round of the NCAA Tournament. Chris Brooks was a popular player on the playgrounds during his high school tenure with the Gauchos. On January 28, 2021, Chris Brooks passed away at the age of 54. RIP Chris Brooks!

2. Eric ”Ice” Leslie – Grady: Eric Leslie averaged 31.ppg and 10.4 rpg at Grady High School in Brooklyn. He was 1st Team All-City in his Junior and Senior season by the Daily News and Newsday. Played at Villanova for his first season and transfer to Rhode Island where he played three seasons for the Rams. The 6-3 guard average 15.4 points per game and was All Atlantic 10 in his senior year.

3. Carlton ”Paco” Screen – Xaverian HS: Screen average over 20 points per game and drop 47 points in one game against Kenny Anderson Molly HS squad. Screen leadership play a role as a senior leading Xaverian High School to the 1986 CHSAA City and New York State Division B Championship. Screen was first team All-City in 1986 and sign to play for Rick Pitino Providence Friars. Screen came off the bench to become a role player on their Final Four team in 1987. In his Junior and Senior campaign he got into the starting lineup and average 14 points per game. After graduating from Providence he played overseas for several seasons.

4. Moses Scurry – Eli Whitney: Moses Scurry a 6-7 power forward was first team All-City in 1986. Scurry played at San Jacinto Junior College in Texas where he helped his squad won back to back NJCAA National Championships. Transfer to UNLV and was the sixth man on the 1990 UNLV national championship in which he averaged 10.3 rebounds per game. He appeared on the cover of Sports Illustrated Magazine.

5. Duane Causwell – Cardozo: The 7-0 Center Causwell was one of the most underrated players in New York. Causwell was one of the best Centers in New York City. Played at Temple under the late John Chaney where he develop as an athlete. He was an All Atlantic 10 and helped Temple to the 1988 Elight Eight and a number one national ranking for several weeks. In 1990, he was selected by the Sacramento Kings in the first round. Cause spend 11 years in the NBA, seven with the Kings and four with the Miami Heat.

This is the top five of the 1986 class which Lloyd Daniels played that season however he was a junior and ineligible to play in 1986-87 due to his age which force him to go to a two year college at that time. Also Jayson Williams was in this class, however he had an up and down season and commit to St. John’s that year. Tell us what you think or did we missed someone who deserved this honor.