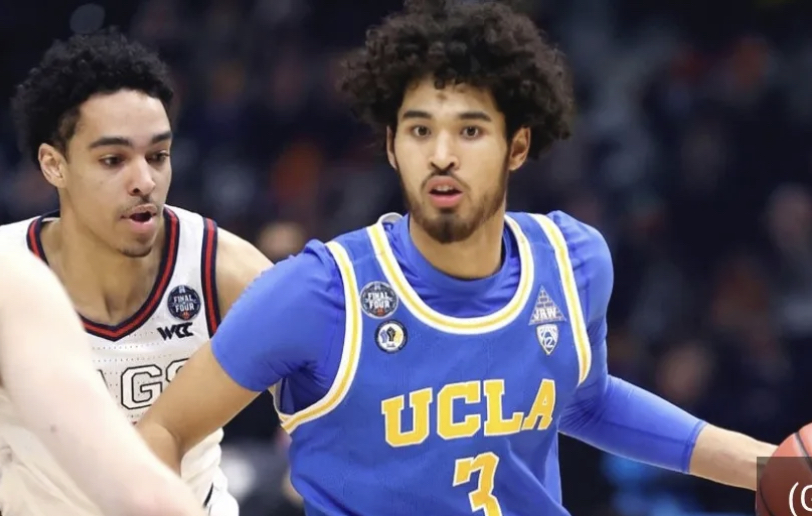 Looking at the PAC12 and the talent level, it should be an excellent year for the conference. Last year with teams like USC and UCLA making big runs last season in the NCAA tournament and both teams have key players returning. With top incoming freshmen, transfers, and returning players throughout the conference, the PAC12 looks to be one of the top conferences this year. With that, Anthony Forrester will list the top 10 players in the PAC12 this upcoming season.

1. Johnny Juzang, UCLA – Johnny Juzang, a 6-foot-7 junior guard who helped lead the Bruins last season with a deep run in the NCAA tournament. Johnny is coming off a season where the guard leads the team in scoring with 16.0 points per game. When the Bruins needed Johnny the most in the tournament, he showed up and improved his scoring average to 22.0 points per game with four rebounds in six games. This season Johnny is looking for more with a PAC 12 player of the year in mind and championship aspirations.

2. Isaiah Mobley, USC – When Isaiah Mobley decided to come back to USC after testing draft waters the Trojans were ecstatic. The 6-foot-10 junior is a force to be reckon with in the conference as he can score inside and outside with a love for rebounding. Isaiah is coming off a season where he averaged 9.9 points and 7.3 rebounds per game. Isaiah showed his ability to show up when it matters in the NCAA tournament where he averaged 16.0 points and 5.3 rebounds per game in the Elite Eight run. Isaiah has eyes set on NBA goals and that will help him play to the level he will need to making this Trojans team competitive.

3. Marcus Bagley, Arizona State – Arizona State was surprised to see Marcus return to the Sun Devils after testing NBA waters but its something that they are sure happy about. Marcus averaged 10.8 points, 6.2 rebounds, and 1.2 assists per game. Marcus has shown flashes of being able to score the basketball and will be counted on to do so a lot this upcoming season. If Marcus expects to impress NBA scouts he needs to show he can lead at Arizona State which is a task he is up for.

4. Warith Alatishe, Oregon State – Warith started to strive at the end of last season while winning PAC-12 Most Outstanding Player the first ever beaver to win the award. Last season Warith averaged 9.5 points, 8.6 rebounds, 1.8 assists, 1.2 steals, and 1.4  blocks per game. Warith is a player that plays on both ends and can really be a defensive threat in the conference. Oregon State has a chance to make some noise in the conference and Warith is a big reason why.

5. Jamie Jaquez Jr., UCLA – Jamie Jaquez Jr., the 6-foot-7 guard/forward, was pivotal to last year’s Cinderella team in the tournament. He averaged 12.3 points per game and 6.1 rebounds last season and will look to improve on that as UCLA looks to take the next step. Jamie’s two years at UCLA has totaled 670 career points and is only 330 points shy of the 1K point club. Last season Jamie was on PAC-12 all second team and will look to make first-team this upcoming season.

6. Boogie Ellis, USC – Boogie is coming off a year where he was the AAC Sixth Man of the Year. Boogie is transferring to a USC team with experience and will look to make some noise with this acquisition. Boogie was a key piece to a good Memphis Tigers that won the NIT. Boogie averaged 10.2 points in the AAC and look to bring his skillset to southern cal. Look for Boogie and Isaiah Mobley to play some exciting basketball in the PAC-12 this season.

7. Bennedict Mathurin, Arizona – Bennedict is coming off a season where he was named on PAC-12 All Freshmen Team. Benedict was also showing signs of improvement in the summer with Canada U19 team where he averaged 16.1 points and 4 rebounds per game. Arizona looks to be in good hands with Bennedict as one of the key players in their program. Bennedict looks to be a force in the PAC-12 this season in his sophomore campaign.

8. Peyton Watson, UCLA – Peyton is a top 10 recruit that can make an impact day one with the UCLA Bruins. Peyton has size at the guard/forward spot with his 6-foot-8 frame that can really make an impact in the PAC-12. Peyton is playing on a team with experienced guards so expect him to make an impact where he fits in with a very good UCLA team. Peyton ability to do so much on the floor makes his a hidden gem for the bruins.

9. Will Richardson, Oregon – Will is a consistent player for the Oregon Ducks coming into this season after averaging 11.3 points, 3.4 rebounds, and 3.9 assists per game. Will is a player that will leave a legacy at the university as he has an opportunity to crack into the top 10 in steals and assists all time in school history. Will showed flashes of his ability to score offensively when he shot 7 for 10 on 19 points while adding seven assists and six rebounds. Will is a player that makes an impact all over the floor and will be a factor in the PAC-12 this season.

10. Tyger Campbell, UCLA – Tyger is the floor general and playmaker for the Bruins. For his career the lead guard has averaged 9.3 points, 5.2 assists, and 2.2 rebounds per game. Tyger currently ranks third on UCLAs assists per game list with 5.21 assists per game. Tyger looks to be dishing out a lot more assists this season with running mate Johnny Juzang. UCLA has big goals in mind this season and will need Tyger to play like the floor general they know he can be. Look for Tyger to be the X-Factor for the Bruins this season.