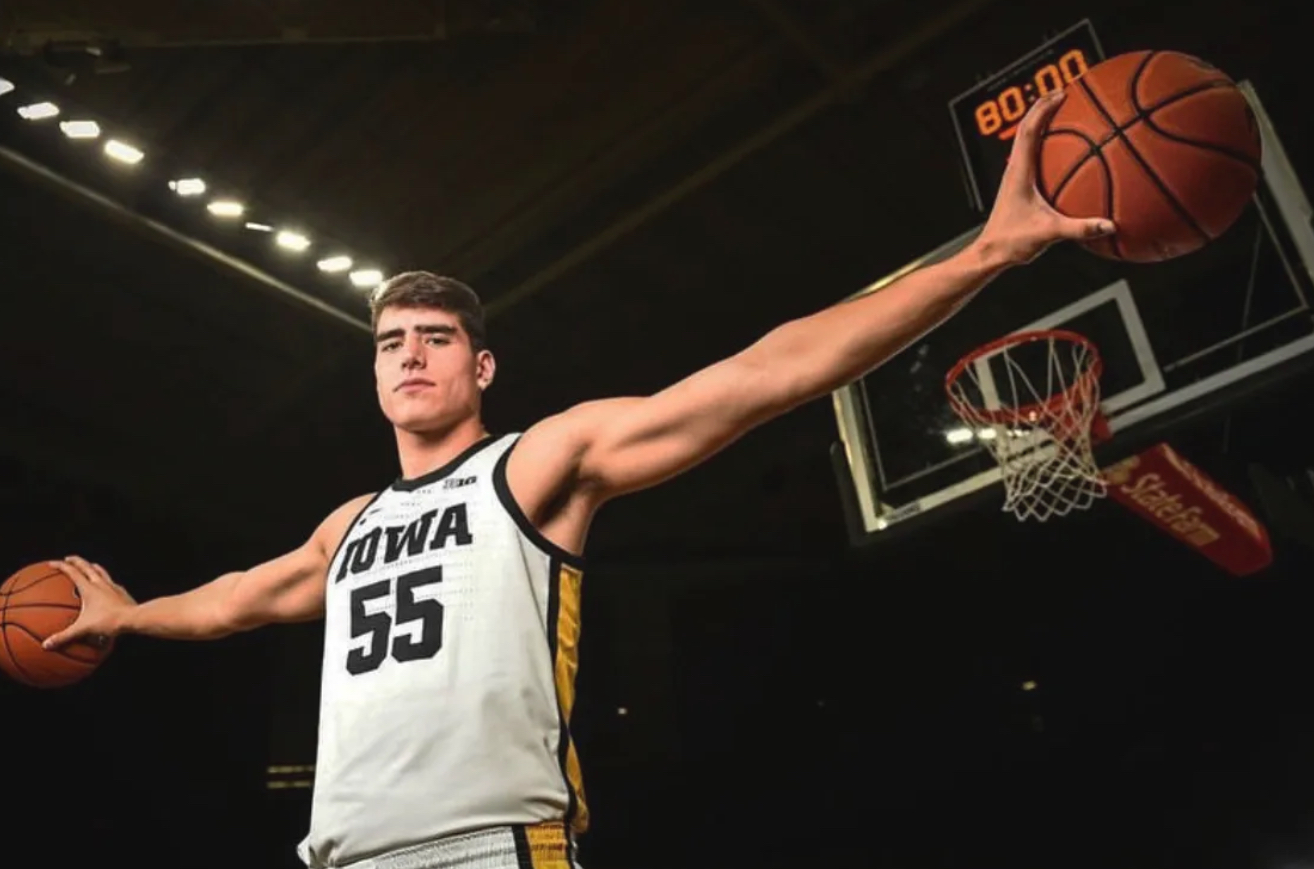 Garza is at 6-11 and weigh 263 pounds and is entering into his senior year. Garza score 23 points along with eight rebounds in Iowa 106-53 win over Northern Illinois who is 0-5. The Iowa Hawkeyes are ranked 3rd in the nation with a 6-0 record.

Garza has averaged 29.2 ppg and nine rebounds per game in six games this season. He is right now the front runner for National Player of the Year. He has recorded three doubles-doubles this season so far.

Luka Garza came off his best season of the year in the 2019-20 campaign. The Washington D.C. native was named the Sporting News National Player of the Year, a consensus All-American selection and won the Kareem Abdul-Jabbar Award as the nation’s best center. He averaged 23.9 ppg and 9.8 rpg. Garza declared for the 2020 NBA Draft and decided to come back to Iowa.

Garza said about why he returned for his senior year. “I didn’t want to make a decision based on the unknown,”. “If I would have left based on there not being a (college basketball) season, I would have had to watch the team play without me. I would have been upset, and regretted that decision a lot. Whatever happens, I made the right decision and I won’t regret it.”

“I love this place too much to leave it early. I love the University of Iowa, I love my teammates, I love my coaches, and I just love what has happened to me since I’ve been here.”

In addition, Iowa returned all their starters along with Garza in which he has a supporting cast. Their guard play consists of Jordan Bohannon who averages 5.0 apg and CJ Frederick averaging 11.0 ppg. Then, the forward led by Joe Wieskamp who averages 13.8 ppg and 6.8 rpg. With the contribution of the Hawkeye starting lineup they can be a contender not only for the Big 10, but a run at the National Championship.

For the second time in this season, Garza has been named the Big Ten Player of the Week. This year he has been dominant through his first six games and will he be able to maintain that? It remains to be seen, however he’s on the right track.