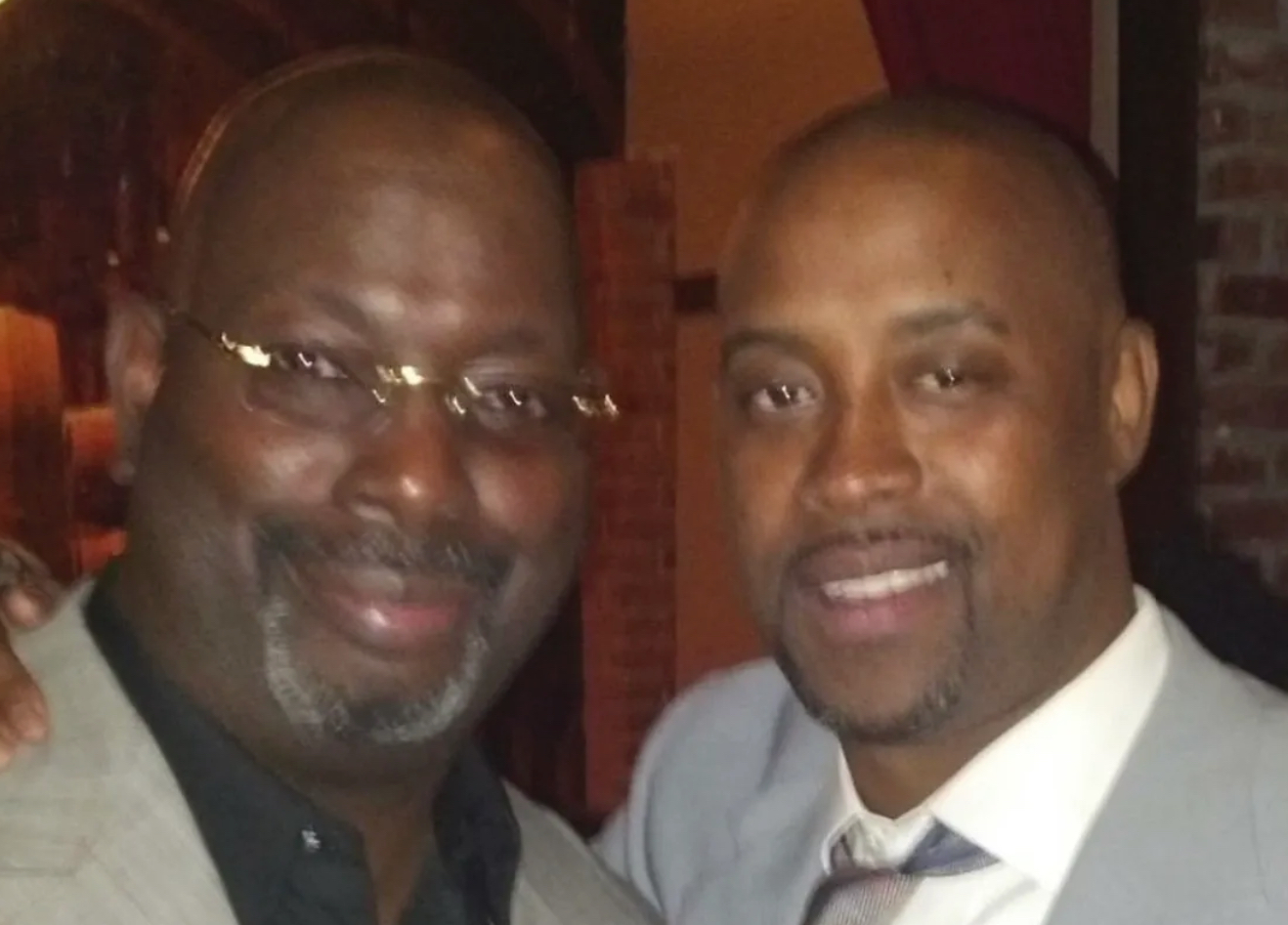 This decade is deep with talent in the 80’s in which soo many players was well deserving. The class of 1983 and 1988 were the best in the decade with loads of talent. Check out the list:

1. Kenny Anderson – Molloy HS, Georgia Tech, & NBA: In his Freshman year at Molloy he didn’t play the first quarter. He came of the bench and took over and dominate and leading Molloy to the 1896 CHSAA City Championship over Tolentine HS in overtime. He was the MVP of the CHSAA Championship game and was All City that Freshman year. In his Sophomore year at Molloy he led them to another city championship by beating Cardinal Hayes. He was one of the greatest in high school Player of the Year in 1989. In his freshman year at Georgia Tech he led the Yellow Jackets to the 1990 Final Four. The became the number two overall pick in the 1991 NBA Draft with the New Jersey Nets and was NBA All Star in 1994. Kenny was one of the greatest to play out of the NYC.

2. Dewayne “The Pearl” Washington – Boys & Girls HS, Syracuse, & NBA: Pearl had a serious handle and was all world at Boys and Girls. He was the floor general and dropping in 30 or more points. He was the National HS Player of the Year in 1983 and played for Syracuse. At Syracuse he was the best in the Big East and in the nation. He would be electrifying with his dribbling and taking it to the hole. The greatest moment is when he hit the half court game winning shot vs Boston College and the number 31 is place on the Syracuse court at the Carrier Dome. RIP Pearl!!!

3. Chris Mullin – Xaverian, St Johns, and NBA: Chris Mullin was a true basketball legend from the NYC. Started at Power Memorial before transferring to Xaverian where he was All City. Then he went to St Johns and did big things for the Redmen by leading them to the 1985 final four. Had a great NBA career with the Golden State Warriors as a five time All Star and played on 1992 US Olympic Basketball team.

4. Lloyd Daniels – Jackson HS, Mt San Antonio JC, CBA, & NBA: Known as Sweet Pea, he was a 6-7 shooting guard was the most taken player in high school since Lew Alcindor. He would carry a team on his shoulders and help win a game. He can pass like Magic Johnson and shoot like Larry Bird. He went to Mt San Antonio Junior College in California and was going to transfer to UNLV. After an arrest Tarkanian said Daniels will not play for UNLV. He played for Topeka Sizzlers in the CBA and play in New Zeland. Then in 1989 he was shot and recovered played overseas and the USBL and in 1992 Jerry Tarkanian was named head coach of the San Antonio Spurs for the 1992-93 season, Daniels signed with the Spurs as a free agent. Daniels had a five year NBA career with the Spurs, Sixers, Nets, Lakers, and Raptors.

5. Kenny “The Jet” Smith – Molly, North Carolina, & NBA: Kenny Smith played under the legendary coach Jack Curran in which he was one of the best point guards to come out of New York. Led Molloy high to the 1983 CHSAA Championship game before getting hurt and losing to St Peters. He was an McDonalds All American and took his talents to play for the Dean Smith at North Carolina. He was an All American and became a key factor for the Tarheels. Then played in the NBA for 10 years and was a two time NBA Champion.

6. Mark Jackson – Loughlin, St John’s & NBA: Mark Jackson was one of the top point guards in the class of 1983 along with Pearl Washington, Kenny Smith, and Kenny Hutchinson. Starred at St John’s and was drafted by the hometown New York Knicks in 1987 NBA Draft as the number 18 overall pick. He was the 1988 NBA Rookie of the Year and was NBA All Star in 1989. He was one of the best Point Guards in NBA for 17 seasons.

7. Rod Strickland – Oak Hill Academy, DePaul, and NBA: Strickland started his HS tenure at Rice, then transfer to Truman High in the Bronx. Strickland got on the scene in 1983-84 which he help Truman win the East Coast Doc Turner Holiday Classic. Then he help Truman became one of the best teams in the city. Then captured the 1984 PSAL City Championship by upsetting favor Andrew Jackson led by Greg Boo Harvey and went on to win the state Championship as well. Strickland transfer to Oak Hill in his senior year. He was All American at DePaul in which he led the Blue Demons to the Sweet 16 in the 1986 & 1987 NCAA tournament. Then he drafted by the Knicks in the first round and back up Mark Jackson. Rod had a good career in the league in which he was the NBA Assists leader in 1998.

8. Kenny Hutchinson – Ben Franklin/King, & Arkansas: Kenny Hutchinson was one of the top point guards in the class of 1983. He was one of the reasons Franklin won the 1982 PSAL City Championship. Then Franklin closed down and transfer to Martin Luther King. He was a first team All City player and All American. Then he went and played at Arkansas in which he was a role player for a few seasons.

9. Malik Sealy – Tolentine, St John’s &NBA: Sealy led Tolentine HS to the 1988 CHSAA, NY State, and National Title. He was great and did it all in scoring and rebounding and help the Wildcats to their greatest season ever. He was an HS All American and took his talents to St Johns and had a great career. He finished second in scoring at the University behind Chris Mullin. Was drafted in the first round by Indiana, and went to the Los Angeles Clippers and Minnesota Timberwolves in which he was on the rise. Then tragic struck when he was killed in an automobile accident after attending Kevin Garnett birthday party. RIP Malik!!!

10. Greg Boo Harvey, Jackson, & St Johns: One of the best point guard’s of the 80’s, Harvey was the best player in the city in 1985 in which he led Jackson to the PSAL City Championship. Harvey went to San Jacinto JC in Texas and transfer to St John’s which he was a standout for two seasons.

12.  Walter Berry – Ben Franklin, UNLV, and NBA: Walter Berry led Franklin to the 1982 PSAL City Championship. Berry was first team All City. He went to San Jacinto JC and led them to the NJCAA championship and transfer to St Johns and led them to the 1985 final four along with Chris Mullin. He was college player of the year in 1986. Then got drafted in the first round by Portland. Then played with San Antonio, New Jersey, and Houston then played overseas in which he averaged over 30 points a game in Italy and France.

13. Ed Pickney – Stevenson, Villanova, & NBA: Ed Pickney was first team All City in 1981. He led Stevenson to the 1980 PSAL City Championship. Then played at Villanova and was All American. Led Villanova to one of the greatest upsets by beating Georgetown in the 1985 NCAA Championship. Played in the NBA with Phoenix, Minnesota, Miami, Sacramento, Boston, Philadelphia, Toronto, and Milwaukee.

14.  Jerry “Ice” Reynolds – Alexander Hamilton, LSU, & NBA: Jerry Reynolds was a prolific scorer and rebounder at Alexander Hamilton. He was part of that great cast to lead Hamilton to the 1981 PSAL City Championship by beating Andrew Jackson. Reynolds went to LSU and became All SEC and All American and was drafted by the Milwaukee Bucks in 1985. After with the Buck he played a few seasons with the Orlando Magic.

16. Ed Davender – Boys & Girls, Kentucky, and NBA: Davender was an All American at Alexander Hamilton and led them to the city championship in his Junior season before losing to Springfield Gardens. Then the school closed down and transfer to Boys and Girls High in which he led them to the PSAL Semi Finals. Then he played at Kentucky and was All SEC and All American. Then played with the Washington Bullets in the NBA. RIP Ed Davender!!!

17. Vern Fleming – Mater Christi, Georgia, and NBA: Fleming was an All City HS player at Mater Christi. Then went to Georgia and led them to the 1983 NCAA Final Four. In 1984 he played on the US Olympic basketball team along with Michael Jordan and Chris Mullin. Then played in the NBA for 12 seasons with the Indiana Pacers and New Jersey Nets.

18. Rob Werdann – Molloy, St. John’s, & NBA: Rob was a beast at Molloy, he and Kenny Anderson help Molly win back to back CHSAA City Championship. Werdann was an All American and played at St John’s in which he became the all-time leader in career blocked shots. He was also a part of the team that won the NIT Championship in 1989, the Big East Championship in 1992, and reached the NCAA tournament three times. In his junior year, he won All-Big East Honors. Then he was drafted by the Denver Nuggets and played for a season. Also played with the New Jersey Nets on a couple of occasions.

19. John Salley – Carnarsie, Georgia Tech, & NBA: Salley was a First Team All City player at Canarsie in 1982. Then played for Georgia Tech in which he help Georgia Tech win the 1985 ACC Championship, they also advanced to the Elite Eight of the NCAA Tournament. He left in 1986 as Tech’s all-time leader in blocked shots.

20. Conrad McRae – Brooklyn Tech, and Syracuse: He was given the nickname “McNasty” with his block shots and thunderous dunks. McRae was a 1989 McDonalds All American and had a excellent career at Syracuse. McRae was drafted in the second round in 1993 by the Washington Bullets. Tragically in 2000 McRae collapsed and died while he was in the Orlando Magic camp trying to get on their summer roster.

21.  Olden Polynice – All Hallows, Virginia, & NBA: Polynice was one of the top players in the Class of 1983. Played for Virginia and fill in the shoes of Ralph Sampson. He led them to the final four in his freshman year. After his Junior year he played in Italy and enter the 1987 in which he was drafted eight by the Chicago Bulls and got traded to the Sonics on draft day for Scottie Pippen. Olden Polynice was a journeyman in the league for several years.

22. Fred Brown – Stevenson, and Georgetown: Fred Brown was first team All City and led Stevenson HS to the 1980 PSAL City Championship. Brown went on to played for Georgetown in which he played a role in their 1984 NCAA Championship team.

24. Jamal Faulkner – Christ The King & Alabama: Faulkner was a 1989 Mc Donald’s All American and the school to the CHSAA City and NY State title in which the team was rank third in USA Today. A versatile forward who primarily played small forward but could also be used at the power forward position, he was one of the top recruits of the high school class of 1989. After having to sit out one year due to poor grades, he played two seasons at Arizona State. Then he finished his college career at Alabama. Played overseas for seven years.

25. Gary Springer – Ben Franklin, and lona: Spring was First team All City at Franklin. Springer was a star at Iona in which he compiled 1,866 points and 1,021 rebounds in his career. He was drafted in the six round by the Philadelphia 76ers in the 1984 NBA Draft

This was the it might surprise some people and I go by the talent from the high school ranks. I understand a few who were in the honorable mention like Anthony Mason and Jayson Williams who got better on the next level, we wanted to acknowledge them who had a good career. Tell us who we missed and what you think.