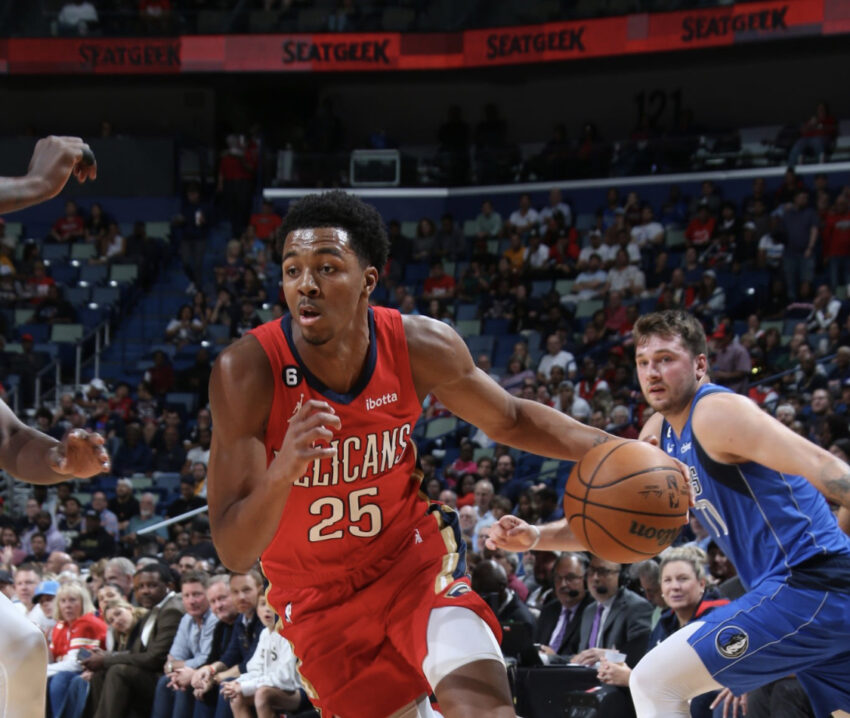 Trey Murphy III is having a fantastic sophomore season in the association.

In his rookie season, Murphy III played in 62 games while only starting once but this year, he has found himself in the starting lineup in 20 games this season so far. Part of the reason for the Pelicans current high seeding standing in the Western Conference is the statistical jump Trey Murphy III has displayed.

Murphy III is averaging 12.7 points, 4.3 rebounds, and 1.4 assists shooting 46.9% from the field while shooting 40.4 % from 3. He has improved his averages in nearly every category compared to last year while shooting a higher percentage and 6th in the NBA in free throw percentage at 91.9%.

During a postgame interview, Murphy III was asked about his comfortability this year attacking the basket.

“Are you more comfortable driving and finishing through contact from a year ago?”

He jokingly responded, “You see it, don’t you? Pretty comfortable.”

With Brandon Ingram and Zion Williamson dealing with nagging injuries, the Pelicans have trusted Murphy III to maintain a level of production for their deep playoff run expectations. Following a win over the Oklahoma City Thunder on Friday, Dec 23, 2022Trey Murphy III also had this to say about the depth of the team.

“We got a lot of guys and you know we have more than enough to win games. We’ve had 8 games where we’ve been fully healthy and we’re 3rd  in the west with 8 fully healthy games so I’ll take that.”

Trey Murphy III dream of playing at the highest level of basketball in the NBA came true when the New Orleans Pelicans drafted him with the 17th pick in the 2021 Draft.