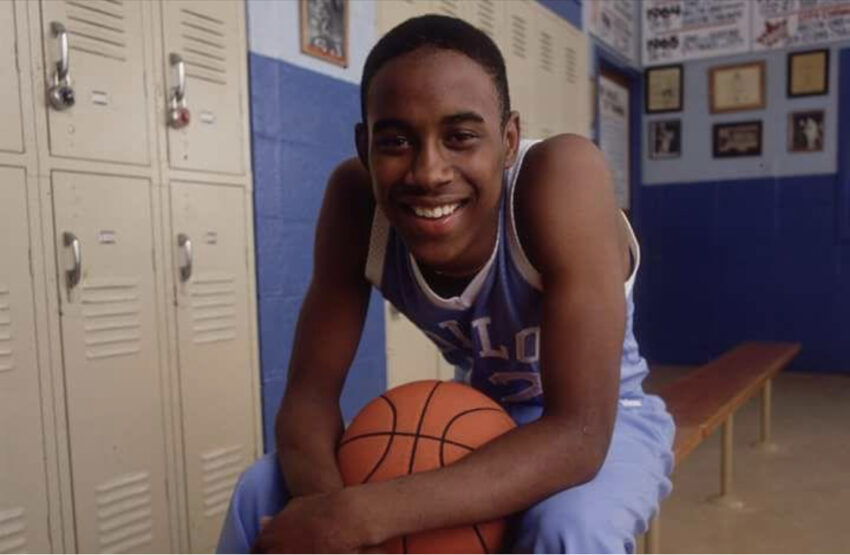 The Borough of Queens had a great 1988-89 season for high school hoops in New York City. It was a deep roster of players from Queens in 1989 but needless to say we couldn’t put all the players on our top five. Even so another year of the underclassmen and especially the junior class that year. We take a look at the top five players from the NYC in 1989.

1. Kenny Anderson – Archbishop Molly: Yes he’s been the overall best player since his freshman year. Leading Molloy to the CHSAA City and State Championship in 1986 and 1987. Also he was a McDonalds and Parade Magazine All American. The top players in New York City and New York State. In addition, he was Mr. USA Basketball as the top player in the nation. Took his talents to Georgia Tech and was lead the Yellow Jackets to the 1990 Final Four. After his sophomore campaign he enter in the 1991 NBA Draft. Anderson was selected by the New Jersey Nets as the second overall pick. He spend five seasons in New Jersey in which he was an All Star in 1994. Then he played in Charlotte, Boston, Portland, Seattle, Indiana, Atlanta, and the Los Angeles Clippers. Kenny Anderson will always be remembered as one of the top point guards in New York City.

2. Conrad McRae – Brooklyn Tech: McCrae was All-City from 1986 to 1989 and was McDonald’s All-American as well. He played at Syracuse in which his tenacity, athleticism, and defensive skills turned him into a second round pick by the Washington Bullets in 1993. However he played overseas in Turkey, France, Italy and Greece. Also dominated the Summer league in which his game continues to be ferocious on both ends. He got the nickname ”McNasty” in the Entertainers Basketball Classic. RIP to the NYC Legend.

3. Dave Edwards – Jackson: Edwards averaged 41 points per game in his senior campaign and 947 points during that season was a New York City scoring record. He was first team All-City by the Daily News and Newsday. Edwards went to Georgetown and played only one season. The transfer to Texas A&M he scored 1,167 points, 602 assists and 228 steals in his three years. He played pro ball for a brief stint in Lithuania and Iceland. RIP to one of the best players in the NYC.

4. David Cain – Stevenson: Cain was a first team All-City player and lead the school to back-to-back PSAL City Titles in 1988 and 1989. The 5-11 point guard went on to played at St. John’s in which he became a role player for the Redman for four seasons.

5. Jamal Faulkner – Christ the King: Faulkner an All-City selection lead Christ the King to the 1989 CHSAA City and New York State Championship in which the school finish third in the nation by USA Today. He was also a McDonalds All American coming out of high school. Faulkner went to Arizona State and was Pac 10 Freshman of the Year. After two season he transfer to Alabama and finish his college career. Faulkner didnt get drafted in the NBA and spend seven seasons combined in the CBA and overseas.