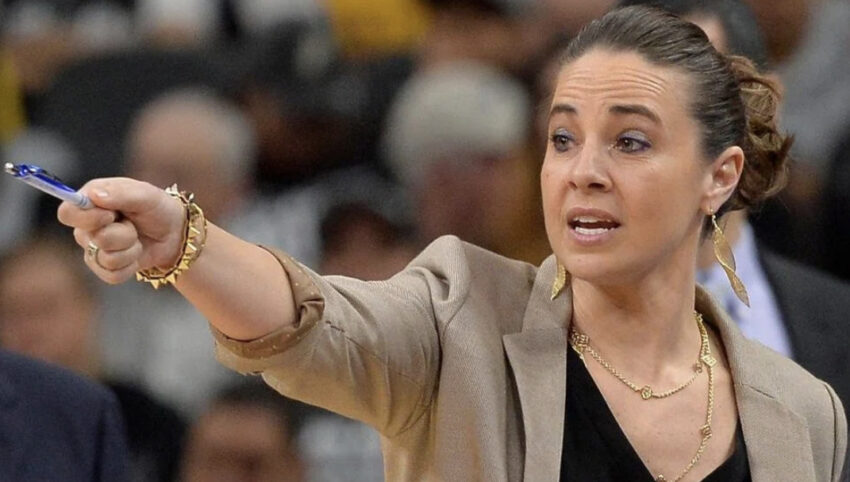 Rebecca “Becky” Hammon is a former WNBA player and Head Coach of the Las Vegas Aces. She earned awards throughout her basketball career, such as 6x WNBA All-Star, 2x All-WNBA First and Second teams, WNBA’s top 15 players of All Time, and WNBA Top 20. Hammon scored an average of 13.0 points, 2.5 rebound points, and 3.8 assist points per game.

Before her coaching career, Hammon broke every record in her high school and was awarded 1994-1995 Gatorade South Dakota Girls Basketball Player of the Year. Despite her height, Colorado State University gave her a chance to join their women’s basketball team and be given honorable awards.

In August 2014, Hammon pursued her dream as a coach and was hired on the spot as Assistant Coach of the NBA’s San Antonio Spurs, where she became the second female coach in NBA history. In December 2021, Hammon became the Head Coach of WNBA’s Las Vegas Aces.

In her first year with the Las Vegas Aces, Hammon looks forward to making dramatic changes to the gameplay and helping them capture their first championship title since its establishment. As Hammon trained her women’s basketball team for their first game against the Phoenix Mercury on May 6, 2022, she excited herself with the challenges ahead and led her team into victory.