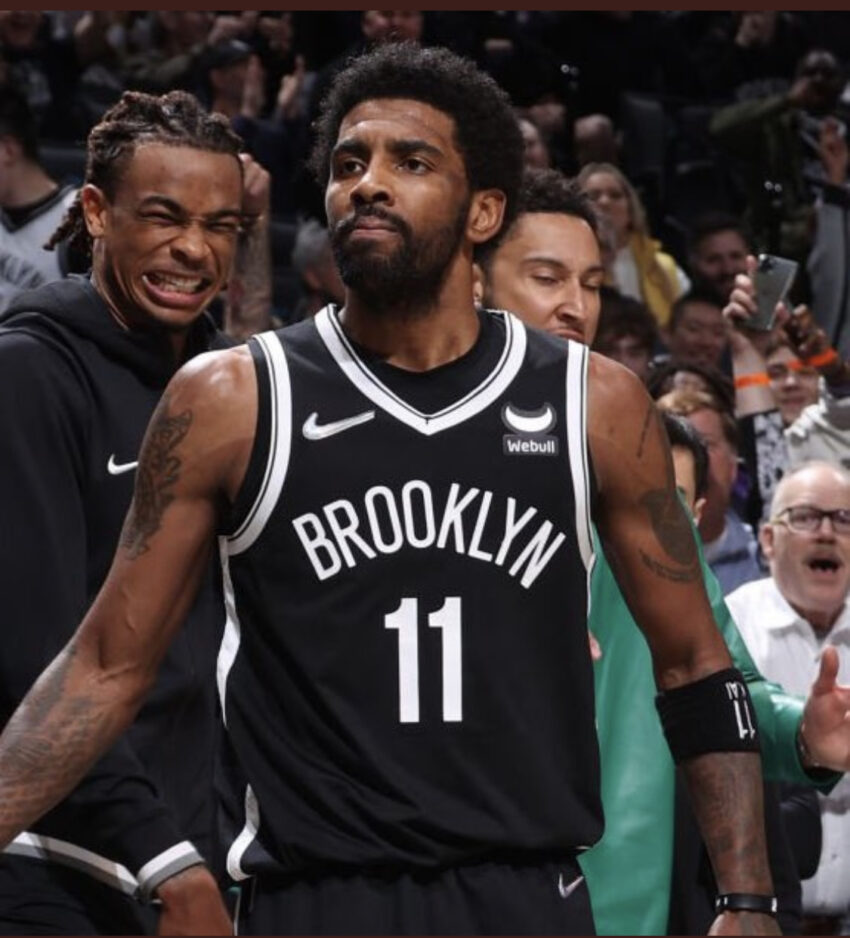 Kyrie Irving put on a shooting display to score 32 points leading the Brooklyn Nets to a 115-108 victory over the Cleveland Cavaliers in an Eastern Conference play-in game at New York. The victory makes Brooklyn the No. 7 seed in the Eastern Conference playoffs and will open their first-round series against the Celtics on Sunday in Boston.

On Friday, the Cavaliers will host the winner of the Wednesday game between the Charlotte Hornets and Atlanta Hawks to determine which team will be the No. 8 seed and earn a first-round matchup with the Miami Heat.

Irving made his first 12 shots and also finished with 12 assists. He didn’t miss his first shot until 10 minutes remained in the game. Irving shot 12-15 from the field, 3-6 from the 3-point arc, and 7-7 from the foul line.

However, it was Kevin Durant who hit some crucial baskets in the fourth quarter after the Cavaliers pulled within six points. Durant finished with 25 points, five rebounds, 11 assists, three blocks and two steals for the Nets. Bruce Brown had 18 points, nine rebounds, eight assists and three steals.

Cleveland’s Darius Garland got hot in the fourth quarter and cut what had been a 22-point deficit to 88-82 with 8:43 left before Durant hit a 3-point shot. Garland finished with 34 points and five assists.

Evan Mobley had 19 points and seven rebounds for the Cavaliers, while Kevin Love scored 14 points and a game-high 13 rebounds. Brooklyn held an 85-73 lead heading into the fourth quarter.

Cleveland got within five points three times in the final seconds, however Brooklyn held on for the win. The Cavs are expected to get All-Star Jarrett Allen back for Friday’s game. Allen has been out since March 6 due to a broken finger.