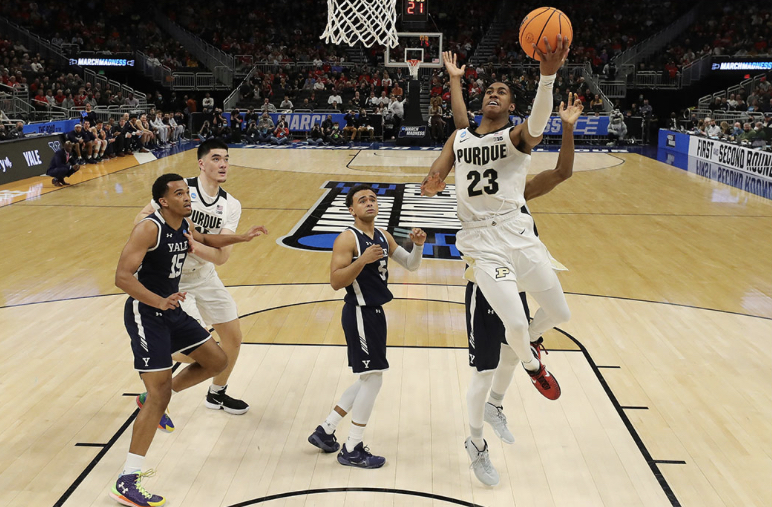 Last season Purdue was eliminated in the opening round to North Texas State. Today Purdue didn’t make sure lighting didn’t strike again as they cruise on to a 78-56 victory over Yale. Jaden Ivey scored 22 points and Zach Edey had 16 points and nine rebounds to lead the Boilermakers.

Purdue will play the winner of the Texas vs Virginia Tech in the second round Sunday. Azar Swain led the way with Yale by scoring 18 points.

Purdue took control with a 15-0 run in the second half in which they led 63-39 on two free throws by Caleb Furst with 11:27 remaining. Yale, which trailed by 13 at the half and got within nine points on Swain’s jumper, however the Bulldogs missed their next 15 shots during a nine minute scoring drought.

The Boilermakers were 14-19 from the free-throw line, while Yale did not attempt a free throw. Purdue withstood a fast start by Yale and then responded with a 10-0 run to go up 25-16. Yale hit 7 of its first 9 shots, going in front 16-15 on a turnaround jumper from the lane by Swain, who hit his first five shots.