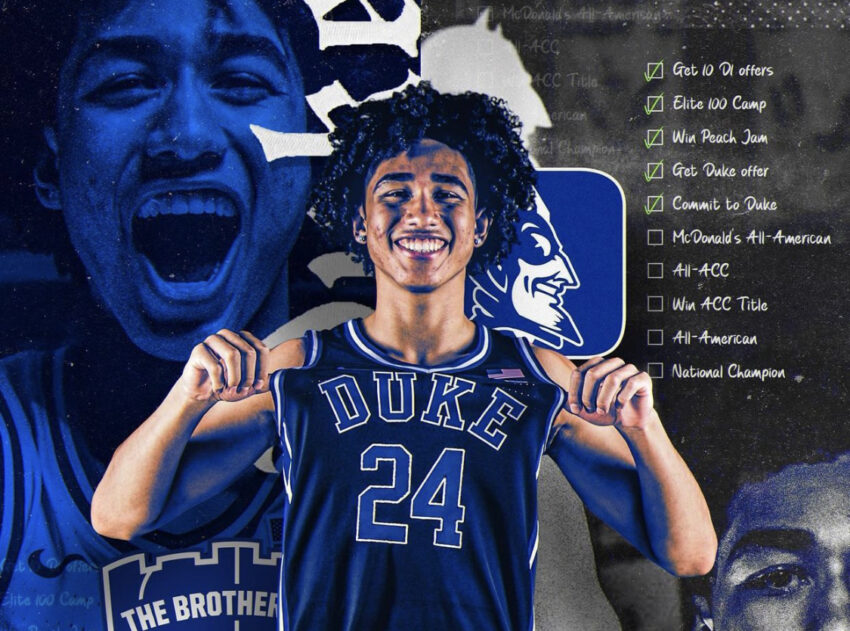 Jared McCain a 6-foot-2 point guard out of Centennial HS in Corona, California choose Duke over Gonzaga. A four-star guard of the Class of 2023 marking the third commitment and second four-star addition to Duke’s 2023 class. McCain was announced as the California Gatorade Boys Basketball Player of the Year this season.

McCain is a solid shooter from the midrange and can drive to the basket. He led Centennial High to the California State high school basketball championship. McCain is ranked 23rd in the Class of 2023.

Jon Scheyer, Nolan Smith and Chris Carrawell led the recruitment of McCain. In addition, Mike Krzyzewski also met with him during his official visit in early February. During that trip, the Duke pitched McCain on a potential partnership with Foster, NIL and culture.

Duke also keyed in on how it planned to use McCain in their offense. They are making comparisons to previous combo guard greats of JJ Redick and Seth Curry.