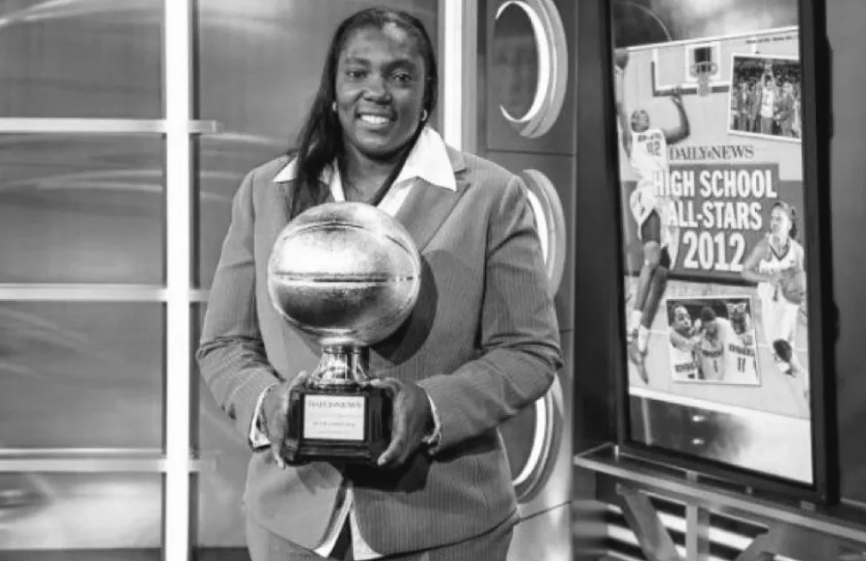 She entered her first year teaching in which she wasn’t coaching. The boys basketball team wasn’t doing well and it needed to go in a different direction. The next year in 1994, Dr. Mickens was asking Lovelace numerous basketball questions and provided her resumes and ask her that who will be the two to three best qualified coaches. One day Dr. Mickens got everyone’s attention and announced the new basketball coach and it was Ruth Lovelace.

“Coach Love” at first feel like he was joking and her PE class was clapping and excitement fill in the gym of 200 students. She never interviewed or was asked to see if she was interested. On her prep period, Lovelace went to the Principal’s office and ask him when he will go back on the PA system to really announce the new basketball coach, then he told her “your the next coach”! She was only totally surprised on taking this new role and no experience. Dr. Mickens told Coach Love that he was in her corner and go and work hard as you can.

In her first year which was the 1994-95 season, after to not making the playoffs, Boys and Girls had a winning and went to the PSAL quarterfinals before losing to eventual champion Lincoln led be Stephon Marbury. Her team competed and finished second in their league. “Coach Love” was on notice and it was the resurrection of Boys and Girls basketball. She got the respect from her players and throughout the city.

“Coach Love” has a reputation for tough love, however she gives players what they need, whether it be a pair of shoes, a meal, a place to sleep or just some self-confidence. She will stay around if a player needs to hit the weight room or be in the gym working on their jump shot.

Even so Lovelace doesn’t have the McDonalds All American players, but her players play hard for her and together as a team to win games. She has help players get scholarships to play college basketball. In 2009 Dr. Mickens passed away and Ruth Lovelace name an Annual Tournament in his name. “Coach Love” hire has open doors for herself in a documentary film, PSAL Coach of the Year, and other blessings in her 28 campaign. We salute “Coach Love” for the dedication.