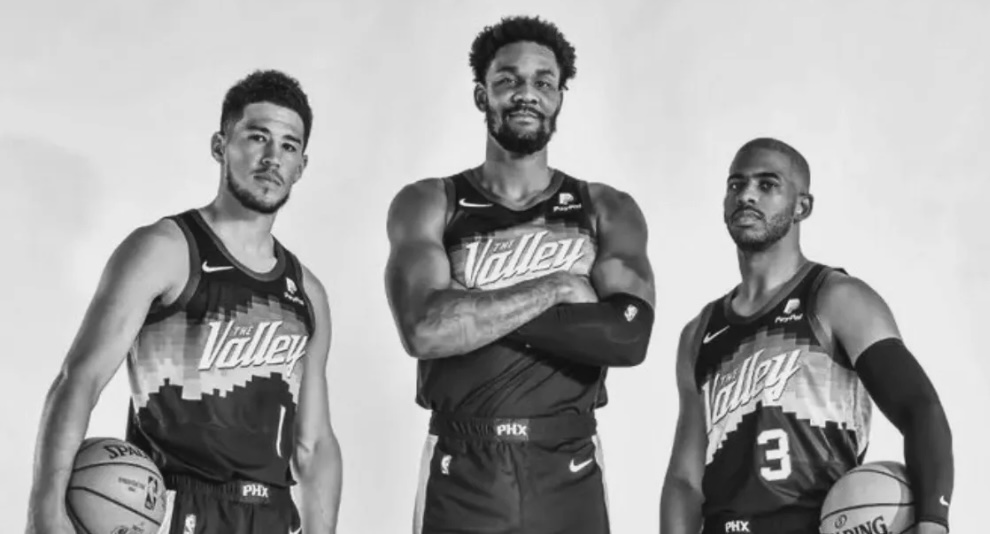 The Suns have carried the momentum from the 8-0 record from this past summer bubble in Orlando. This season the Suns are 5-2 which puts them first in the Western Conference up to seven games.

In the off-season they acquired veteran point guard Chris Paul in a trade for Kelly Oubre to become that missing piece they need. Paul is averaging 13.4 points per game and 8.3 assists per game this season.

He will provide the leadership to a talented Phoenix Suns squad which is led by All Star Devin Booker who is averaging 21.1 points per game this season so far. Paul is looking to mentor some of the young talent such as Deandre Ayton, Mikal Bridges, Cameron Payne, and Cameron Johnson.

The backcourt tandem of Paul and Booker has been paying dividends this season so far and they can compete at the highest level. They have an combined of 17.2 points per game, and 4.9 assist per game this season.

Paul has been bought in to help Deandre Ayton by getting him to reach his potential.  He is averaging 13.7 ppg and 10.7 rpg in which is solid for the big man this season. Right now fans want to see Ayton to have the willing to become more intimidating on the court.

Also the Suns pick up NBA veteran Jae Crowder from the Miami Heat as a free agent. Crowder will be an asset for mainly rebounding and his all around game. In addition they added E’Twaun Moore, Langston Galloway and Damian Jones in free agency as well.

Cameron Johnson who has help the team coming off the bench. He is averaging 12.7 points per game and 2.7 rebounds up to 7 games this season. In addition Cameron Payne has been a factor as well in contributing on the floor averaging 8.3 points per game.

This Phoenix Suns squad is very young and the average age is 24. Right now they are heading in the right direction with General Manager James Jones making great acquisitions. Also Monty Williams is the right fit and a coach who manages personalities very well.

With seven games in the early season the Suns look like a playoff barring any injuries. They will be growing pains through the process, however they will getting the experience of what it is to win in the playoffs as well.