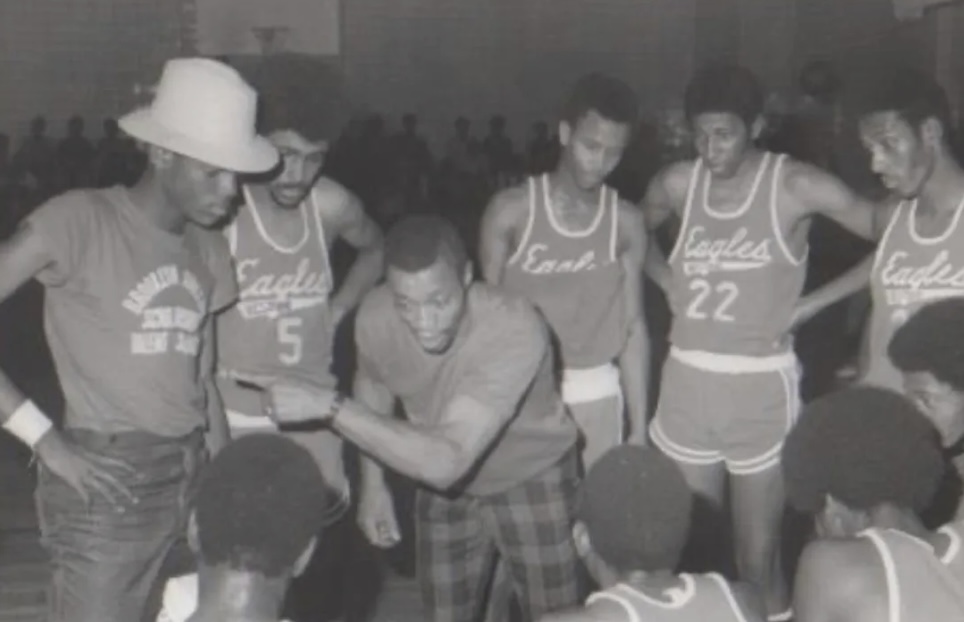 Gil Reynolds was a coach for few youth teams in the Brownsville Brooklyn area and at Laurinburg Institute in North Carolina.

He was a true teacher to the game and a mentor to some of the best players out of Brooklyn, New York. In addition, he had that militant type of demeanor toward. When he speaks you listen.

Coach Reynolds started with the Brownsville Jets and later the Vanguard Oilers. He help players with the Bernard King, World B. Free, Fly Williams, John Salley and Rolando Blackmon and several players on the Brownsville and East New York area.