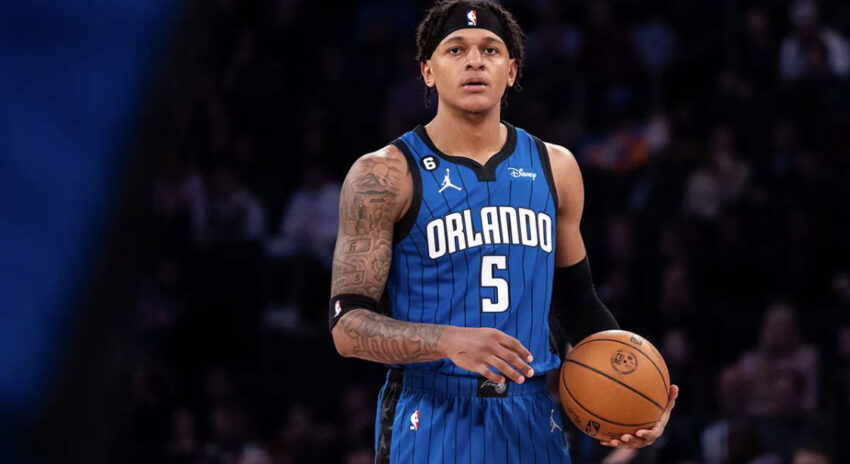 The Orlando Magic are not a good basketball team. Through fourteen games they sit with an ugly 4-10 record, which puts them in 13th place in the Eastern Conference. It seems safe to say that the Magic are destined to miss the playoffs again this year, most likely also vying for a top pick in next year’s draft. However, winning last year’s draft lottery did put them in a pretty good position with the number one overall pick, and oh boy is that pick paying off. Rookie Paolo Banchero has next.

The number one pick in this year’s draft seemed like it would be a difficult choice for the Magic. Banchero was the most “league ready” as he was physically mature and had the talent right away, but the Unicorn-like Chet Holmgren from Gonzaga easily had the highest potential. For now, it’s clear Orlando made the right decision, as Holmgren is out for the season with injury, while Banchero is shining early in the season. The 6’10” forward is averaging 23.5 points per game, 8.3 rebounds per game, and 3.6 assists per game. His scoring puts him right up there with current all stars who average 20+.

Banchero has proven to be extremely versatile thus far in his young career. He’s played both forward positions, and even sometimes has been the biggest player on the floor for the Magic. He’s shown power on his attacks to the rim, as well as a crafty and electric mid range scoring game. His size, strength, and touch make him an incredibly tough cover for defenders, and he’ll only continue to grow from here.

While Paolo clearly has the talent and potential to become a star in this league, he’s not quite there yet and there are a couple of reasons why. Banchero is shooting an abysmal 29% from three point range. With the pace and style of today’s NBA, chances are Banchero will need to add the three point shot to his scoring arsenal if he wants to have a truly effective future in this league. His defense is streaky, but that’s typical of most rookies who are still adapting to the difference between the college and professional level.

The future of Banchero’s career lies directly with how the Magic decide to build a team around him. They have a solid young core of Cole Anthony, Paolo Banchero, Wendell Carter Jr., and Franz Wagner, but it’s clear it will take a bit more than just development of youth to boost this team into contention. As of now, Banchero seems to be the clear frontrunner to win the rookie of the year award. He has true NBA level talent and should continue to make an impact for quite some time in this league. Looking at the rookie of the year winners from a few years past, it’s safe to say the winner of this award has a bright future in the NBA. Five of the last seven rookie of the year winners have become all stars, with a few like Ja Morant and Luka Doncic developing into MVP caliber players. It seems like Banchero could be on track to follow this path, which means good news for him, and the Magic.