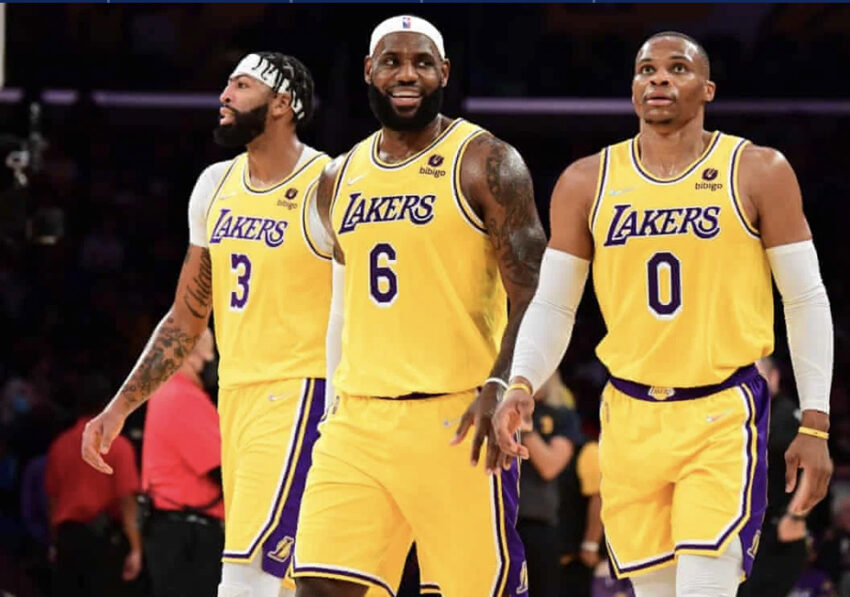 The Los Angeles Lakers are in some trouble. The cellar has a long, winding climb for them to get out of. Even LeBron James has had nights where he has seemed disengaged from running the offense or having a commanding presence. But where did it all go wrong? What could they do to fix it? I may just have the answers for these questions, even if they’re just suggestions.

Mistake No. 1, or should I say 0, was allowing Westbrook to be such a ball dominant guard. Yes, he’s got the heart of a lion. He does indeed have a spark that can ignite an offense. But he has been wildly inefficient. He is not a volume shooter or “pure” scorer, relying solely on raw athleticism and no true craft. Circus shots and turnovers can and will add up.

They can fix this by limiting the time of possession with the ball for Russell. Making sure he takes high percentage looks with low risk and high reward is the best option. Step Two would be to find some offensive firepower in the form of scorers. Guys who can put the ball on the floors, create their own shots and play solid, productive minutes. The Lakers were going to pull the trigger on Kyrie Irving, a bonafide baller. Now that it doesn’t seem so likely, they can shop elsewhere.

Carmelo Anthony and Avery Bradley are two of the bargain bin guys I’d take a look at. We know Melo isn’t the force of reckoning that he used to be, but nonetheless. Scoring is in his DNA. It’s his game, and bringing him in would be a Band-Aid and get Bron a little bit of rest. Avery Bradley was a 3 and D guy on the perimeter and he would not be too pricey either. A 1-2 year deal worth a couple million doesn’t sound too bad. Maybe striking up trades for Buddy Hield could commence once more?

Mistake Number 2 is giving a roster spot to Patrick Beverley. It may make for an interesting storyline, but what value does he bring? He is an offensive liability, not a genuine second option, and is undersized. Guards are getting bigger and stronger, and there’s only so much “fight” he can muster in him at 34 years of age. That spot would’ve better been suited for a true 7 footer like **cough** Myles Turner **cough cough**. He’s practically been advocating to come there, and the Lakers need a real presence down low at the rim.

Finally, allow the Lakers to play “bully” ball. This might be contingent on the aforementioned trade clause above, but hear me out. The Lakers have a bunch of “slasher” mold players, right? They could take the grit and grind approach and take a lineup like this:

This lineup as described has the biggest/tallest players on the Lakers as a starting 5. They’re not all household names by any means, but you can only experience growing pains if you have the chance (minutes) to grow. Putting a bunch of strong, active young bodies would punish and maybe even overwhelm some teams, and with a few lucky bounces, the Purple and Gold could steal a few games. Add to that the high flying antics of the second unit with Russ and Lonnie Walker engineering the 1-2 backcourt punch of the second unit, and there might be something special brewing. And for the sake of the Lakers, they better find something fast. Their season’s at stake.