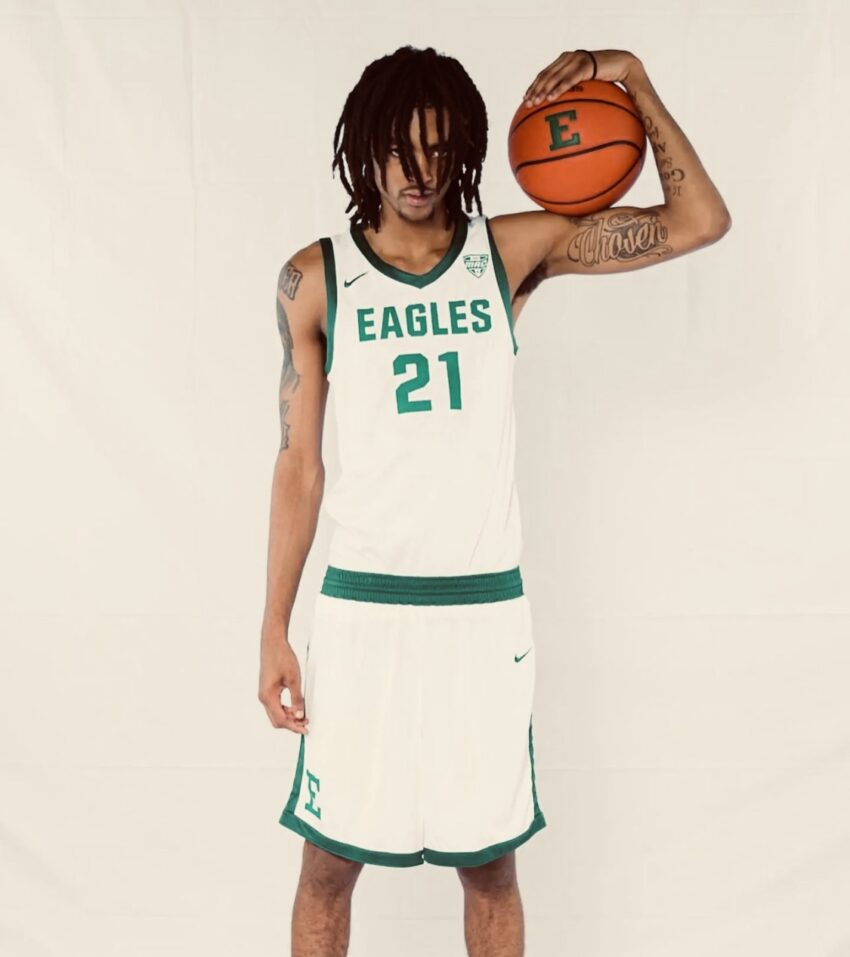 YPSILANTI, MICH.- It’s a late September night in the small Michigan college town tucked between Ann Arbor and Detroit when an 18-year-old teen basketball prodigy sits handcuffed in the back of a police cruiser.

That September night threatened Bates’ future that basketball analysts across the country believed was destined for stardom.

Some described him as the next Kevin Durant. Long, lengthy, 6-foot-10, 190 pounds, and able to play rim to rim. His ceiling, many scouts asserted, was nothing short of elite.

It all started in Middle School for Bates. After growing 6 inches during a sixth grade summer, his seventh grade season and resulted in Bates averaging 46 points per game. He sported a new 6-foot-8 lengthy frame, and appeared in the national spotlight following an Chicago AAU tournament where he averaged 28 points and 12 rebounds per game. Beginning his eighth grade season Bates was considered the top 2022 recruit.

That’s when Bates’s life became a whirlwind of basketball emotions. His father created an AAU team, geared toward getting Bates to the next level, forcing him to forgo playing an eighth grade  middle school basketball season. A former pro in Europe himself, E.J Bates trained and traveled with Nike’s Bates Fundamental around the county. Every stop was a madhouse. Security guards were needed to get Bates and his teammates in and out of gyms at every tournament Bates made an appearance at. Everyone wanted to catch a glimpse of what many concluded was the next NBA legend.

That’s when Sports Illustrated caught wind of Bates’s talent and stated he was the next Magic Johnson, Micheal Jordan, or Lebron James. At 15-years-old he was a,”Once in a generation talent.”

Bates didn’t stop there, as a sophomore in high school at Ypsi Prep, Bates became the youngest boys basketball player to win Gatorade Player Of The Year.

Enter the COVID-19 pandemic which interrupted Bates in his junior campaign. Throughout the break, Bates worked with his father, keeping in basketball shape, but upon the renewal of 5-on-5 play Bates was sluggish.

He struggled mightily on offense, turning the ball over, forcing up contested shots, and getting pushed around by stronger defenders. At the conclusion of his junior season, Bates made a decision that changed the course of his basketball career.

He decided to reclassify making his junior season his senior season and committing to play with the Tom Izzo led Michigan State Spartans. However, the Spartans would fail to land Bates as Penny Hardaway and the Memphis Tigers lured him south in the summer.

Despite the twists and turns of recruiting, one thing remained a fact, Bates would begin the 2021 NCAA season as the youngest player on the court.

Hardaway had a vision for the youngster, believing he could turn the long and lengthy Bates into a new age point forward. Envisioning Bates to be the next Ben Simmions, or Magic Johnson type floor general who could put the ball in the basket on one end of the floor and defend on the other, seemed like a match made in heaven, in the end, it backfired.

His first three games with Tigers showed promise. Bates averaged 16 points and shot 58% from the floor. He started each game and averaged 28 minutes.

It seemed like Hardaway and Bates, as well as other Memphis stars Jalen Duren, DeAndre Williams, and Lander Nolley III, were bound for a late March run.

A finger injury sidelined Bates for three games in late December, but Bates returned in the new year posting three straight games with double digit points. After this, ESPN ranked him No. 20 in their 2023 mock draft.

That’s when the chips started to fall. Bates would seemingly disappear from the Tigers after a January, 27 win versus East Carolina University. His father told ESPN he would be back as soon as he was healthy, but Bates missed the rest of the Memphis regular season and MAC Tournament.

In the NCAA Tournament, the Tigers entered ranked No. 9 in the west region. They beat No. 8 Boise State before being eliminated by No. 1 Gonzaga. Bates returned to the lineup after missing half the season playing a combined 15 minutes and posting eight points in the two contests.

Rumors of Bates and Hardaway’s detest for each other were confirmed when Bates informed Memphis he intended to enter the transfer portal. Several big programs like Michigan, Louisville and Arkansa were interested in the youngster, but the hometown Eastern Michigan won. Located in the same town he grew up, Ypsilanti, and being around family was sure to direct the phenom on the right path.

However, Bates’s attorney, Steve Haney entered into a plea deal with the defense. Bates pleaded guilty and in return the charges were downgraded to misdemeanors and could be expunged from his record on the basis that he participated in a remediation course.

In turn, Bates now began his journey at Eastern Michigan, a program which hasn’t seen the NCAA tournament since 1998.

Eastern Michigan finished the 2021-2022 season a lackluster 10-21 failing to make any tournaments. Led by second year head coach Stan Heath, who has already worked to develop young talent at Eastern Michigan they look for an X-factor.

Bates has the chance to be the leader of an Eastern Michigan squad that shows lots of potential. Despite a less than impressive record last season, red shirt freshman Noah Franklin had a phenomenal rookie campaign in which he led the team with 16.6 points per game, good for seventh-best in the MAC. True freshman Mo Njie was selected to the All-MAC Freshman Team becoming the first Eagle to accomplish that award since 2016.

Heath himself carries several years of coaching experience while working with programs like Kent State, Arkansa and South Florida. He also led the Lakeland Magic, the Orlando Magic’s G-Leauge affiliate to a G-Leauge championship in 2020 before landing the job at his alma mater Eastern Michigan.

The pieces around Bates are there, Heath, who can right the ship for Bates both on and off the court as Eastern Michigan looks to make a run into March.

Still, Bates will have to make up for missing another whole offseason of workouts as he returned to the team in early October. Despite this, Eastern Michigan will be one of the most intriguing storylines of this season.