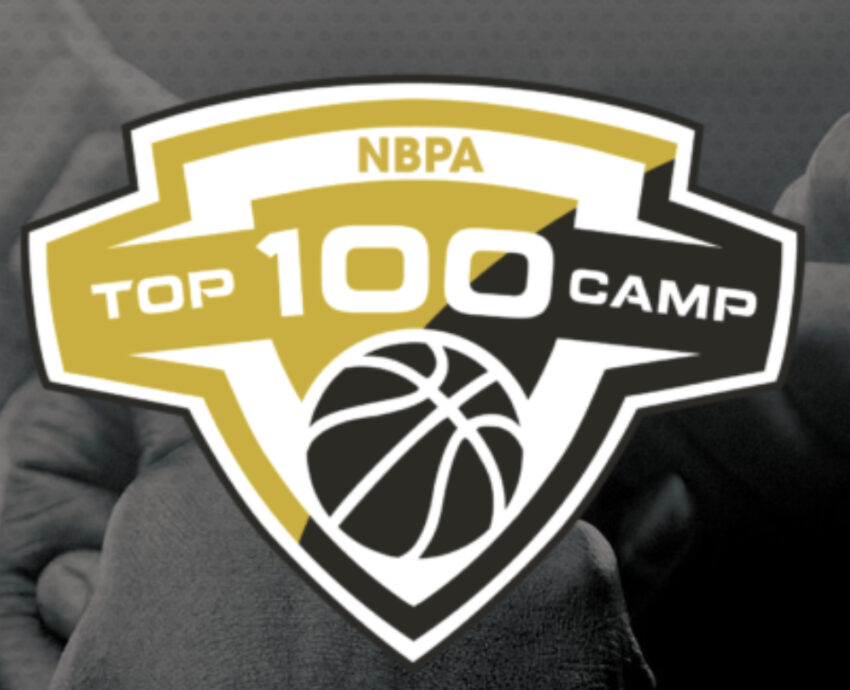 The NBAPA Top 100 camp started off great as all the young men that attended came to compete. At a camp that is filled with NBA scouts, NCAA coaching staff, and media. Some of the prospects didn’t come to play around and brought it from the jump. Looking at the first day of games Anthony Forrester gives you his top 10 players from day 1 of NBAPA top 100 camp.

1) #71 Gregory (GG) Jackson (PHX): 6’10”, Forward, Ridgeview HS, 2023 – GG Jackson is active around the rim on the offensive and defensive sides of the ball. His ability to find the open man helps open up opportunities for his team. GG is composed on the floor and has nice handles for his size in the open court. GG is very explosive and plays above the rim. GG is a competitor and does not shy away from a challenge.

2) #42 Jared McCain (ORL): 6’3”, Guard, Centennial HS, 2023 – Jared McCain has a high basketball IQ. Jared has good vision on the floor and is always looking to make a play. Jared is a strong finisher when attacking the rim and does not shy away from contact. Jared is active on the glass and isn’t scared to bang with guys in the paint for rebounds. Jared shoots the ball well and takes good shots.

4) #26 Bryson Warren (PHX): 6’2”, Guard, Overtime Elite, 2023 – Bryson Warren is a crafty finisher at the rim. Bryson is shifty enough to attack the paint at will. Bryson has a nice floater game which is good since he gets in the paint pretty often. Bryson has good speed which allows him to be a problem in transition. Bryson’s ability to play make helps his teammates get so many open looks.

5) #1 Jaylen Currey (ORL): 6’2”, Guard, Julius L. Chambers HS, 2023 – Jaylen Currey can shoot the ball very well from inside and the perimeter. Jaylen has a nice handle and that allows him to beat his defenders off the dribble. Jaylen likes to grab a board and start the break and make plays in transition. Jaylen’s quickness allows him to get to the rim and draw contact.

7) #77 Cameron Boozer (LAL): 6’8”, Forward, Christopher Columbus HS, 2025 – Cameron Boozer is in the class of 2025 but he held his own and did very well in his first two sessions. Cameron plays well in transition as a ball-handler or running his lane. Cameron displayed good touch around the rim. Cameron bangs in the paint and cleans the glass. Cameron makes the right play and gets the ball to the open man. Cameron has a nice stroke and can hit the mid-range jumper well.

9) #76 Flory Bidunga (HOU): 6’10”, Center, Kokomo HS, 2024 – Flory Bidunga is a shot blocker and contests almost everything at the rim. Flory’s offensive game is efficient, especially in the paint area at his size. Flory finishes at the rim well and is a lob threat. Flory makes an impact on both ends of the floor.