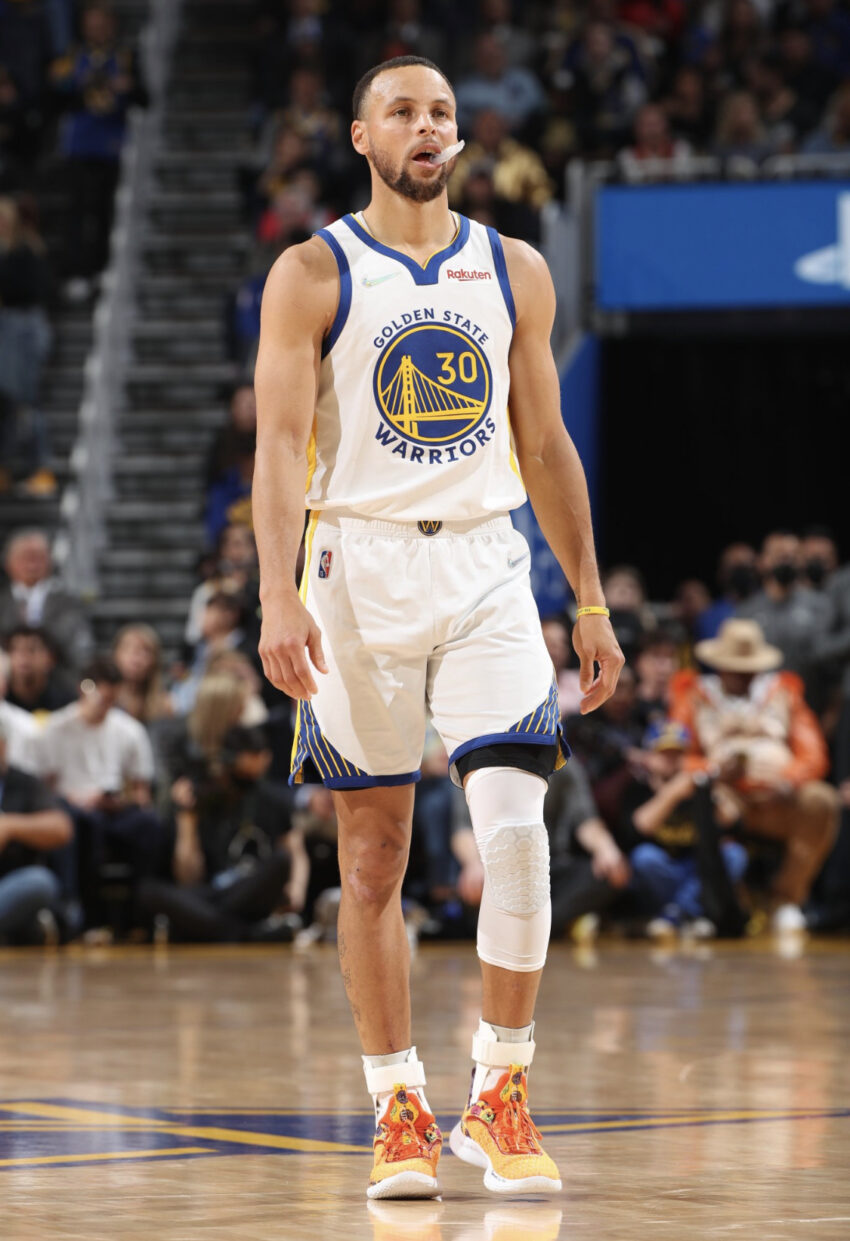 Stephen Curry had a game high 32 points, including two key free throws with 45.7 seconds remaining, as the Golden State Warriors held on to beat the Memphis Grizzlies 101-98 to take a 3-1 lead in their Western Conference semifinal playoff series Monday night.

Steve Kerr was not able to coach due to a positive COVID test. Assistant coach Mike Brown, named earlier in the day as the next head coach of the Sacramento Kings, replaced Kerr.

With Ja Morant unable to play because of a right knee injury sustained in the fourth quarter of Game 3, the Grizzlies got off to a 15-8 lead and led by as many as 12 early on. Memphis, in fact, never trailed until the final minute.

After Curry had drawn the Warriors even on a jumper with 3:25 remaining, the Grizzlies went back up 93-90 on a Jaren Jackson Jr. interior hoop and Kyle Anderson free throw with 2:32 to go. Neither team scored again until Jordan Poole hit two free throws with 1:11 remaining to make it a one point game, setting the stage for a Curry went to the foul line.

After Dillon Brooks missed the 3-point shot, Curry drew a foul on a drive to the hoop and hit the go-ahead free throws with 45.7 seconds left. Jackson missed on a short floating attempt to regain the lead for Memphis, and when Curry was fouled on the rebound, he dropped in two more free throws to extend the margin to three. Curry made four consecutive free throws and Andrew Wiggins hit one, allowing the Warriors to survive and win game four.

Wiggins finished with 17 points and Otto Porter Jr. 12 (all on 3-pointers) for the Warriors, who shot just 40 percent overall. Wiggins completed a double-double with 10 rebounds, while Draymond Green had 11 rebounds.

Jackson led the Grizzlies with 21 points, while Tyus Jones, starting in place of Morant, had 19 points, six rebounds and five assists. Dillon Brooks who came back from a one-game suspension had 12 points and eight assists, while Kyle Anderson had 17 points and Steven Adams had a double-double 10-points and 15-rebounds.