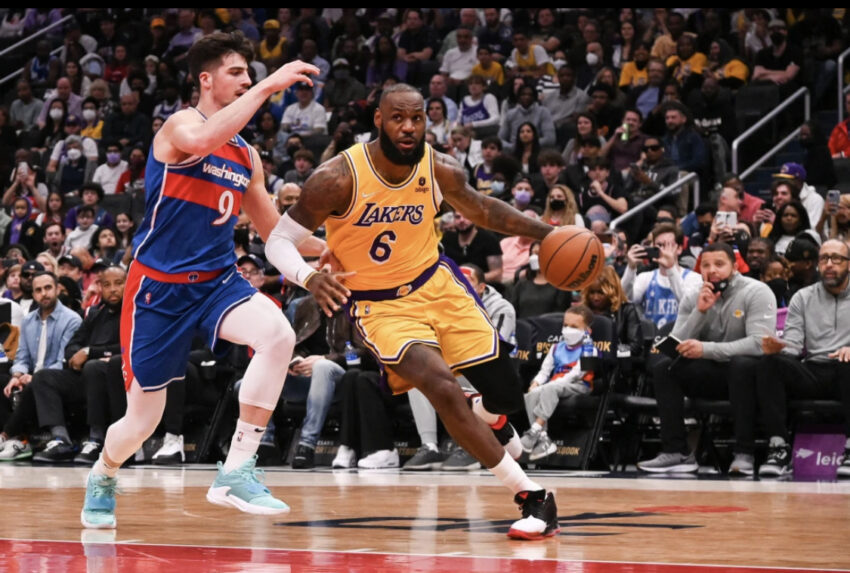 LeBron James made it up to No. 2 on the NBA’s all-time scoring leaders list in Saturday’s game against the Washington Wizards. Coming into the game, he only needed 20 points to pass Karl Malone entering the game. James ended up with 38 points in which the Lakers fell to the Wizards 127-119. James now has 36,947 points in his NBA career during the regular season.

Kareem Abdul-Jabbar leads NBA history with 38,387 total points scored. James is still 1,440 points behind Abdul-Jabbar, which means he’ll likely surpass him at some point next season. Considering James has compiled 1,542 points already this season, repeating that effort once again should prove to be an easy task, even in his 20th NBA season.

James has already have the most combined points in NBA history, when you count the playoffs as well. He has a grand total of 44,578 points scored counting both the playoffs and his regular-season stats.