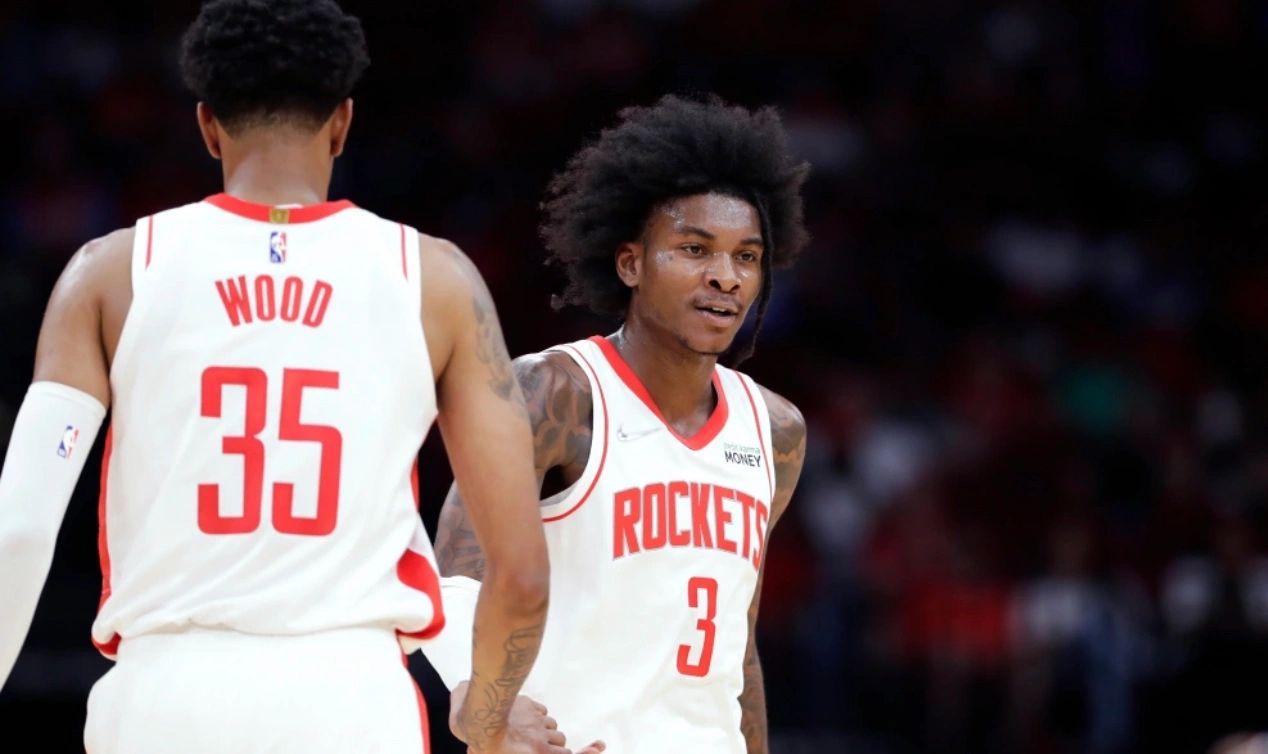 ESPN  reported that The Houston Rockets are suspending guard Kevin Porter Jr. and Christian Wood for Monday’s game against Philadelphia for their behavior during a weekend loss to Denver.

Per multiple reports, Porter had a heated exchange with assistant coach John Lucas at halftime of Saturday’s 124-111 loss to the Nuggets. The Athletic reported Lucas called out the “entire team at halftime,” with Porter taking issue and reportedly throwing an object before he “promptly left the arena.”

Wood came off the bench Saturday after missing a mandatory COVID-19 testing window, according to The Athletic. Rockets Head Coach Stephen Silas said “We had a spirited debate,” “I have certain demands of this team as far as playing hard. “I wasn’t satisfied with the effort.“

Christian Wood, refused to enter into the game for the second half. It was the. Coach’s decision, Silas said postgame, regarding Wood’s second-half benching. Wood’s “effort level” was a focus of Lucas’ fiery halftime speech, per the report.