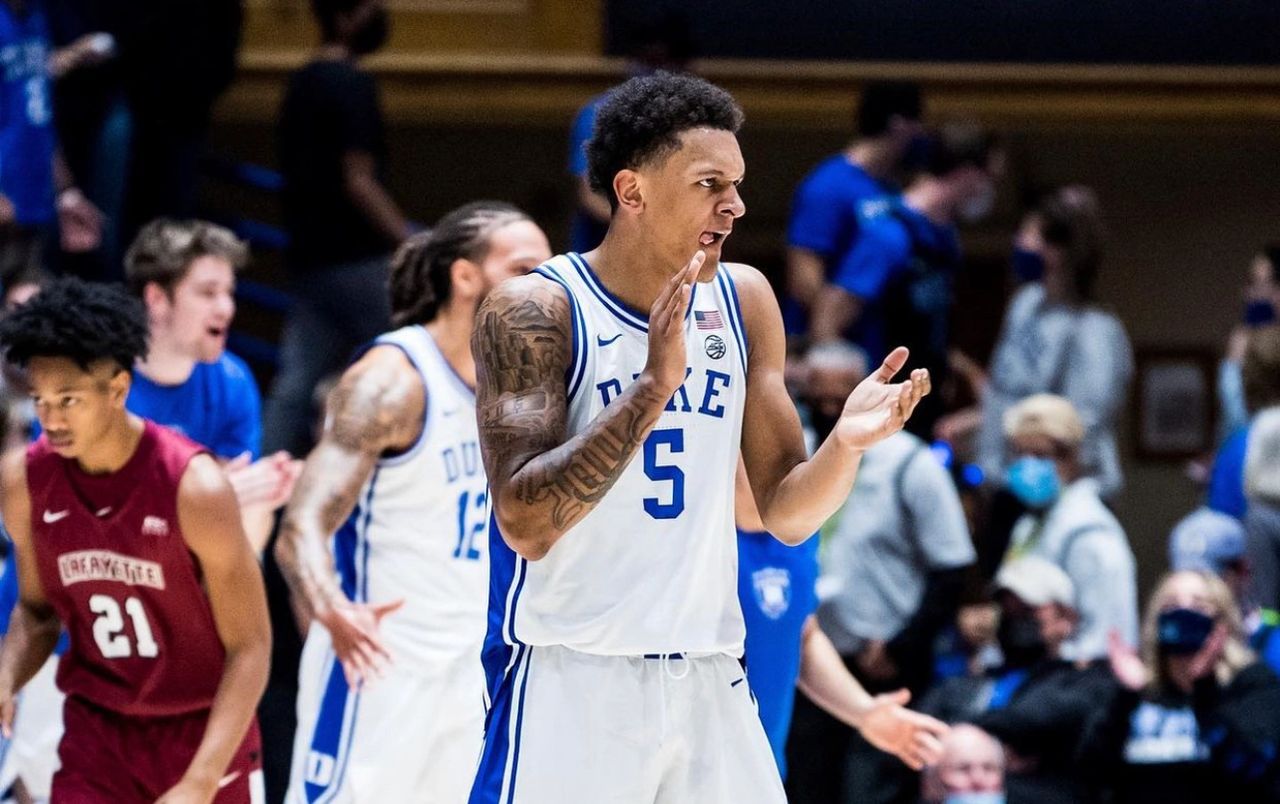 As the 2021-22 NBA season is underway we are seeing some of the 2021 NBA draft prospects showing how much talent was in that draft class. That will be the same case in the 2022 NBA draft. This draft will consist of players from College basketball, G-League Ignite, International players, and Overtime Elite players. With that being said, Anthony Forrester will show you the top 10 prospects in the 2022 NBA Draft.

1. Paolo Banchero (Forward/Duke) – The 6-foot-10 250 pound forward is the best player in this upcoming draft. Paolo’s physical tools and skill set is perfect for today’s NBA game. Paolo has shown his ability to score in the ACC averaging 16.5 ppg so far this season. From being explosive in transition to playmaking in the half-court set. On the defensive end, Paolo has shown discipline and is aggressive in stopping ball penetration. Coach K will continue to help Paolo develop in which will be both of their last seasons at Duke.

2. Jabari Smith (Forward/Auburn) – Jabari has a great frame along with his ability to take defenders off the dribble as well as being effective in the post. At 6-foot-10 220 pounds, Jabari can score from all three levels and has been impressing scouts since the beginning of the season. Jabari’s relentless ability to be physical down low is going to help him as he gets stronger and continues to develop.

3. Jaden Hardy (Guard/G-League Ignite) – According to Rashad Phillips aka YODA, Jaden is a 6-Star prospect. Jaden decided to join the G-League Ignite instead of playing college basketball this season. So far Jaden is averaging 18 ppg in the G-League which is no surprise since Jaden was the best scorer coming out of high school. Jaden has unlimited range and can create offensive at any time. Jaden is a dog on the defensive end and that will help him as he transitions to the NBA game.

4. Jalen Duren (Center/Memphis) – One of the most impressive things about Jalen is that he reclassified and should be in his last year of high school which just shows how good Jalen is. The 6-foot-11 250 pounds Center has an incredible frame and has shown his physical ability at Memphis. Jalen has been improving as the season is going along and made tremendous strides on the defensive end. His ability to be a presence download makes it hard for others to finish around the rim as well as his pick-and-roll defense.

5. Chet Holmgren (Forward/Gonzaga) – Chet is one of the best shot blockers in this upcoming draft. His frame at 7 foot and 196 pounds makes it hard for players to finish around the rim. His length and wingspan affect players’ shots. At Gonzaga, Chet is averaging 12.7 ppg, 8.5 rpg, and 3.6 bpg so far this season. Chet will need to get some muscle on his slime frame but he will still make an impact at the next level with his ability to spread the floor and be an anchor down low.

6. Jaden Ivey (Guard/Purdue) – Jaden returning for his sophomore year is paying off. As the 6-foot-4 195 pounds guard will be a lottery pick in this upcoming draft. Jaden shoots the 3 at a high clip which opens up his ability to take players off the dribble with his quick first step. Jaden moves well without the basketball finding the open lanes and cutting for easy buckets. Jaden has shown all the tools to be a good defender at the next level.

7. Johnny Davis (Guard/Wisconsin) – Johnny Davis has been rising up draft boards in his sophomore season. So far this season Johnny is averaging 20.9 ppg and 6.1 rpg. Johnny is an elite guard that can get to the rim with authority as well as knockdown contested jumpers at a high clip. Johnny is a big-time player and he proved that in a victory over Houston where he scored 30. As the season continues Johnny will continue to climb up draft boards.

8. Patrick Baldwin Jr. (Forward/Milwaukee) – Coming into this season Patrick was projected a top 5 pick. But with Milwaukee struggling this season it has impacted Patrick stock a little. Patrick still has the tools to be a top 5 pick in this draft. But he will need to show that in the second half of the season. Patrick’s ability to run the floor with his athletic frame makes him a problem in transition.

9. Bennedict Mathurin (Guard/Arizona) – Bennedict is one of the best two-way players in this upcoming draft. His ability to defend at such a high level makes it tough for opposing players when they play the Wildcats. Not only is Bennedict a menace on the defensive end but he is averaging 17.4 ppg so far this season which is second in the Pac-12. He is a player that can play right away and make an impact where needed.

10. Jean Montero (Guard/Overtime Elite) – Jean is the first international star for Overtime Elite and he has shown that as being the best player in the league. In Overtime Elite Jean is averaging 18.9 ppg, 9.3 rpg, and 7.3 apg. Jean’s competition isn’t close to what he will see at the next level but the players in overtime are still developing. Jean is an offensive assassin and his ability to be a playmaker makes him a triple-double threat when he steps on the floor. Not only that but his defense is going to be key for him at the next level against NBA guards.