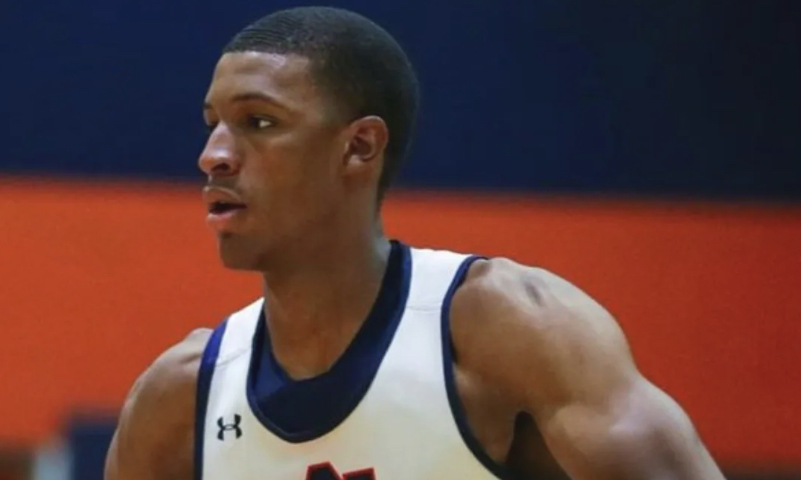 Looking at the SEC and the talent level, it should be an excellent year for the conference. With top incoming freshmen, transfers, and returning players throughout the conference, the SEC looks to be one of the top conferences this year. With that, Anthony Forrester will list the top 10 players in the SEC.

1. Jabari Smith, Power Forward, Auburn – Jabari Smith is the 6-foot-10 incoming freshman with great length and frame. Jabari is ranked 4th overall and the 2nd best power forward in his class. Jabari will be a great addition to the War Eagles as some believe he has the chance to be one of the top players in all of college basketball. Whatever Jabari team needs him to do, he will do from his ability to be a bucket getter; whether it’s off the dribble, Pick&Roll, or in transition, he will get it down. Coach Pearl will love what Jabari brings to the team and will look for him to lead the War Eagles this season.

2. Scotty Pippen Jr., Shooting Guard, Vanderbilt – Scotty Pippen Jr. is the son of an NBA Hall of Famer but has made a name for himself in college basketball. Scotty is a pure scorer and proved that last season at Vanderbilt, where he averaged 20.8 ppg, ranked second in the SEC in scoring. Scotty is returning to Vanderbilt for his Junior season as one of the best guards in the conference. Scotty made First Team All-SEC last season and will try to repeat it under third-year coach Jerry Stackhouse.

3. Jahvon Quinerly, Guard, Alabama – Jahvon ended last season with a bang as he helped lead Alabama to its first program tournament championship title since 1991 in the SEC. In that tournament, Jahvon was named the SEC Tournament Most Outstanding Player, where he averaged 15.7 points, 3.0 assists, and 2.7 rebounds per game while shooting 59.4 percent from the field and 46.2 percent from behind the arch. Alabama will need offense after losing four starters from a year ago, but Jahvon showed the Crimson Tide that he can be that for them, ending the season with 15 straight double-digit scoring performances. Jahvon looks to be a force in the SEC this season.

4. Chris Lykes, Point Guard,  Arkansas – Chris, the Miami Hurricanes transfer, is coming into an incredible culture with the Razorbacks this season. Last season, with the Hurricanes, Chris averaged 15.5 points, 5.5 assists, 4.0 rebounds, and 2.0 steals in 2 games before being out with an injury. Chris looks to join a backcourt with last year’s sixth man of the year JD Notae who led the team in scoring with 22.2 points per 40 minutes. Chris will look to bring his scoring punch to the Razorbacks as he will be a top player in the SEC.

5. JD Notae, Guard, Arkansas – JD is returning after a great season with the Razorbacks. He led the team in steals with 46 and was third in scoring, averaging 12.8ppg. Last season JD led the team in scoring seven times. Look for that number to increase with an increased role this season. In the backcourt, JD will get some offensive help with the University of Miami transfer Chris Lykes who was in the top 10 in scoring in his Sophomore(9th) and Junior year(10th). Look for JD to be one of the best players in the SEC.

6. Jaden Shackelford, Guard, Alabama – Jaden Shackelford led the Crimson Tide in scoring with 14 points per game last season. That helped Jaden make Second Team All-SEC the previous season. The Alabama guard showed his ability to score the basketball on a team filled with players that went into the draft this year. Jaden is a scorer in two seasons at Alabama; he is already at 927 career points. Jaden can shoot at a high clip from three last season; he had a career-high 8 three pointers made in a game. Look for Jaden to be one of the main focal points on offense as he is the only returning starter on the team.

7. Sahvir Wheeler, Point Guard, Kentucky – Sahvir Wheeler is an excellent player, and the Wildcats were very lucky to land him in the transfer portal. The former Georgia Bulldog averaged 14 points, 7.4 assists, 3.8 rebounds, and 1.7 steals per game. Sahvir did it all for the Bulldogs leading them in points, assists, and steals. Last season Sahvir made Second Team All-SEC with a change of scenery; the Kentucky point guard looks to do more this season. Sahvir game fits the Coach Cal system, so it should be great for his development. Incoming freshmen TyTy Washington will compliment Sahvir well in the backcourt.

8. Colin Castleton, Forward, Florida – Colin made an impact in his debut season with the Gators. Last season, the Michigan transfer came into the University of Florida and averaged 12.4 points, 6.4 assists, and 2.3 blocks. Colin ranked second in the SEC in blocked shots. Colin was honored with Second Team All-SEC last season. Colin is an elite rim protector and will continue to anchor for the Gator’s defense this season. With the exit of Tre Mann, the Gators will look to Colin for offense, and with the offensive flashes he showed last season, no doubt he will be up for the task.

9. Kennedy Chandler, Point Guard, Tennessee – Kennedy comes into Tennessee as the number 1 point guard in his class. Coach Barnes is getting an incredible talent and floor general for his program. Kennedy is great in the pick-and-roll, isolation, and catch-and-shoot opportunities. Kennedy has a high basketball IQ and can be one of the best guards in the conference with his skill set.

10. JD Davis, Point Guard, Alabama – JD is from Alabama and will be staying home to join the Crimson Tide. JD is joining an Alabama team that lost four