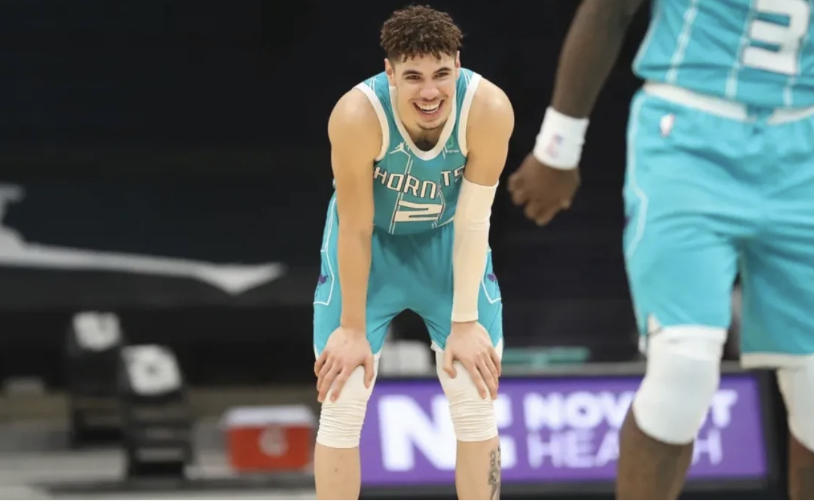 As the NBA offseason winds down, the slew of breaking-news signings and Summer League scores and highlights begin to fade off into the distance. Players are now, for the most part, entering the “dog days” of training and individual work with their skills coaches; and they will soon — about a month’s time now — have to make a return to their home markets for the official start of training camp, followed by the subsequent onslaught that is media day.

With all of this being said, there is no question that outside of the new free-agency signings and star rookie draftees, the second-year players will have the most attention with regards to hope and expectations for this upcoming season. No matter the given players’ individual performance last year — or any other circumstance, team or otherwise for that matter — they will be expected to outperform what they accomplished last year, as the time in which teams give players to develop becomes marginally shorter.

So, with no further adieu, here are five sophomore players poised to have breakout campaigns for their teams in the upcoming 2021-22 NBA season:**

**Note: breakout does not refer to players with the statistically best season(s); it’s which players have the biggest impact or make the biggest jump from year one for their respective teams.

Precious Achiuwa, Toronto Raptors – Achiuwa was a key returning asset for Toronto in the deal that sent — quite possibly the greatest Raptor of all time — franchise legend Kyle Lowry to the Miami Heat. Although Achiuwa won’t be expected to fill the production void left by Lowry, he will have a role that’s expanded considerably, one that will garner it’s own unique set of expectations. Achiuwa has shown his motor at both the collegiate and professional levels already, which was most notably displayed in a highlight defensive stop of Kevin Durant during this past Olympics’ exhibition play. If Achiuwa is able to continue playing with that same motor on both sides of the ball — attacking on pick-and-rolls downhill and defending the switch or roll on the other end — and continues to progress in his shooting ability, he should see a steady increase in production on a Raptors team that needs every bit it can get.

LaMelo Ball, Charlotte Hornets – LaMelo was already a standout player in the rookie class of 2020, earning NBA Rookie of the Year honors over fellow top-3 picks Anthony Edwards and James Wiseman respectively. Most around the league already consider the second NBA Ball brother to be one of the better distributors of the basketball in the entire league, and his display of passes only proved that last year. However, Ball was not starting games through the first half of the season, and unfortunately succumbed to an injury for the latter-half of his rookie campaign. Both of these were setbacks to a season that was still, overall, a major success; and furthermore, proves reasoning as to why Ball might be even better this year. Even with a team that’s maybe marginally better, Ball has the talent and ability — if healthy — to produce at an All-Star caliber level. It’s only a matter of not if, but when for Ball.

Tyrese Maxey, Philadelphia 76ers – With the impending trade of Philadelphia 76ers’ All-Star guard Ben Simmons, Maxey is clearly in a position of role-filling for a 76ers squad that lacks depth at the guard position. Last year, the Sixers acquired George Hill, a veteran point guard who could run the offense at times when Simmons was not on the floor. This year, however, George Hill is not on the roster — he signed a deal to return to the Milwaukee Bucks — and there are no other veteraned players who are capable of running the offense. Maxey also does not fit the bill when it comes to running the offense, but has displayed a knack for getting downhill consistently, both in transition and out of the pick-and-roll in half-court sets. With a newfound role within the season, Maxey should see more of a responsibility in running the offense, and at which point, should capitalize on the opportunity.

Aaron Nesmith, Boston Celtics – Nesmith had a breakout Summer League campaign, averaging 17.4 points a contest and converting on over 50% of his shots. This display of scoring ability, albeit in just five games of exhibition play, proves as a strong showing of the steps Nesmith has taken in improving his shot-making ability and consistency from year one to year two. If Nesmith is anything close to his Summer League form during this year’s regular season, then he should see more of a first-rotation role as a contributor off the bench for a Celtics team that needs as much perimeter shooting as it can get.

Devin Vassell, San Antonio Spurs – Vassell may not be the player who has the most impact as far as win shares, however, he does have the potential to make one of the more substantial growths on this list. Last year, Vassell appeared in 62 of 72 games, averaging roughly 6 points and 3 boards on an effective field goal percentage of about 50%. These numbers aren’t sumbantive, but they do point to a potential role for Vassell in the near future. As a shifty wing who can score at all three levels, Vassell is almost a prototypical three-and-d wing who can lock down players with his length and switchability. In the NBA’s Las Vegas Summer League, Vassell had some breakout performances, and in one game, was close to a double-double with 27 points and 8 rebounds, all on good percentages across the board. Vassell’s minutes are sure to get an increase with the Spurs organization moving on from the LaMarcus Aldridge and DeMar DeRozan era; and with an improved jump shot and better consistency from behind the arc, Vassell should see a substantial value added to the Spurs young core and rotation.