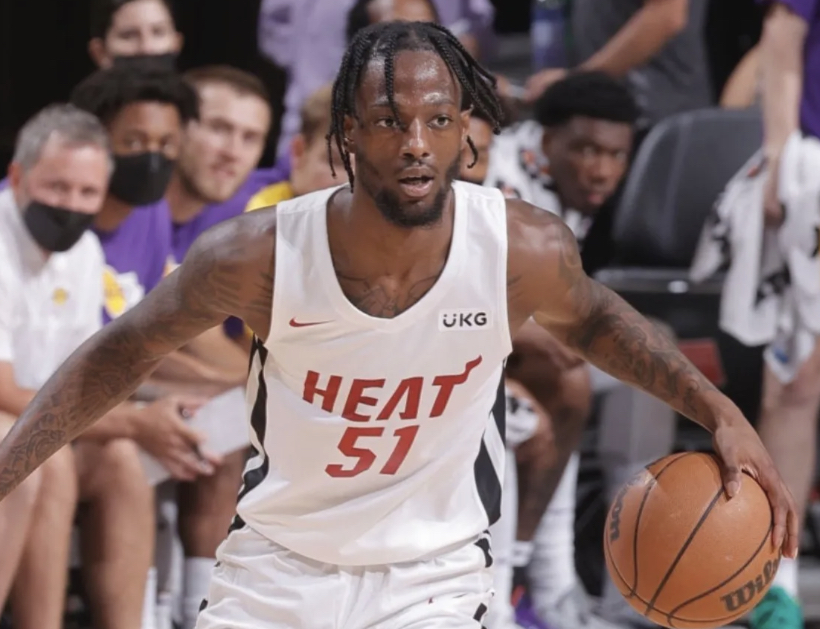 The NBA Summer League has been nothing short of a glimpse of what this year’s rookie class can offer before the start of the regular season. There were standout players who looked like they could find themselves on a roster, while some deserving of a two-way contract. Here’s a look at the top 10 best players from this year’s NBA Summer League.

1. Marcus Garrett: Marcus Garrett has been making quite a name for himself while playing for the Miami Heat summer league team. He recorded a double-double of 11 points and 10 rebounds, not to mention being a defensive pest. The Heat are a defensive-minded team and if Garrett continues to impress, he will become the next undrafted rookie project that Miami can turn into a key rotation player like Duncan Robinson and Kendrick Nunn in the past.

2. Cade Cunningham: The number one draft pick for the Detroit Pistons showed flashes of his offense. Throughout the summer league, Cunningham averaged 16.0 points and 5.0 rebounds per game. Detroit was in need of a primary scorer for many seasons, let alone a franchise player, but now they’ve found one in the promising Cunningham.

3. Jalen Suggs: Much like the Pistons, the Orlando Magic were in need of a primary scorer and someone to build their team around and have found that in Jalen Suggs. Suggs was the best scorer during the NCAA Tournament and continues to improve his all-around game. Already with 15.3 points and 6.3 rebounds per game during the summer league, Suggs will continue to get better as he prepares for his rookie season.

4. Cole Anthony: While on the subject of the Magic, Cole Anthony is another player that Orlando is hoping to improve from last season. Anthony averaged 12.9 points, 4.7 rebounds, and 4.1 assists with the Magic in his rookie season, but in the summer league, he is paired with the aforementioned Suggs. An offensive backcourt duo of Anthony and Suggs is a step in the right direction for Orlando, but it’s all about getting other players to improve and mesh down the road.

5. Jonathan Kuminga: Kuminga showcased his offensive talents as a member of the NBA G League Ignite, which garnered the attention of the Golden State Warriors. The 6’8 small forward from the Congo could fill a void in that position for the Warriors, who will need some deft shooting and some defense after missing out on the playoffs for the second consecutive season. Kuminga continues to impress in the summer league with his raw talent.

6. Josh Giddey: Australia’s Josh Giddey is the first building block for the Oklahoma City Thunder’s rebuild, and it’s not hard to see why. From playing in the Olympics to now, he has played at a stellar level. Though the Thunder are still young and have Shai Gilgeous-Alexander leading the team, OKC will look to their draft pick as a project to turn him into a star sooner than later.

7. Scottie Barnes: The Florida State product was selected by the Toronto Raptors, quite possibly to replace Pascal Siakam as the face of the franchise for the future. Though Barnes’ game is a bit up and down, one area that is consistent is getting to the free throw line. Barnes was 8 for 12 from the line, which can be helpful to an already offensive oriented Raptors team. Look for Barnes to lead the Raptors in most free-throws made this upcoming season.

8. Jalen Green: The Houston Rockets needed a restart after letting go a few notable players, while only building around an improving Christian Wood. Jalen Green has all the athleticism and all-around game that can give the Rockets a glimpse of what to expect. Green currently averages 20.3 points, 4.3 rebounds, and 2.0 assists per game in the summer league, but those will improve as the league progresses.

9. Corey Kispert: Another notable player from Gonzaga and one that has a knack for hitting 3-pointers, Corey Kispert can be looked at as someone who is reliable from behind the arc. He shot 44 percent in his senior year, but in the summer league, he made 8 points in his debut. Look for Kispert to come off the bench for the Wizards, while learning the ways of the league with fellow Gonzaga alum Rui Hachimura.

10. Omer Yurtseven: Towards the end of last season, Omer Yurtseven was signed by the Miami Heat, but was never utilized at all. In the summer league, he is given a chance to showcase what he can do. Yurtseven averaged 23.0 points and 11.0 rebounds per game, including knocking down a game-winner. The Heat are still riding high for obvious reasons, but with a developing Yurtseven, he could be a big help to Bam Adebayo, PJ Tucker, and Dewayne Dedmon in the paint.