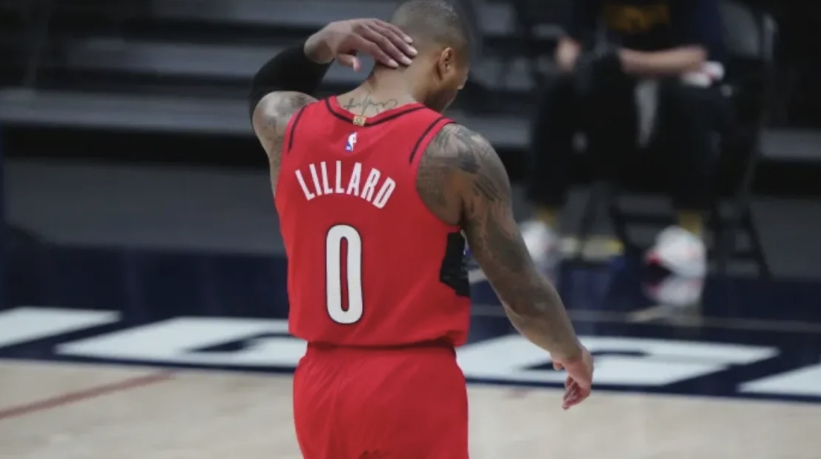 After yet another season ending in an early playoff exit, the Portland Trail Blazers’ Damian Lillard has evidently become disgruntled with the overall situation. The lack of team building — or one with any sustained success — has worn on the veteraned All-Star, who has only been to the conference finals once thus far in his career. A player of Dame’s stature can only take mediocrity for so long, even with the associated loyalty he has displayed during numerous occasions in which some stars may have already decided to move on.

Nevertheless, it all but seems like a done deal that Damian Lillard will soon be on the trading block for countless suitors across the association. At this point, with the way in which Lillard has responded to any questions regarding his impending trade, the ball is truly in the court of Blazers’ GM Neil Olshey.

So, with that being said, there are several candidates that could very well make a move towards bringing in a player such as the likes of Damian Lillard — despite his massive contract; and would have the assets and trade pieces to do so.

One possible trade destination is the Dallas Mavericks, who also have had an offseason filled with drama and turmoil — this being within the front office. The Mavericks — who’ve struggled to find playoff success with their own superstar in Luka Dončić — have been rumored in pursuing trade talks to move tandem star player Kristaps Porziņģis, and would presumably do so in a hypothetical Blazers trade scenario.

With that being said, a possible three-way deal with the Golden State Warriors could look something like this: Golden State acquires Porziņģis and Robert Covington of the Blazers; Portland is traded Andrew Wiggins and James Wiseman from the Warriors, Jalen Brunson from the Mavericks, and both the 2023 top-10 protected pick from the Knicks, Porziņģis trade, as well as a 2025 first-round pick of their own; the Mavericks get Lillard.

This trade makes a lot of sense for all three of the teams involved, and more importantly, would position Lillard on a team that would have a real shot at contending for a championship the following year.

Another possible trade destination resides in the Philadelphia 76ers, whose perennial All-Star — Ben Simmons — has received quite the response after his overall lack of winning performances in the playoffs. Simmons, who has only made it as far as the Estern Conference Semifinals, is a over-sized point guard who has lacked a jump shot; yet, his ability to make plays in the open court and in transition are what make him so highly vaunted, and his defense is considered maybe his best skill overall.

Nevertheless, the Sixers have been noted already as shopping around Ben Simmons in trade packages, and have been receiving offers for about a month’s time. One such hypothetical Damian Lillard for Simmons swap would look something like this: Damian Lillard to Philadelphia in exchange for Ben Simmons, George Hill, Isaiah Joe, and a future first-round pick.

This deal would be fair from both the 76ers and Blazers side of things for several reasons. For one, the Sixers would finally get a true 1a/1b for bigman Joel Embiid — one that can actually create shots for himself from outside of the paint. It has been said that the only thing the Philadelphia 76ers are missing is a true, modern-day point guard who can create a shot for himself; they now would have that in Damian Lillard.

Now, on the Blazers side of things, this would also be very beneficial for the team due to the fact that they now have a player who compliments CJ McCollum’s scoring abilities, and also would sure up Portland’s defense. George Hill is a fine veteran player who can lead a secondary unit off the bench. He also has an expiring contract that can either be moved, or comes off the books the following offseason. The final player in the deal, Isaiah Joe, is a promising young shooter who could very well develop in Portland, either on the roster or within the G-League; and finally, the future first-round pick guarantees an asset for the Blazers who can either be a part of maintaining playoff success, or a rebuilding addition.

Nonetheless, it is clear that whatever may happen this summer, Damian Lillard could very well be on the trading block; and this, for the rest of the 29 teams in the league, should be considered as something that’s very scary.