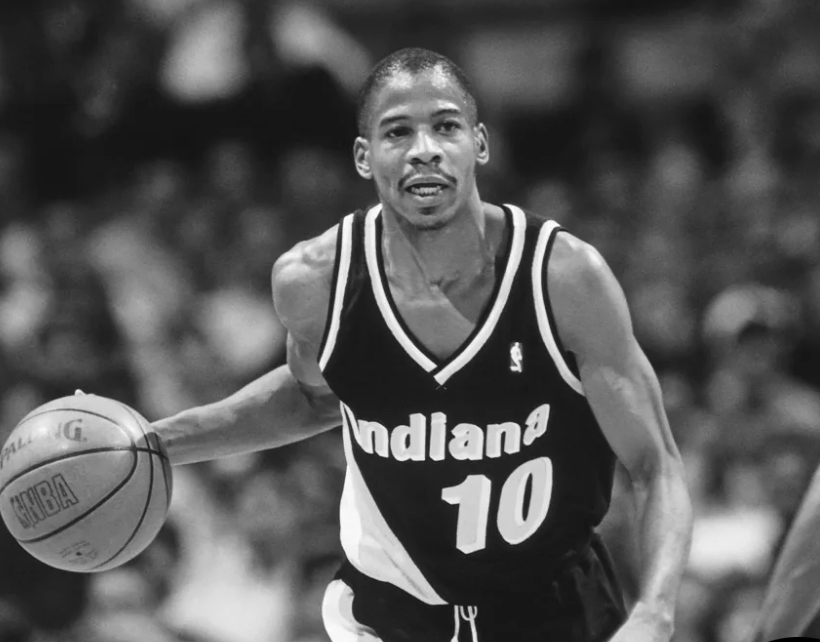 We look at the top ten players who graduated in 1980 and we put the best ten because this was a deep class. The PSAL dominated this class but let’s not forget the the CHSAA stood out among the best. Here is our top 10:

1. Vern Fleming – Mater Christi:Vern was a special player out of Mater Christi high in Astoria. Fleming led Mater Christi to the 1979 City Championship as a Junior. Fleming was first team All City and All American in his high school career. He went on to have a great career under Hugh Duram at Georgia. He led to Bulldogs to the 1983 Final Four. Also he was on the 1984 USA Olympic team under Bobby Knight which won the gold medal. He played alongside with Michael Jordan and Chris Mullin. He was all SEC in 1984 and was selected by the Indiana Pacers in the first round. He played 11 seasons with them and one with the New Jersey Nets.

2. Gene Waldron – Long Island City:Waldron was first team All City and played under coach Floyd Bank. Waldron along with Vic Fleming led LIC to the 1980 PSAL City Championship before falling short to Stevenson. Waldron played for the legendary Jim Boehiem at Syracuse. He became a role player in their program and a three year starter.

4. Gary Springer – Franklin: One of the top players in the NYC and played on a loaded Franklin squad that consist Richie Adams, Kenny Hutchinson, Lonnie Green, and Walter Berry. He played at Iona which he was all MAAC and complied 1,866 points and 1,021 rebounds in his four years as a Gael. Springer was drafted in the sixth round in the 1984 NBA Draft by the Philadelphia 76ers. Played in Puerto Rico for a coil of seasons.

5. Richie Adams – Franklin: Known as the”Animal” Richie Adams was a part of Ben Franklin great teams along with Gary Springer and Walter Berry. Adams was All City and All American and took his game to UNLV and played under the great Jerry Tarkanian. Adams had a stellar career in which he scored 1,168 points and grabbed 623 rebounds. Adams was drafted by the Washington Bullets in the 4th Round of the 1984 NBA Draft.

6. Steve Burtt – Charles Evan Hughes: Burtt was a sensation at Hughes High where he was First Team All City. Went to Iona in which he was MAAC Player of the year in 1984 and help Iona to the NCAA Tournament. He was drafted by Golden State in 1984 and played brief stints with the Los Angeles Clippers, Washington Bullets, and Phoenix Suns. Burtt is a popular player in the NYC area in which he became a Pro Am Legend and drop 25 to 30 points per game.

7. Mike Moses – Tolentine: Moses was a first team All City and led the school to the 1980 CHSAA City Championship. He went on to play collegiate ball at the University of Florida, and later transferred to St. John’s. He was a member of the 1985 St. John’s Final Four team.

9. Victor Fleming – Long Island City: Along with brother Vern, Vic earned All City honors in 1980 along with this deep class. He play alongside with Gene Waldron at LIC that help made a run at the PSAL City Championship. Victor Fleming took his talents to Xavier in which he became a standout for four seasons. Fleming was selected in the 2nd round of the 1984 NBA Draft by the Portland Trailblazers.

10. Wendell Walters – Brooklyn Tech: Walters was an All City honor at the Brooklyn school. He played at Rhode Island before transferring to Iona in which he played a role in the teams run to the 1984 and 1985 NCAA tournament.

After looking at this I have to say the 1980 class was loaded with talent. Franklin and the Long Island City area was the place to be watching some great basketball. Five of these top ten player got drafted in 1984 which was outstanding. This 1980 graduating class needs to be reckoned among with the best.