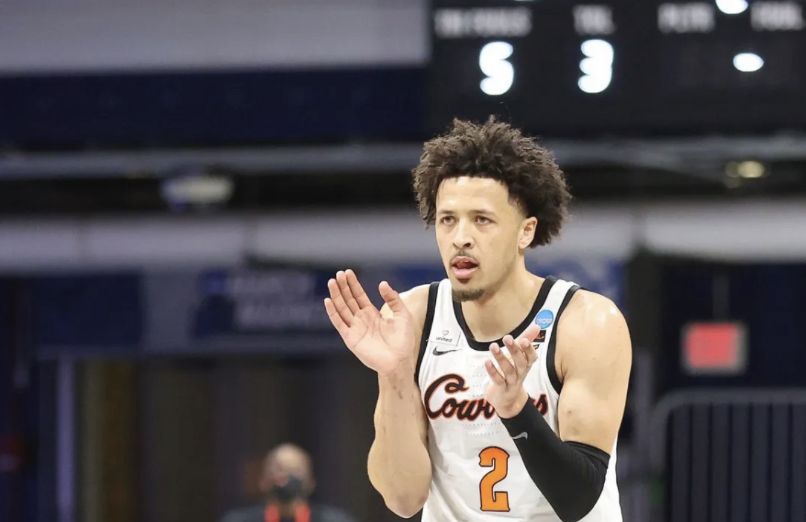 The Detroit Pistons are now a week removed from earning the No. 1 overall selection in this year’s upcoming NBA draft, their first ever in the lottery era.

This is a monumental victory for a team that has struggled to find any sustained success after the “Going to Work Pistons”, a period that — at its peak — delivered the franchise its third NBA Championship. Since the end of that era, Detroit — who won a mere 20 of their 72 games played this past year — has only been to the postseason twice following a sweep by the Cleveland Cavaliers in the first-round of the 2009 NBA playoffs, and have failed to win a playoff game in nearly a decade and a half span.

Nevertheless, with a 2021 draft class considered by most — if not all — NBA scouts as one that’s “top-heavy”, the prospects of winning the No. 1 pick are tremendous. Not only does it give second-year general manager Troy Weaver the opportunity to draft a player with a high talent ceiling, but also allows for the Pistons to wield some amount of leverage having an asset that’s vaughted as such.

For many draft experts, the top five prospects in this year’s draft are Cade Cunningham, Oklahoma St.; Evan Mobely, USC; Jalen Green, G-League Ignite; Jalen Suggs, Gonzaga and Johnathan Kuminga, G-League Ignite. With that being said, the consensus top-pick in almost all mock drafts has been one-and-done standout Cade Cunningham, who led his Oklahoma St. Cowboys team to the second-round of this year’s NCAA Tournament before being knocked out by the Elite Eight bound Oregon St. Beavers.

As a five-star sensation from Montverde Academy, and the No. 2-ranked recruit in ESPN’s 100 rankings for the class of 2020, Cunningham possessed the skills and ability to operate with the ball in his hands as a 6’8 playmaking guard who could score.

At Oklahoma St., Cunningham had to rely more on his teammates as he received a lot of the scouting report attention. As a result, this forced him into making tough passes, causing turnovers in the half-court and leading to transition opportunities for opponents. In his 27 games played for the Cowboys, Cunningham compiled an assist to turnover ratio of .87, a figure that’s well below the 2020-2021 NBA season’s league average.

On paper, this may not bode well for a prospect who’s supposed strength is getting others involved. However, due to the favorable moves and overall roster construction Troy Weaver has made within just his first year as Pistons general manager, it seems as though the fit of adding a high-caliber player — like a Cade Cunningham — makes sense.

Last year, the Pistons had three first-round selections, including Killian Hayes of the EuroLeague’s Ratiopharm Ulm at seventh, Isaiah Stewart out of Washington at 16th and Saddiq Bey of Villanova at 19th. Both Bey and Stewart had productive first seasons, culminating in NBA All-Rookie first and second-team honors respectively. Hayes, who was the Pistons top selection in 2020, struggled out of the gate missing a total of 46 games with a torn hip labrum injury suffered in early January. Regardless, all three rookies played major roles for a young 2020-2021 Pistons team, and showed glimpses of what they’re capable of, both now and in the long-term.

Furthermore, if the Pistons were to draft the presumptive No. 1 pick in Cade Cunningham, there would arguably be a real potential for the team to see serious improvement within the aforementioned “now” frame of reference.

For one, having the ability to play both Cunningham and Killian Hayes on the floor at the same time takes pressure off of both player’s shoulders to be the primary playmaker on the court. In addition, Jerami Grant — the Pistons’ Most Improved Player award candidate and signee from last offseason — displayed his own ability as someone who could also play with the ball in his hands, even bringing the ball up the floor and setting the offense when the roster was lacking in guard play.

Guys like Saddiq Bey and Isaiah Stewart would also be great pairings for Cunningham’s game in such a hypothetical situation. Both players are offensively gifted in their own ways, and would be able to relieve Cunningham from making bad decisions or having to force up contested shots. In the case of Saddiq Bey, his ability to knock down shots as an up and coming “3-and-D” specialist is immense in the relief of Cade Cunningham; a skill-set type that Cunningham has yet to play with in his amateur/pro career.

Isaiah Stewart — affectionately known as “Beef Stew” — would also theoretically relieve some of the pressure from Cunningham to create offensively from a scoring perspective. In his first year with Detroit, Stewart displayed a knack for hustling and finding second chance opportunities on the offensive glass. His ability to be a pick-and-roll partner for Cunningham — and also play out of the dunker’s spot and rim-run — makes for a deadly one-two tandem.

In any case, being able to roll out — when healthy — a starting lineup of Killian Hayes, Cade Cunningham, Saddiq Bey, Jerami Grant and Isaiah Stewart can only be a sign that “The Going to Work Pistons” may have a second-coming act.