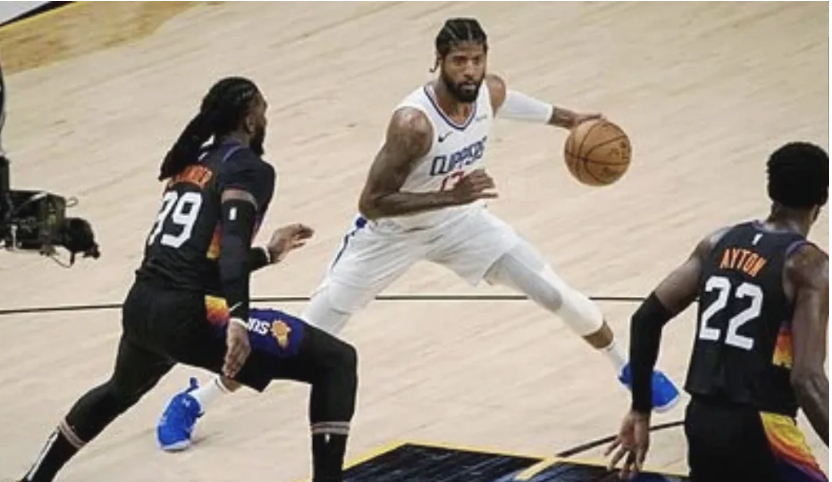 Ever since Paul George coined himself “Playoff-P” his playoff performances have been open to heavy scrutiny, and rightfully so as he has disappointed in big games in the past few years. With Kawhi Leonard out indefinitely with a knee injury, a heavy load has been placed upon PG. He has done just that, and with his back against the wall last night, delivered for coach Lue. He had 41 points on 75% shooting from the field. He has proven his worth this entire series, averaging 30 points, 11 rebounds and six assists per night. It hasn’t been the most efficient scoring, but he has gotten it done against a much healthier Phoenix team  and will have an opportunity to even the series at 3 games a piece tomorrow night.

The Clippers ended up winning comfortably and fighting off multiple runs from the Suns in the second half. This wasn’t all Paul George’s doing, as the Clippers got strong contributions from Marcus Morris, Reggie Jackson and Demarcus Cousins, who all scored more than 15 points. Cousins was a spark off the bench and scored 15 points in just 11 minutes.

The closer last night was Reggie Jackson who has never shied away from the moment in his career. With 6:40 left in the 4th, the Suns had cut the deficit to four, but Jackson calmly fired up two moonshot three pointers in three possessions that found the bottom, and then took advantage of a Paul George steal and outlet pass and had a monster dunk to put the game out of reach for the Suns.

The Clippers were able to weather the storm that was the Suns ball movement and three-point shooting to the point where you have to think that the Clippers could push this series to seven games. The fans in LA will be going crazy tomorrow night, and Paul George should be able to build off of the confidence that game five gave him, as well as the fans screaming their heads off.

The Suns will need more from their role players if the Clippers role players decide to step. Mikal Bridges and Jae Crowder combined for just nine points last night, and that ended up being the difference. Usually these guys are knock down shooters, who are good off-ball cutters and can set themselves up for easy shots knowing that Chris Paul is always looking for the cutters. They seemingly disappeared in the second half of this game.

I doubt that this happens again, as Chris Paul will continue to encourage them to stay involved in the offense, and even if the Clippers even the series, I feel as if the Suns pull out a win in game seven in the Valley and advance to the NBA Finals with a chance to win their first title in franchise history.