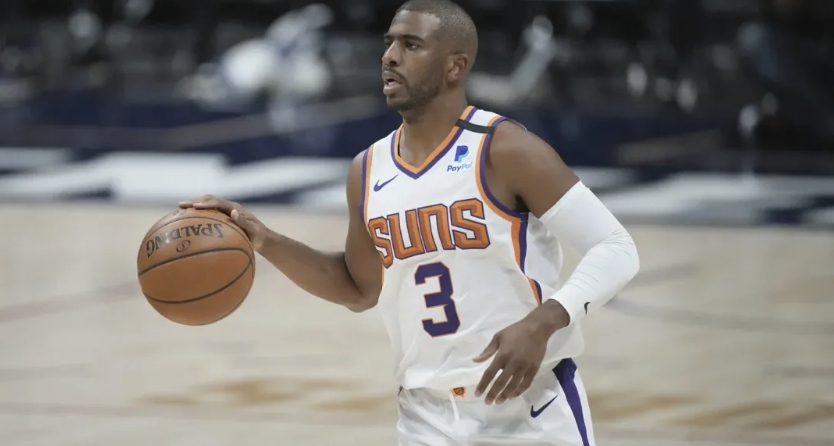 The Suns were one of the most impressive teams this season in the regular season, and they have not disappointed a single bit in the playoffs. In the first round they had the tough draw of playing the defending champions, Los Angeles Lakers. But thanks to an injury to Anthony Davis, the Suns were able to topple LeBron and company in six games, even while Chris Paul had a shoulder injury that was clearly affecting how he played on the court.

In the second round, they made quick work of the MVP, Nikola Jokic, and swept the Nuggets that set them up with an eastern conference finals matchup with the Los Angeles Clippers.

The Suns were thrown nasty curveball prior to game one of the series when they learned that Chris Paul tested positive for COVID-19 despite having been vaccinated earlier in the season. He was then put into the NBA’s health and saftey protocols and missed the first two games of the series.

In Paul’s absence, an unlikely hero stepped up at the point guard position to fill his shoes. Cam Payne averaged 20 points and 9 assists in his absence and helped the Suns jump out to an early 2-0 series lead. Payne was drafted back in 2015 by the Thunder and had been a disappointment so far in his career until he came to the Suns. He has been a very solid backup point guard for the Suns in his two seasons with the team and showed that he can step up and take over more of the playmaking load when called upon.

But now with CP3 cleared to play for game three tonight, the Clippers are playing for their lives. If they lose tonight and fall behind 3-0, that almost certainly secures their fate of exiting the playoffs before the finals for yet another season. Injuries suck and the Clippers are without Kawhi Leonard but the best ability is availability and putting an asterisk by any team who wins the title would be unfair to all of the different elements that go into winning a title.

Chris Paul’s return will even further unlock the other Suns to play to their best ability. In Paul’s absence, DeAndre Ayton and Devin Booker have played some of the best basketball of their careers, but Chris Paul coming back will allow them to get more open shots. Ayton and Paul have great chemistry in the pick and roll, and Ayton has proven to be too athletic for any of the big men that the Clippers throw at him, and far too strong if the Clippers dare to play small against them.

Whether he is getting his own shot, or setting up his teammates for easy baskets, Chris Paul returning in this series is pretty much the nail in the coffin for the Clippers season, and even if the Suns lose tonight, I see no scenario in which the Clippers are able to come back, especially without Kawhi Leonard.