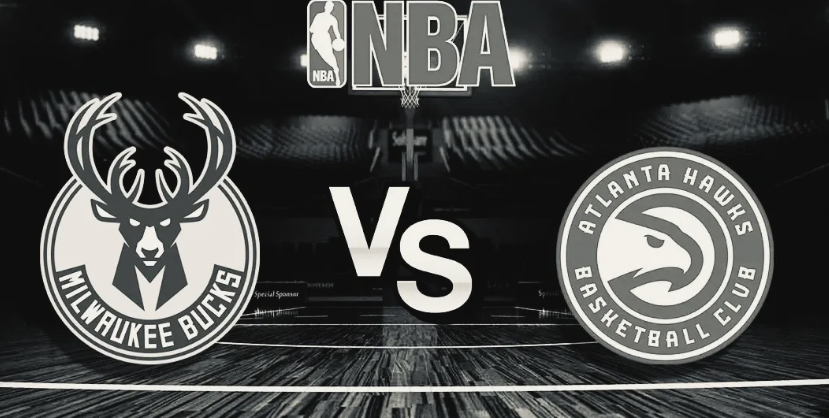 The Atlanta Hawks and Milwaukee Bucks both came into their second round series as heavy underdogs to advance to the eastern conference finals.

The Hawks comfortably defeated the Knicks in the first round and by locking up Julius Randle and making him look like a shell of the player that he was during the regular season and forcing others to beat them. They then matched up with Philadelphia in the second round and caught a break when Joel Embiid tore his meniscus and had to play hurt the rest of the series for the Sixers. They ended up defeating the Sixers in a hard fought seven games series, where All-Star Ben Simmons took only three shots in the fourth quarter throughout the entire series.

The Sixers may have underperformed, but the Hawks were impressive in their own right throughout the series. Trae Young is unequivocally the leader and star of the Hawks and he has made it loud and clear to the NBA that he is one of the best point guards in the league this postseason. He plays with extreme confidence that rubs off on his teammates and elevates them to an even higher level. This playoff run he is averaging 29 points and 10 assists. His shooting percentages are not the greatest, but you would never know that by watching him play. He thinks every shot he takes is going in, and doesn’t let consecutive misses deter him from putting up shots he knows he can make.

On the internet Trae is known for his deep three-pointers which of course got him slapped with Steph Curry comparisons. They both have range, but Curry is a much better overall shooter. The more accurate comparison is Steve Nash. Trae may be the best pick and roll operator in the league as his lob passes find his teammates hands with a feathery touch, and his floaters are maybe the best in the league.

Trae has taken on the role of the villain and is thriving in it. He had the entirety of Madison Square Garden chanting “F*** Trae Young” and smiled while they were doing it. Then after he closed out the series at MSG, he took a bow to the crowd, solidifying himself as one of the most hated players by New York fans. He likes to draw fouls where he gets defenders on his back, and then puts on the brakes, which causes the defender to run into his back and get a foul called. Fans hate watching it, and as a Bucks fan I can see myself getting annoyed with it pretty quickly in the ECF.

Trae has also garnered the nickname “Ice Trae” for his love of taking, and making big shots late in games. In game seven against Philly, he shot an abysmal 5-23 from the field, which was one make away from mirroring Kobe’s infamous 6-24 game in the 2010 NBA finals. Nonetheless, while being 4-22 from the field, he was still hunting his shot late in the fourth quarter. The Hawks were up by three with 2:30 left, and Trae came around a screen at the top of the key, and with the confidence of someone shooting 70% on the night, pulled up for a 30-footer three pointer, and drilled it to put the Hawks up by six points. It is that sort of confidence that led the Hawks to a victory late in game seven, against a Sixers team that had much more playoff experience.

The Hawks also got help from others in that game, getting 27 huge points from Kevin Huerter, and 17 off the bench from Danillo Gallinari. The Hawks are one of the deepest teams remaining in the playoffs, having 9-10 guys who still get ten plus minutes, even this deep in the playoffs, and they have seven guys who are threats to score from all three levels.

The player to watch in the ECF is John Collins. He has been alright in the playoffs, but will look to step up on the offensive end to earn him the huge contract that he thinks that he deserves. Since Deandre Hunter went down in the second round for the Hawks, Collins will most likely be tasked with guarding Giannis, so this series could make or lose Collins a ton of money.

The Bucks faced the juggernaut that is the Brooklyn Nets in a highly anticipated second round matchup. The Nets were decimated with injuries, and that allowed the Bucks to seize an opportunity. James Harden suffered a Hamstring injury in game one, and missed games two and three, and then returned, but was clearly running at 70%, and lacked all explosiveness. Kyrie suffered a sprained ankle in game four and missed the next three games.

The Bucks still were tasked with stopping one of the best scorers of all-time in Kevin Durant. They tasked PJ Tucker with KD, and although he still put up video game numbers, he made him work extremely hard for those buckets.

The game went to game seven, which ended up being one for the ages. The game went into OT on a ridiculous buzzer beater from Kevin Durant, but on his attempt to tie the game at the Buzzer in OT, his fatigue showed and he airballed, allowing the Bucks to move onto the ECF.

Giannis was incredible in the series, averaging 32 points and 13 rerounds a game, and picked up the slack for teammate Jrue Holiday, who didn’t shoot the ball as well as the Bucks would have hoped, but still showed up in big moments.

Khris Middleton started slow in games one and two, but found his shot the rest of the series and was huge in the Bucks advancing. The Bucks x-factor has been Brook Lopez throughout the playoffs. He fired a ton of threes during the regular season, averaging four a game, but has that down to three in the playoffs and has been using his size to dominate on the offensive glass and getting crucial second chance points. He is averaging 13 and 7 so far, and will have a length advantage over Clint Capela and could be a key if the Bucks want to move onto the finals.

The Bucks success will be most strongly determined by Giannis, and if he can impose his will in a playoff series once again. Giannis vs. Trae was not the ECF matchup that people expected, but it will be entertaining nonetheless, and whichever teams makes it to the finals will have tons of moment from an unlikely playoff run.