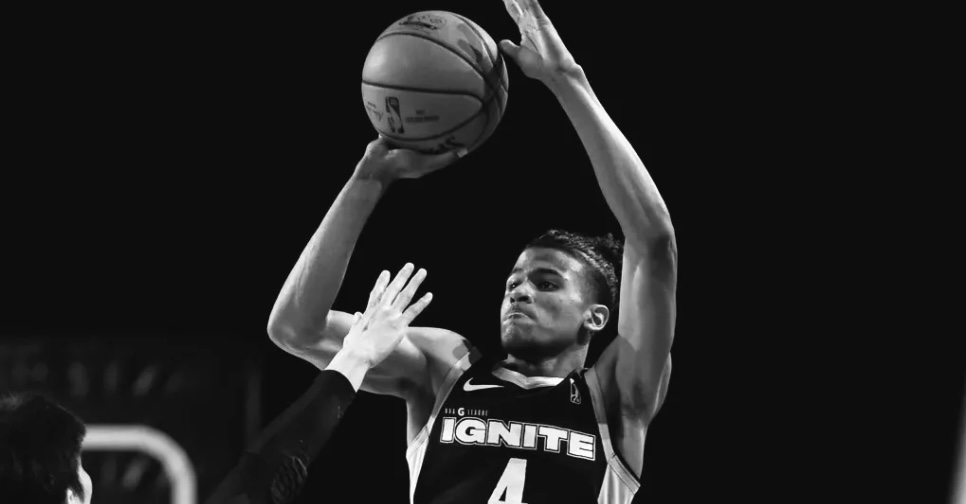 1) Jalen Green, G-League Ignite – Playing in his first professional season with the G-League Ignite Jalen averaged 17.9 points, 4.1 rebounds, 2.8 assists, and 1.5 steals per game. Jalen is a pioneer and a leader for young players that want to choose a different route other than college and can still make it to the league while securing a degree through the program the NBA has set up with the G-League. Jalen showed his strengths this season with his ability to score in a variety of ways making him capable of being a three level scorer in the NBA. One area that Jalen will need to improve in is his being a streaky shooter at times. Jalen looks poised to be a franchise player entering this years NBA Draft and the #1 SG prospect.

2) Cameron Thomas, LSU – Cameron Thomas is a bucket getter no questions about it. When you look at shooting guards in this class none were scoring the way Cameron did and he is a freshman which is insane. Cam is so smooth and so skilled the way he plays on the offensive end. Cam has shown early signs of being a very good three level scorer at the next level. Cam’s first step is next level and will really help him as he adjusts his game to the NBA.

3) Moses Moody, Arkansas – Moses had a standout year at Arkansa where he led the program to the sweet 16 while averaging 16.8 points and 5.8 rebounds in his lone season at the University. Moses will be Arkansa first one and done prospect in school history. Moses’ frame at 6’6” makes him an intriguing prospect with that size and length to defend multiple positions while being able to create shots for himself. Moses’ limitless ceiling makes him an exciting shooting guard prospect coming into the 2021 NBA Draft.

4) Keon Johnson, Tennessee – The first thing that jumps out at you when you watch Keon Johnson play is his athleticism. Keon possesses all the tools NBA teams look for in a player. Even though he needs to improve as a shooter and ball handler as well, getting to develop in a NBA system will help with that transition. Keon has already shown flashes of being a great physical on ball defender which is good for him as he looks to come in the league and develop into a two way player down the road.

5) James Bouknight, UCONN – James is a very talented scorer and his offensive game will translate effortlessly to the NBA. James is underrated when it comes to his craftiness but his ability to make plays with the ball in his hand is what separates him from the rest. James has a toughness to him with his ability and willingness to rebound and defend that will help him a lot at the next level.

6) Josh Christopher, Arizona State – Josh Christopher coming in at 6’5” and 205 is already one of the most dynamic scorers in this draft. Josh is at his best when he is creating his own shot and using his frame to his advantage to score in the lane. He has shown his ability to be a three level scorer which will be big for him as he adapts to the NBA game. Josh has sneaky athleticism that will shock a lot of people when they see him in transition.

7) Nah’Shon Hyland, VCU – Hyland has a very nice first step and can really handle the ball well. Nah’Shon is a lanky guard that has a score first mentality that separates him from many other prospects. During his sophomore season Hyland is shooting the ball at a very high clip after shooting 43% from 3 after his freshman season. Hyland has shown blow by speed and is very quick in the lane. His ability to be a creative finisher around the rim makes him a prospect with a lot of promise.

8) Chris Duarte, Oregon – Chris is a big guard and for his size has a beautiful 3 point shot. His ability to shoot the ball at a consistent clip will help him a lot as he plays in the NBA with a lot of early opportunities being catch and shoot and off ball screens. Chris is a very active defender that gets his hands in the passing lanes and is known as a solid defender. Chris will bring an energy with him to the next level that will help him make a difference on the court in transition offense and running the floor. A little bit of an older prospect being born in 1997 but can be a contributor from day 1 depending on his 3 ball translating to the NBA.

9) Josh Primo, Alabama – Josh is a very known shooting guard prospect with an emerging offensive game and great physical tools. Josh’s frame allows him to finish through contact mixed with his leaping ability, making Josh an intriguing prospect. Josh struggled at times with his shot but showed promise of improving his jumper. Josh has a nice touch and a knack for scoring the basketball so this is something he can lean on as he enters this new journey in his life.

10) Austin Reaves, Oklahoma – Austin comes in with a versatile frame that allows him to play a couple of different positions. He enjoys doing the little things that make a difference like taking charges and rebounding at the guard position. Austin is a crafty scorer off the dribble and a decent shooter from mid range. Austin lacks an elite first step and that hurts him on offense and defending when it comes to guarding quicker players. Austin comes in as an older prospect but he can make an immediate impact that can help an organization win.