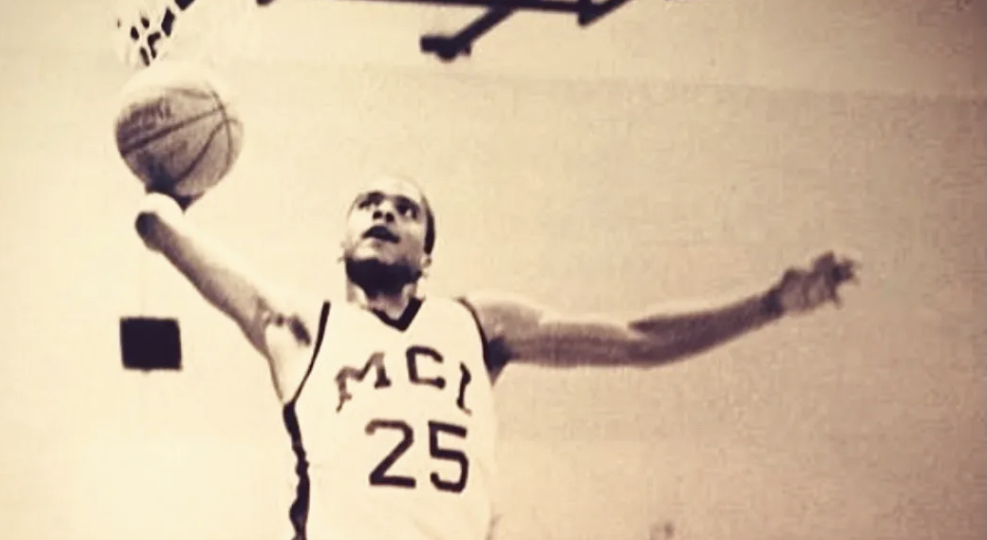 Karlton Hines who was known as Dunkin Hines grew up in the Soundview area of the South Bronx. His game was a man among boys and when he comes to the court you better be ready.

Hines was a very tough minded player and can dominate at both ends on the court. He was ferocious inside the paint and he will dunk on you or block a shot. He was NBA ready and a potential future lottery pick.

Hines enroll at Manhattan Center High School in Spanish Harlem and started on varsity as a freshman. He help the Manhattan Center to the 1986 PSAL Championship before losing to Lincoln. Hines will play with the Gauchos AAU squad and put up big numbers in Citywide, Super Eight, and Golden Hoops in the Summer.

In his sophomore season Hines started to get recognition from across the country as one of the top prospects. His game started to get known and continued to produce. Then in his Junior year in 1987 he transferred to Maine Central Institute a prep school. Hines averaged 26 ppg, 6 rpg, and 5 apg and he choose Syracuse.

In his senior year he was homesick and return to the Bronx and attend Stevenson High. Due to using a false address, he was ruled ineligible to play at Stevenson. Then he drop out of high school and decided not to attend college. He surrounded himself with the wrong crowd and chasing the fast money. In addition, he spend time in jail as well.

Here was a player blessed with a God given talent and unfortunately didn’t have a male figure in his life. While he was out on the streets Hines was still working on his game.

In April of 1994 Hines trying to make a comeback and plan to tryout with the Westchester Stallions of the United States Basketball League. However a few days prior to trying out Karlton Hines was shot and killed in the Bronx at the age of 23. Hines was loved by his friends and family in the community. He is one of the greatest players from the NYC not to make it to the NBA.