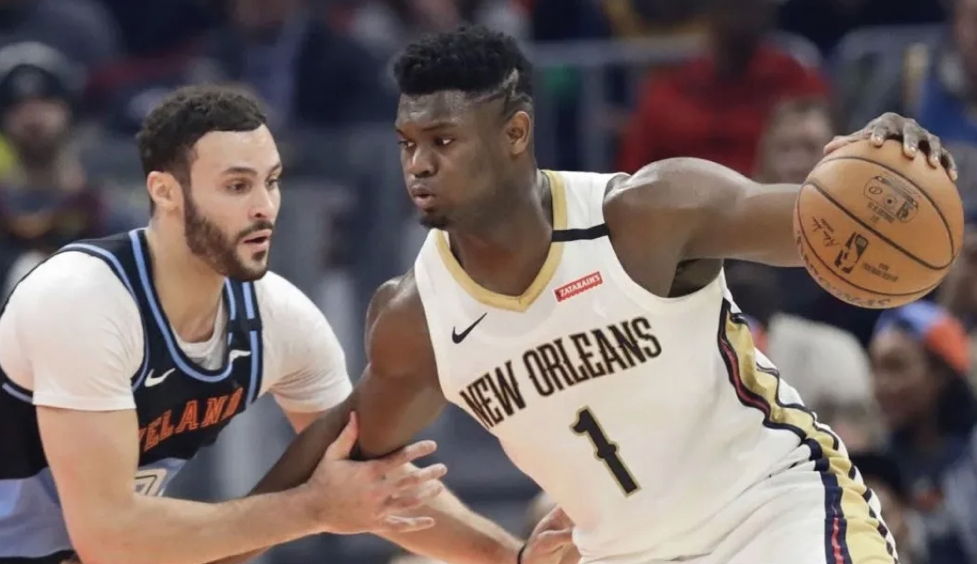 The glaring red flag here is that the New Orleans Pelicans currently sit at 11th place in the west with their recond of 25-30, and to reach the play-in tournament to fight for a spot in the playoffs, they need to be seeded at least 10th. With that being said, they will be fighting with the Spurs and Warriors for either the 9th or 10th seed. The Spurs should stay in the play-in tournament picture with the veteran leadership of Gregg Popovich on the sidelines and Demar DeRozan leading the young guys on the court. The Warriors, however, are in considerable danger, having just lost their standout rookie, James Wiseman, with a torn meniscus. Steph Curry can’t score 50 points every night and lead the Warriors to the playoffs. I expect the Pelicans to overtake the Warriors and end up in the play-in tournament.

What makes me think they can do this is based on one reason, their offensive firepower. This is led by the number one draft pick in the 2019 draft. Zion Williamson was one of the most hyped-up prospects coming out of college in the past 20 years, yet already in his second year, he might be underrated. His baseline stats are 27 points, 7.2 rebounds, and 3.7 assists per night, but his impact goes well beyond the stat sheet. He is right up there with Giannis as the most dominant paint scorer we have seen since Shaq in his prime.

Zion commands a wall on defense, much like Giannis, but his insanely bulky frame allows him to break through the wall, no matter how strong the defender is trying to get in his way. That is what should make the NBA fear Zion’s development. He is only 20 right now and has almost no jump shot/any way to score outside of the paint. Giannis has developed a bit of a jump shot and is averaging only 1.8 more ppg than Zion. If Zion develops the same type of jumper that Giannis has, it will not be surprising to see the young man from South Carolina lead the NBA in scoring within the next couple of years.

Zion is not alone on the Pelicans, though. Brandon Ingram was able to take home the NBA’s most improved player title last year and has taken his game to another level this year, both as a facilitator and scorer, averaging career highs in both points and assists. He and Zion can alternate breaks on the bench and facilitate the offense while the other rests.

Zion plays only 32.9 minutes on average per night, and Ingram at just 34.5. With the Pelicans fighting for a spot in the playoffs, now is time for Stan Van Gundy to unleash his young stars and let them have a chance to fight for the playoffs.

If they do sneak into the playoffs through the play-in tournament as an eight seed, they will likely match up with the Utah Jazz, who have a good chance of ending up with the NBA’s best record this year. This potential matchup is why I think that the Pelicans can surprise people come the playoffs. The Jazz prefer to slow games down, as they only are the 18th fastest team in the NBA in terms of pace. The Pelicans are by no means a seven seconds or less team, but they have been trending upwards in terms of their pace.

This is in large part to the recent development of point Zion. Van Gundy has been giving Zion more and more primary ball-handling responsibilities as of late. With Lonzo Ball being in and out of the lineup with an injury, all signs point to more point Zion in the foreseeable future.

The reason why this is important is that when Zion grabs a rebound or gets an outlet pass from Steven Adams, he can immediately push the ball up the court and attack the lane before the wall sets up on defense, and doesn’t have to rely on his teammates to get him the ball in his spots.

Zion and Brandon Ingram can go out and do their parts and score the ball, but they will need other contributors to step up on the offensive end. They will primarily look towards Lonzo Ball, who has improved his jump shot since last season and is shooting 38.4% from three this season. They will also need to develop the solution for the impossible task that is making Eric Bledsoe show up for a playoff series. As a Bucks fan, I know all too well about Bledsoe’s shortcomings in the playoffs.

If the Pelicans can speed up the Jazz to playing a run-and-shoot style game and catch Utah on a couple of poor shooting nights, I think that the Pelicans are the team with the best chance to make some noise in this year’s playoffs.